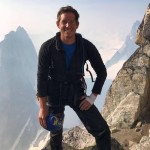 Alex climbed 4 of the 7 summits by the age of 19, including a speed ascent of Kilimanjaro, solo on Aconcagua, and expedition leader on Denali. His career has taken him in and out of the guiding industry, and he takes an “all of the above” approach to adventuring from alpine climbing around the world, to canyoneering in UT, to skiing and ski mountaineering at home in Colorado. You can connect with him on instagram at @shockleystuff

For context: This review is about the 183 length, I live in Colorado, I'm 31, 6'1" 180lbs, I'm a type 3+ hard charging aggressive skier, and I wanted the fastest and most aggressive skis I could find that could cover the whole resort on the days without any new snow.

After 6 seasons mostly on my all-mountain skis with a 110mm waist, and my touring skis with a 108mm waist, I decided to cave and invest in a narrower, more groomer oriented, ski for those resort days without any new snow. I demoed a few pairs (Noridca Enforcer 93s, Navigator 90s, and Armada TSTs) that were all noticeably lighter and better carvers than my all mountains, but the Orbs felt like I was competing in an entirely different sport.

The energy transfer from flexing out the long camber is quick and responsive and immediately apparent from your first turn, and the flat(ter) tail really locks you in until you're ready to transition to the next edge on a medium-long turn radius. These skis demand to be driven as hard and fast as you can handle, and they completely redefine the age-old cliche of "riding the rails" - so much so it took a few attempts to re-master the abrupt hockey stop because they are that reluctant to give up the edge.

What is equally surprising is how well they handle the crud. They're about the same weight as my fatter touring skis, but when I take them into the early morning (i.e. still mostly frozen) ~2 day old chopped up powder, they're plenty stiff enough to virtually eliminate chatter and with the early rise wider tips they are more than capable of charging through without skipping a beat or bucking me the way I experienced on the Nordicas.

The Orbs aren't for the faint of heart / more casual skier, but if you're looking for an aggressively hard charging ski capable of covering the whole resort on a no-new-snow sort of day, you'll be hard pressed to do better than these. If there's anyone out there capable of surpassing their speed limit, I don't want to meet them.