How to Measure:
Measure the circumference of your head around the widest point.

POC's Ventral Spin Helmet is touted as the most aerodynamic, well-ventilated, and safest road helmet ever produced by the Swedish protection experts. Its name takes inspiration from the guiding scientific principle behind the helmet's design: the Venturi effect. This scientific principle states that by constricting airflow in a choke point, the air pressure subsequently drops as it gains velocity. POC's engineers used this guiding principle to maximize ventilation by sculpting massive airflow vents in the front, which channel air inside constricted channels over the top of your head, then out from large exhaust ports along the sharp, trailing rear.

Really disappointed in this helmet. The fit works really well for my head and I love the way it looks...but the straps are way too small. Fully extended they don’t reach the bottom my ears. I thought I was missing a way to adjust them further but digging into more reviews it seems like this is a common problem. Apparently POC made a running change, so it is possible I got an early production one. Maybe you will have better luck. Regardless, this shouldn’t be an issue on a $300 helmet. POC should be ashamed for bringing a mistake like this to the market.

This helmet is comfortable, light, looks good, and is supposed to be very safe with the Spin technology. I hope I never find out!

After wearing Kask for many years, I've found POC. First got a Trabec for mountain biking. Next was the Ventral Spin for road. Very comfortable and lightweight with major breathability - which is good for Arizona riding. Runs small so I had to return medium for large. 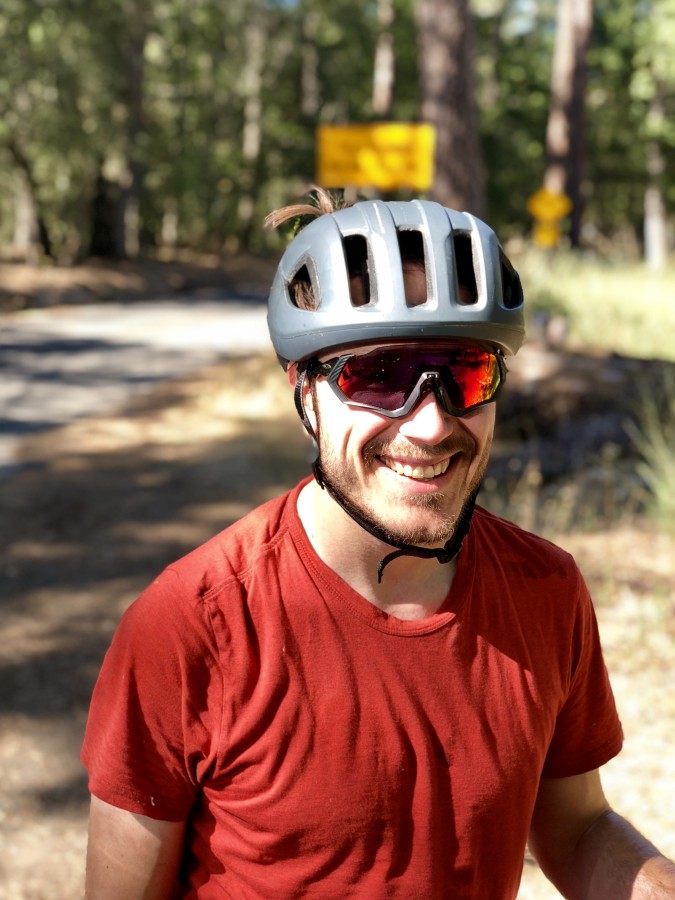 was super stoked for this helmet,

but it didn't fit, too small. and in a weird way. The ear straps barely fit over my ears and it was more the tightness of the harness and pads along my forehead that put pressure on my head, rather than the overall shell size.

Anyway, my grape is about 58-58.5 cm for reference, and a medium in all other POC helmets fit perfectly, but this in a medium did not. I'm not willing to go large, I just can't see the point of that.

I'm a solid POC guy and love my Octal X, so I tried on an Octal X Spin as well, and it didn't feel right either, so I'm beginning to think it's the Spin padding/configuration.

I just ordered a Raceday, because 10/10 I will love that.

And a huge shoutout to my gearhead, Connor Johnson, a dude who is an invaluable asset when it comes to online shopping for gear. If you don't have a gearhead yet, or yours lags, give him a shout at cojohnson@backcountry.com. My stoke level with him is RAGING. 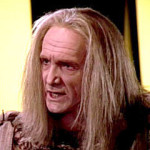 Thanks for the great review and kind words here! Much appreciated!

POC comin' out of the gates with another show-stopper of a helmet. The Ventral is very easy on the eyes, and feels pretty fantastic on the head. Full disclosure - I did not end up keeping this helmet due to my head not fitting the shape of the helmet - but I had to really convince myself to return it - due to loving everything the Ventral had to offer.

Sleek colors (matte black, hell yes) great looking profile - and absolutely spectacular ventilation. Seriously - I walked through my living room with this thing on and could feel the air being channeled through the front - and out the back. The SPIN system is a great new alternative to MIPS - removable pads, extremely comfy and squishy - you really get what you pay for here.

My last note being the fit - I have a 60cm (ish) dome - and it's on the oval side of things. I really wanted to make the M fit, and it did, but it was designed to encompass more of a circular head shape. L fit well, but just didn't feel like always having it cinched to 100% on every ride.

I have worn Giro helmets for years and I am also the kind of person who generally sticks with what works - which is to say, I seldom change for its own sake. WhenI started looking at new helmets, I knew I wanted updated safety and aerodynamics. I had looked at Giro's offerings. The Synthe had mixed reviews on how MIPS was incorporated and I wasn't sold on the looks of the Vanquish and its integrated shield. I was always interested in POC's safety-first approach to gear and I had a love-hate with their eccentric, vaguely retro style (think Hesjedal's aviators).When the Ventral started appearing in reviews I immediately liked that it wasn't as mushroom-y as their initial range of helmets. I also liked that they had incorporated their latest MIPS iteration. I have no idea if this makes any difference and the plan is not to find out, but more is better in this case.
A couple things of note about this helmet: First, I stuck with Giro because they just fit so well. POC's fit is different to be sure. It comes down further in front, but it doesn't interfere with vision or sunglasses. It did fit me a bit more loosely than my Giro, but again, not to its detriment. Based on the other reviews, I may be in the minority in terms of fit. The next is that the straps are a little different to work with and POC is a little light on instructions. It's sort of a stare at it until the logic becomes clear situation, but you'll get it. The venting seems quite good but I do well in the heat, so I may not be the best guide. Surprisingly, their sunglasses garage idea is waay more fiddly than you would expect - even with their own sunglasses. You have to push them in and down a bit. Beyond that, though, I am really pleased with this helmet. It looks very good. Its aero and safety capabilities I will just take on faith. I have finally found an alternative to Giro.

Having used the Bell Star Pro Shield for two years, the vents are a breath of fresh air. I've had it for about a month now but I've had no performance complains to report.

I wear a medium for almost everything but this ran a bit small for me.

Got this helmet as I have always been a big fan of POC helmets. First off the helmet if going to fit slightly small and not as low on the brow as the Octal helmet. That being said the helmet still fits great and the SPIN pads, in my opinion, are more comfortable than MIPS liners. If you have questions about the fit please feel free to reach out to me. 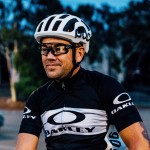 Light and Aero. I have used it now only about 100 miles. I will update in the summer when temps rise. I bought a Large and have a 62cm Head. Fits ok. I could have went up a size but this large works.

Always wanted to have a POC Octal but the medium size doesn't fit my head and the large is just huge. However, the Ventral in size L just fits perfectly. Compared to the same size Octal it is a bit narrower and doesn't make me look like a mushroom. Fit and adjustability are great, it's lightweight and very well ventilated. The build quality is great as well. If it was just a bit cheaper...

My review rating is low only because of fit expectations from the Octal / Octal Aero. Construction is solid. Vents are way better than the Octal Aero shell. My major gripe is the fit. POC made the Medium slightly smaller and it comes nowhere close to fitting my head. I have 3 Octals all size Medium, and I had to size up to Large. At first I thought I could pull it off, but it is just "too big" compared to my old Octal helmets. The internal shape seems different too judging by the way it sits on my head. I'm really disappointed that I cannot make this helmet work for my head considering they had a good thing going with the Octal. I was really looking forward to it!!

Brian, thanks for your comment. I was about to get a couple sizes as well (I had the octal in M) . Feels the L way to big even with a winter cap? Or do you mean the helmet itself is just massive in L size. I have a 58 melon and the Octal M si perfect! thanks

Abel, I have a 58 melon too and the Medium Ventral came nowhere close to fitting on my head. :( The Large felt too floppy as they appeared to change the internal shape a bit too. I think with a thicker winter cap it would be a good fit though.

thanks Brian, thats helpful. It's a bummer because the Octal M is a great fit by itself and with a winter cap as well. Guess I'll try the ventral when I get the chance. Happy riding

Hi, whats the weight of a size M?

Do the ones currently in stock have adjustable straps to lower around ears? Read a review elsewhere they were short on the first production

Hey Kyle, the ventral spin indeed has adjustable side straps to adjust for ear height - it has fused end straps, so the degree of lowering is finite - but adjustable nonetheless. Hope this helps!