Propel yourself up climbs and speed into orbit around the competition with Pivot's new cross-country race rocket Mach 4 SL Carbon Bike Frame. This speed demon is built with weighty goals in mind, in particular, shedding as much as possible, and we think that Pivot's engineers did a damn good job, as they drop a whopping 300-grams (three-quarters of a pound for those who prefer to keep things imperial) off of its predecessor 429SL. It speeds forward with race-runed geometry that's roots combine the coveted Mach 4 and 429 SL with a sharp carbon layup for stiff, but feathery stature that won't weight you down. But don't let this lightweight demeanor fool you — with steep geometry, 29-inch wagon wheels, and a new vertical shock layout, this rocket is eager to attack climbs with speed of a puma, and lace its way through technical rock gardens as you soar to the front of the pack.

As we've seen throughout the bike industry, the Mach 4 SL takes on the popular trend of longer-slacker, but doesn't go overboard into Trail territory, pulling the head tube out to just 67.5-degrees (paired with a 120mm fork). Compared to the previous 429 SL's 69.3-degree head angle, the Mach 4 SL's head tube will lend the slacker angle to a bit more stability on descents, so you can take on steeper drops, and chunkier rock gardens without your bike feeling noodly under pressure. But this is a cross-country machine after all, and with pedaling being top priority, Pivot's engineers make things steeper in the hind-quarters, moving to a prime perch for power at 73-and-a-half degrees — ideal for speedy power transfers, and staying forward when you're out of the saddle and mashing up steeps.

Speaking of pedaling platform — if you're familiar with Pivot's Mach 4 and 429 SL, you may be looking at the rear triangle with a puzzled gaze, as its shock layout shifts tremendously. While the Mach 4 SL still carries on with the coveted DW-link, Pivot's designers opt for a new vertical shock layout. This allows a more compact frame design that uses less material in order to shed weight, and improved integration for Fox Live Valve, should you want to integrate next-level shock control into your steed. This new shock layout offers 4-inches of supple suspension, ideal for gobbling up variable trail terrain, and quieting harsh chatter on the straightaways. Much like DW-link applications you've seen before, the vertical layout still offers phenomenal small-bump compliance, keeping your tires glued to the trail for traction control as you soar up climbs, and a plush mid-stroke to take up the impact when you thought you could turn those two rollers into a double, but ended up taking things a little too far, and landing in the flats.

While the new shock is undoubtedly the highlight of the 4 SL's linkage, it's worth noting that it also affords space for a full sized water bottle (even in size extra-small, or two on the extra-large frame), and creates clearance for improved stand-over height, enabling size extra-small to accommodate riders as small as four-foot-ten, with a stand-over even lower than the 27.5-inch Mach 4 of prior seasons.

Pivot sets up the Mach 4 SL Frame with Fox' Factory DPS shock with 2-position adjust remote. This silky, Kashima-coated shock is ideal for reducing friction as you hammer through the miles, all the while allowing you to make quick switches between firm and open as you soar from steep descents to long, punchy climbs. The frame uses Pivot's immaculate carbon fiber layup, rivaled for its stiffness under pressure and weight savings. While some brands may opt to gender their bikes as male and female, and tweak the geometry to accommodate, Pivot's designers believe that women and men are equally capable on the trail, and opt instead to custom tune size-specific carbon layups to best fit riders based on their height, enabling shorter riders to get the same leading edge performance from their steeds as riders who measure in at loftier heights, and that's an idea we can get behind. The frame comes ready to be built up with 29-inch hoops of your choice, and is ideal for running either a 120-millimeter fork for more all-mountain trail capability, or a shorter 100-millimeter option if you want to max out your cross-country PR's.

I thought I'd narrow my list down on what XC frame I am building this winter, after spending the last 3 weeks on the Mach 4 SL my options have a new contender. It's a fantastic XC frame, light, nimble, throws around easy. Climbs as good as my legs will climb. I rode it over some fairly rugged terrain in southern Utah as well and my regular XC training grounds near home. I was comfortable right out of the gate and was confident in everything we rode. suicidal tendencies in Santa Clara UT. has some tricky spots and I felt right at home. On the packed fast stuff it was stable and I adjusted to a new bike quickly. I rode with a 120 fork and eagle X01 just for reference, which is what I've been riding on my bike for a couple years. I would highly recommend checking out the 4 SL if you are doing a new XC rig. it really is one of the best. 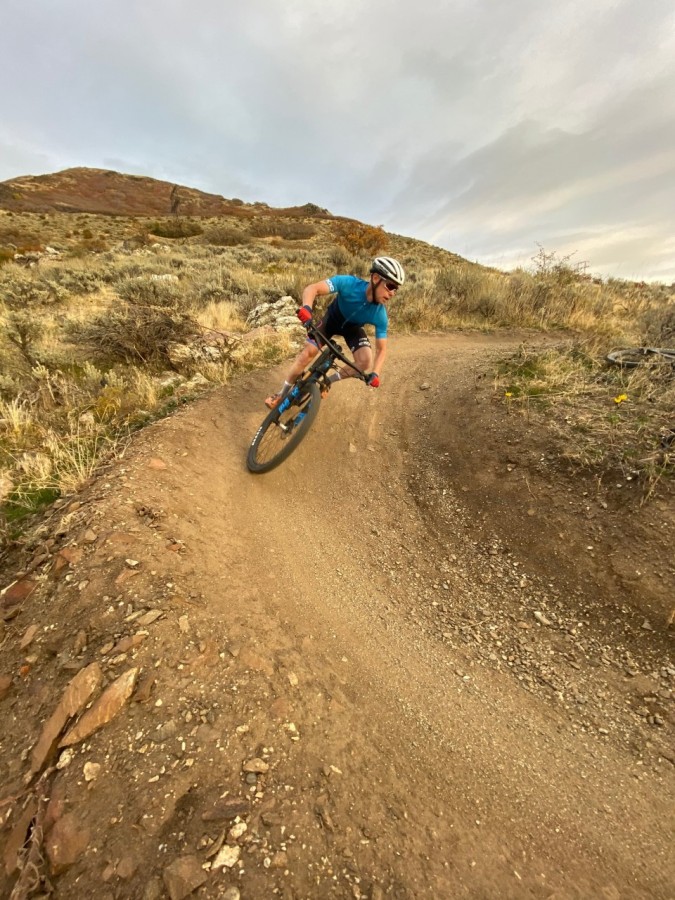 Kyle, what else was on your list that you were comparing it to?