We're used to seeing Pinarello Dogmas on the top of the GT leaderboard and on the podiums of classic monuments. It's true that Pinarello builds fast racing bikes but they also build endurance machines that probably best serve the majority of riders and these bikes receive no less R&D attention. The 2018 Gan K Disc Ultegra Complete Road Bike supplies the means for the long-distance cyclist to knock out fondos and all-day epics and you'll just need to supply the heart, lungs, legs, and desire.
The Gan K Disc builds on Pinarello's racing pedigree with its precise carbon fiber construction and adds a full Shimano Ultegra drivetrain and disc brakes. Allowing this bike to excel in an endurance environment are the tweaks found in the frame's geometry and the inclusion of powerful hydraulic disc brakes. Together, this results in a bike that loves a challenging, epic ride in whatever the weather conditions happen to be.
The Gan K is as stiff as a racing bike needs to be but it's just as focused on comfort as it is on efficiency. Looking at the numbers, compared to the Gan S, the Gan K has slacker seat and head tube angles, a longer chainstay, the comfort-oriented FlexStay seatstays, and a shorter reach and taller stack. While these variations are as subtle as a few millimeters and degrees, the net result is a longer, more stable wheelbase and a cockpit that situates the rider in a more upright position.
The Gan S borrows heavily from the Dogma F8, so it's mostly a race bike, through-and-through while the changes to the Gan K means it's less of an unforgiving bruiser and more of a smooth rouleur, a bike built for tempo mileage across rolling terrain rather than blasting up every climb and sprinting for every street sign. The Gan K is all about stability as it easily nails the apex of every turn and doesn't get frazzled over rough roads. Helping bolster this stability are the front and rear thru-axles, which improve the hub/dropout interface, where a lion's share of the loss in handling and power transfer through flex can occur.
Comfort and stability can be found in a beach cruiser too so it's worth noting that the Gan K is built by one of the world's premium bike brands, so it benefits from all the race-frame expertise that Pinarello dumps into its World Tour dominating Dogma with a slightly lower grade of carbon fiber. Comparing it to the Gan S again, the Gan K features T600 carbon instead of the S model's T700. That lower modulus means that it takes slightly more material to hit the same level of stiffness, which means a little added weight.
The extra grams don't amount to much and may even be welcome considering that the slightly beefier construction dissipates more noise over the chip seal so you can pour on the power and open a gap while the anorexic climbing bikes rattle about. And if you're obviously not too concerned with weight, why not step up to the improved modulation and more confident stopping power of disc brakes? Not nearly as blasphemous as they once were, wheel, frame, and component companies are on board and frankly, we are too.
Finally, a note on bottom brackets. We know you're weary of trying to keep up with the latest trends and standards. Hell, we are, too. For all its innovation and forward-thinking design choices, Pinarello remains decidedly low-tech in the bottom bracket shell. The Gan K Disc features an Italian threaded bottom bracket, which forgoes the lighter and less expensive method of molding PressFit recessions into the frame in favor of CNC-machined inserts. The result is a more precise interface that reduces creaking and pops while simultaneously increasing the longevity of all parts involved.
Learn more

Coming from a 10-year-old Specialized, I took my time deciding what to buy. I rode several models and found this to work out for my needs. I do a lot of hill climbing (Utah) and it's a solid climber, despite the extra weight of the disc brakes. It crushes on the flats and downs. I haven't noticed a particular advantage of the asymmetrical frame, but I have noticed my speed and times have increased on my favorite rides. I'm a big guy (6'4" 205), so I did need to get a 28-tooth Ultegra cassette for steeper climbs (which looks like it comes stock now). It's a slick looking ride. The cockpit is slack enough to be comfortable on long rides. I've done close to 1K miles (including a couple centuries) in the couple months I've had it, and look forward to many more. 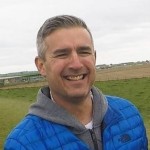 Best Bang for the Buck

Coming from a Canndonale Caad12 105 group set. this bike was a major upgrade in every way. such a solid carbon frame, a bit heavier than the Caad12 but for a reason, this thing handles down hill like a camp, it corners well and just screams down hill so well. and even with the heavier bike it climbs so well. the disk brakes are a nice upgrade too, being able to brake later into corners and just the fact that i now have stopping power. im 6'5 and i bought a 59cm