The sun dipping down makes you admit that you aren't making it back to the car before dark. Luckily, you committed to bringing Petzl's compact, lightweight Tactikka Headlamp along any adventure whether you're hiking, climbing, or backpacking. It's so light and convenient that you can't possibly leave it home no matter what the adventure calls for.
Learn more

My only negative comment is the confusing overlap and changing between the Actik and Tikka line of head lamps. I recently bought my girlfriend a Tactikka Core because backcountry didn't have an Actik Core at the time. It arrived and looks identical to my Actik except the strap, sames specs too, that head lamp is no longer listed and and the Tactikka for sale now looks different. Not a big deal but keep this in mind if you read a review, Petzl keeps changing the names and specs around so check the specs on what you buy. My Thoughts on the Actik which I have: Get the Core battery. I have had several petzl head lamps over the years and am happy with all of them. My current head lamp is the Actik Core, which I have had for 2 years and is still going strong. Its bright, has enough charge for a weekend of camping, and since it's rechargeable I can always know its topped off before going on a trip. AAA batteries last longer, but when packing I always found myself scratching my head wondering how old they were. I bring spare AAAs on longer trips but haven't run out the core battery yet. 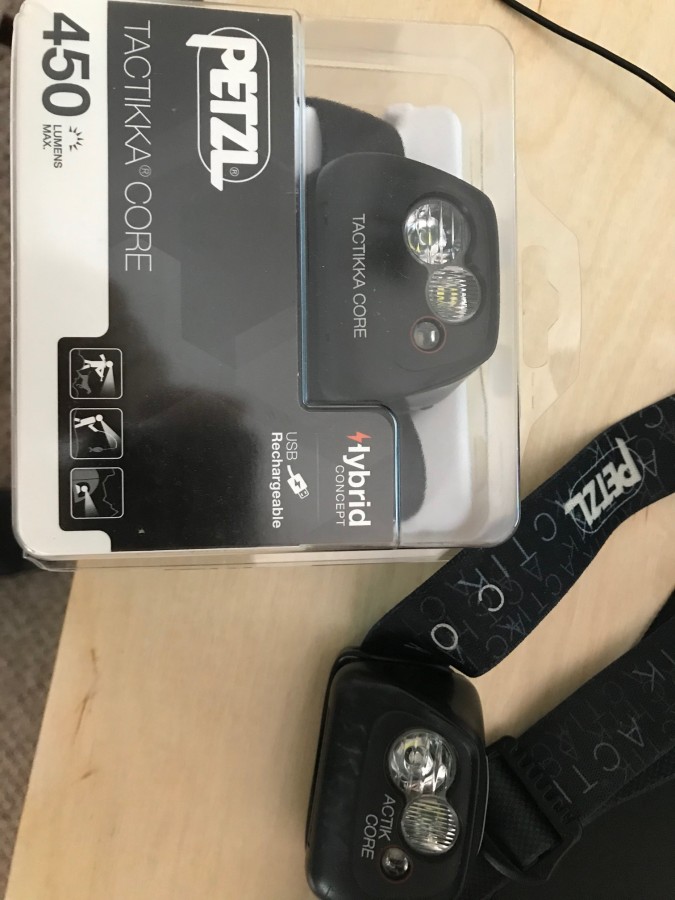