As if the Nao + Headlamp's reactive lighting technology wasn't enough, Petzl went ahead and added Bluetooth compatibility to add a lot more convenience whether you're mountaineering, trekking, backpacking, or trail running. In case you haven't heard, reactive lighting technology automatically adjusts the headlamp's brightness based off the distance between you and whatever you're looking at, so the headlamp will dim if you're staring at a close rock, and if you're looking far away, the headlamp will turn on its high beams.

This technology is so advanced that you might not want it in certain applications, so you can switch from reactive to standard lighting manually or through Bluetooth. The Nao's Bluetooth allows you to connect the headlamp to your smartphone's MyPetzl Light app (downloaded for free) to adjust lighting levels, check battery levels, and even create your own profile with preset lighting levels; for example, you might desire more or less light when you're climbing versus when you're trail running, and you can adjust the headlamp accordingly at the press of a button before you take off.

Got this for a friend, this is what he had to say! "Petze nao + Headlamp is an absolutely killer product! From backcountry skiing at night to working on the truck in the garage it does it all. The straps can be a bit tough to figure out at first, but you’ll get used to them. Download the App, it comes in handy!" 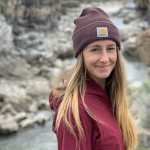 Light up your world

This thing can really pump out the lumens. The ability to adjust and control through your phone makes you feel like a tech whiz even in the backcountry. I found it worked best on a helmet, as its a little heavy for wearing on your head by itself. Easily the highest performing headlamp I've ever used.

The first time I used this headlamp I was blown away with how bright it was. It's the perfect headlamp for night climbing. One of my favorite features on this headlamp is the rechargeable battery. If you are looking to buy a headlamp that will last for years, this is it.

How to customize your NAO+

Petzl video on how to customize your NAO+

I was given this product from Backcountry, but this review is my personal opinion... and the opinion of my son as well. We were really stoked that reach out to us! I have to say that I don't think I would have dropped $200 for this just by looking at it & reading some reviews, and I really didn't expect much.... but Flippin' A .... this thing, as my kids often say, 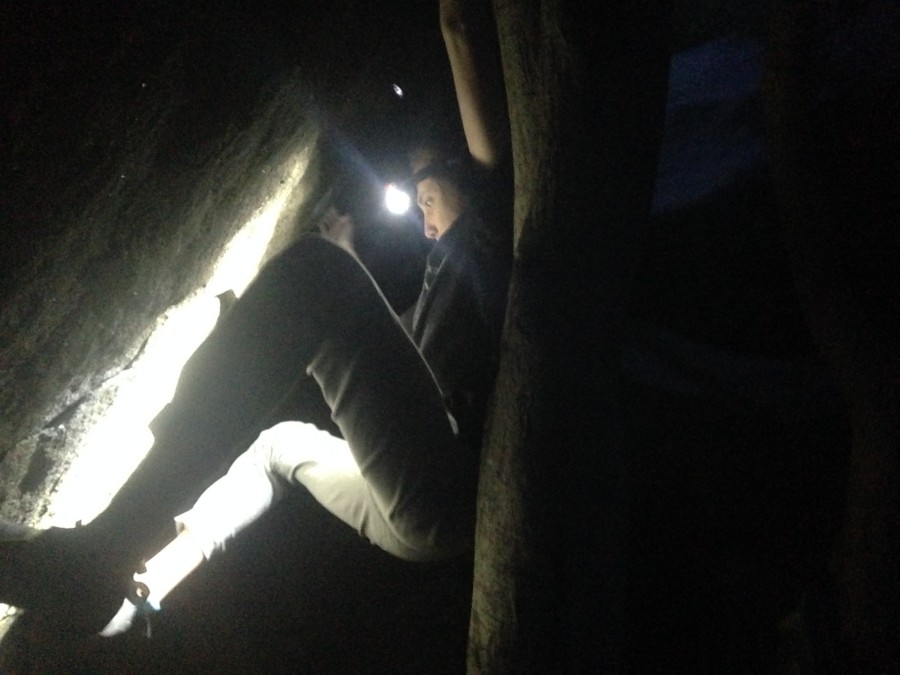 This product has a lot of negatives to it: the bulky design is heavy, the bizarre strapping system won't work on all types of helmets (bike helmets are totally out - or really any helmet that doesn't have a flat you put the torch straps under) , the thing is an ugly duck - lots of demerits. The shining (ha!) star of the NAO is its reactive lighting, which is great, works as advertised, can be customize-able, but the downloadable app is cheesy and customize-able settings are not very amazing. The battery life is honest-to-goodness incredible - most especially because of the reactive lighting saving juice when you don't need it: i.e.: looking at something close up, like what's right in front of you. I don't care about any of those other things I mentioned, because of this killer feature. Except, let's talk about this included proprietary battery. Don't lose it. It's actually easy to lose, since you need to REMOVE it from the head torch itself to recharge. That's horrible design. If you lose it, there's no way in Hell an outdoor shop will have a replacement in stock, and there's a good chance in a few years that Petzl won't have one available, either. Try finding a replacement for NAO that's 2 generations old. I'll wait. Let's talk about the battery itself. Open it up, and you'll find what's basically a stock 18650 rechargeable lithium battery! EXCEPT, there's all these specific electronic parts soldered on, so you can't just pop in a new 18650 battery and be good, you need all the custom electronics. Petzl made that design intentionally - you can't swap in a 18650 and be good, you gotta buy a new battery pack from them, if you want say, a backup, or a replacement. Why not, I dunno, keep the custom electronics on the head torch itself and not soldered on the battery? Like I noted, replacements are hard to find, even online, and Petzl doesn't make it easy to get a replacement for older version's of the NAO - Every version of the NAO comes with a slightly different battery pack - they're not interchangeable. So you're SOL if you ever lose that battery pack. Which is a shame, since the actual battery itself is just wrapped in proprietary b.s., so even if you do purchase a replacement, it's a many times the price of a 18650 markup. Petzl could have done this: have the battery be a stock 18650 you can replace, and also have an easy to way to recharge it through the head torch itself, via a USB plug which doesn't need to be accessed by removing the battery pack itself and using a female to female USB plug (a f 2 f is itself hard to find a replacement for, and yet another different USB chord I need to carry around) In all, the NAO's design screams, "PROTOTYPE", but it made it to production anyways. Great features (REACTIVE LIGHTING), but the package/design is horrifyingly bulky. The new iteration didn't change any of that - you can't polish a turd. "Nao" that I have this headtorch without a battery pack (since I lost it!), it's a paperweight, unless I want to cough up $70 for a replacement battery. That's right: $70! 40% of the entire price of the light. For a $3 18650 lithium battery, and probably $1 worth of custom electronics. Bad show, Petzl! 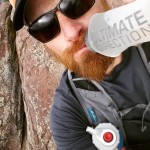 I was given this headlamp as a gift last December. I've owned and used a number of headlamps from Black Diamond and Petzl, and this one is my favorite so far. This headlamp can get very bright! The reactive lighting feature works well and saves eye strain when moving from bare ground to snow to campfire, and I've noticed that it's less bright when there's a full moon (as it should be). Aside from outdoor activities, I use this headlamp while skating around town at night and it works well near traffic too. The knob on the side of the headlamp that you rotate to turn on the light and cycle through the modes is easy to use even with gloves on, and the action is responsive enough. I've used the headlamp with beanies, ball caps, and a helmet, and had no trouble with fit or keeping it on my head. Though it's not the lightest headlamp, it's nicely balanced and hasn't felt cumbersome on my head while wearing it. The battery life is good (I rarely use the brightest setting) and the USB recharging is a nice feature. I haven't tried to use the programmable features with this headlamp, so I can't comment on the usability of the app or Bluetooth or whatever. It seems a bit silly to me to program a headlamp. My only complaint is that, when you turn the headlamp off, the light automatically blinks on and off once or twice to confirm shutoff. I'd like the ability to turn off this feature - admittedly, it may be something I can turn off by using the app programming. 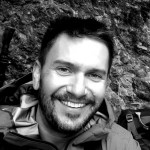 Does this lamp fit over a helmet? 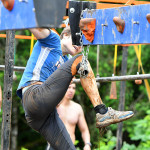