Petzl's Grigri has become a standard in the climbing community over the past decade. Climbing gyms now test on them, and a lot of elite climbers rely on their belayers to use the Grigri for its dependable assisted braking and slack-feeding. Petzl simply nailed the balance between assisted braking and slack-feeding with this contemporary model of the Grigri Belay Device. For this newest model, Petzl expanded the rope diameter by optimizing the use specifically for ropes ranging from 8.5 to 11mm. After doing all the research, there really isn't a larger rope diameter ideal for ropes as skinny nor as thick as the modern Grigri. Compared to the Grigri+, this specific model is ideal for experienced belayers and advanced climbers.

Works great, it does take some time to get used to but other than that it works like a charm. It is also super nice to have on long Multipitch routes as it makes it much easier to set up and take down an anchor. 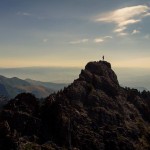 I got one of these babies when they first came out at the beginning of the year; and either I lost it or someone removed it from my gear bag. Meanwhile I looked at and/or bought a couple of the similar devices. Was especially intrigued by the Trango Vergo because a couple of people at my local gym had them and were raving about them. Finally, I asked one of them to show me how they operate. It was a short demo - granted - but I got confused. So, when I was ready to replace GriGri #1, I went with GriGri #2. Bottom line: I would not belay someone with anything but a GriGri nor would I let someone belay me with anything but GriGri. I think the resistance spring inside is stronger than the GriGri2 and GriGri +, meaning feeding rope to a Lead without the cam locking up should be easier. I only Top Rope and lowering with this 2019 GriGri is very smooth. I could not get the hang of a GriGri+, kept triggering the "anti panic" feature. FWIW: I got a Petzl Freino carabiner to go with my #2 here, after I observed one of our guides in Moab working successfully with that combination.

I love this product while I am belaying. I trust myself and so does my partner, but having this device while we are on the mountain gives me extra safety when he may take a fall, I know that if I do slip up I have a second hand to help out. I do recommend taking the time to read the instructions and watch videos to see out it works. Giving slack is pretty easy, but when you first start out it can seem tricky. So give time to practice before going out. Love this product though! 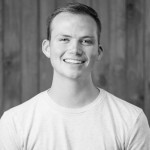 This is a great piece of gear when climbing with inattentive belayers as well as those who are new to the sport. During my first use it became clear that this device does take a lot of getting used to, especially when lead belaying. There is a tendency to lock up when feeding slack if it is not fed through the device calmly. However, should your lead climber take a fall the device is quick to lock. The device its self is very light weight and efficiently sized enough that there is no good reason not to own one.

The Grigri allows for more peace of mind while on the wall and belaying. As a relatively new climber the Grirgi made me so much more confident and comfortable on walls, especially outside. Shooting for a big move is no where near as scary when you know the Grigri is there for back-up. I would recommend this as anyone's belay device if they had an extra 100 dollars to spend (while that is a good chunk of money, safety is worth it).

As a relatively new climber, the grigri makes me feel so much more comfortable belaying and being belayed. While it is more expensive than other belay devices, the security and confidence while climbing is definitely worth the price! As the other reviews state, it is great for top roping and leading. Excited to use it more!

I think every climber should have a Gri Gri and an ATC if you climb in or outside. The Gri Gri is amazing for belaying people on top rope that are working on a hard climb where they will fall a lot and need to rest, the Gri Gri does all the work for you as a belayer and holds the climber with the assisted braking while you sit back and snack. It may take a few times to get use to it since the assisted braking really works well but once you figure it out its so smooth and simple, try it on a few easy routes first. I also prefer to use this if I am lead belaying as well, makes catching a fall much easier on your self. 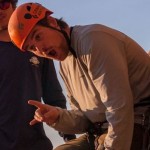 What Can I Say?

For top rope and lead belay, the GriGri is the best in the business though it weighs and costs more than other options. It’s the safest, easiest to use, and lets my 90lb friend belay my 250lb friend . Pretty much what everyone I climb with uses and my gym wont let people lead climb with anything else. 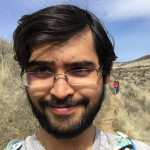 A note for people who read this: a GriGri does not alter physics. Although it will assist any belayer by locking the brake, ultimately the belayer's weight is responsible for stopping the climber and if the climber outweighs the belayer significantly, belaying will be compromised. A device actually made to help with this is the Edelrid Ohm, which can be used with any belay device.

This is much better with smaller ropes than the previous version. No slippage, even with ropes smaller than 9.5mm. The red option is really orange - just a heads up!

Its awesome! Best Belay Device for sure! Really recommend!

Gift for a friend

I got this as a gift for my friend and he LOVES it, super smooth and does the job/ he said he really likes the orange (red) color, the only thing is the color title is a bit misleading on the site.

Got to love the grigri

I bought this specific model of grigri for my buddy, he's been loving it. I own the grigri 2 and can say I love the what Petzl has made with their grigri line. It does take some getting used to when lead belaying. The extra peace of mind when it comes to securely belaying is well worth the price of these devices.

Bought for a climbing buddy. First impression is great. 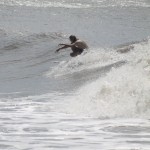 Had to switch from ATC to Grigri after a bad experience and this has given me confidence again, easy to use and feels really safe

The newly improved grigri is the tits, everybody should have one! Bomb proof and smooth as butter!

This is a nice upgrade! Easy to use and smooth.

A great next gen!

Love the new 2019 grigri, the lowering is noticeably smoother and the tiny change to the ledge shape makes it so much easier to give slack without compromising your brake hold. I wish it included the Grigri + stainless steel plate for durability but oh well. Happy with this purchase.

Everything about the grigri makes sport climbing easier and safer when used correctly. I've switched back and forth between an ATC pilot and Grigri for single pitch sport climbs, and for projecting hard routes when hanging time is inevitable, the grigri really can't be beat. Although significantly more expensive than other single-pitch belay devices, the amount of use you can get out of one easily justifies the investment. Belay on!