Evening spins require some special attention to kitting out, and while it's easy to toss on a few lights and reflective accents, adding more never hurts. Since bringing along a spare tube and pump is already a necessity, you might as well make it bright as well, and the Ortlieb Saddle Bag Two High-Visibility bag makes it easy to shine on pre-dawn and evening jaunts. It's built from ultra-bright, PVC-free reflective fabric that hits the mark of fully waterproof with IP64 standards. A 4.1-liter payload has plenty of space to replace a small hydration pack, for tossing in tools, snacks, and a light shell, and the roll-top closure lets you secure your load for a snug fit with easy access. The pack attaches directly to your saddle rails with an adjustable buckle, and an adapter allows you to easily detach it from your bike if you need to run into the corner bodega for a quick candybar stop. An additional hook-and-loop strap secures to your seat post to add additional stability, do the bag doesn't sway when you pedal along your merry way.

Hard to imagine a better bag

Among the hefty number of bags I've bought over many years as a commuter and distance slogger, this one stands out as one of the best for ease of use, adaptability (minimal/maximal loads), and reliability. Having read the reported issue with a Brooks Cambium saddle, I'll report how it goes for me once I get mine, currently on order. For now, I attached the mounting bracket to one of my bikes and found it works as advertised. Then, when I decided to ride another of my bikes I set out to test it WITHOUT the bracket, using removable zip ties instead. Though it's a wee bit clumsy, in the end, again, it was perfectly functional. No stars lost on that score. Though it might be hard to get too excited over something that has such a singular, simple objective, this bag is at least as good as anything I've tried, better than most.

The bag is just as advertised. However, if you have a Brook's Cambium saddle with carbon rails be advised that mounting is an issue with the supplied screws. I was able to install the mounting clip by purchasing 1.5-inch long #10 screws, 32 thread/inch. The mounting clip appears to be solely designed for round rails. The screws that come with the bag are too short to enable connection on the larger sized carbon rails. 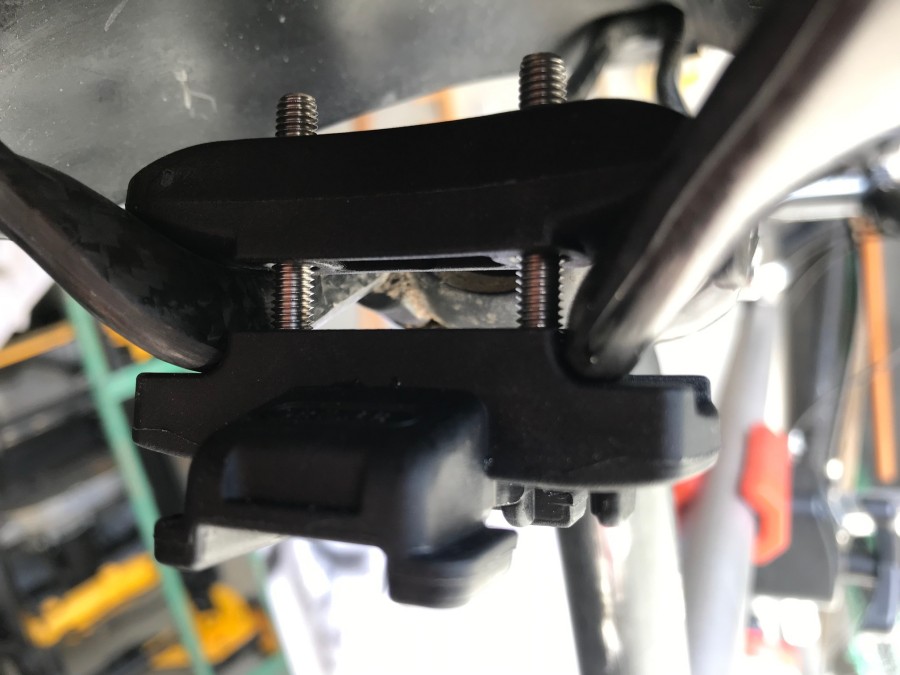 How has it been working out for you so far? I have a Brooks leather saddle and want to make sure it'll fit without having to add that goofy webbing strap Ortlieb sells. I just don't get why they don't make it compatible with the Brooks saddles since they are so popular with tourers

Your review is relevant and helpful, so I just gotta say ... thanks for taking the time to write it!