Your head is one of your most valuable assets, so keep it covered in the lightweight Oakley Mod 5 MIPS Helmet when you charge through fresh powder or lap the park. Not only is the Mod 5 stylish, but it also delivers high performance and comfort. A hybrid construction keeps the weight of the helmet down while ear pads and the comfort liner are removable for even less weight or more ventilation on spring days. It is equipped with a Multi-Directional Impact Protection System (MIPS) that enables a relative motion between the head and the helmet for more protection against rotational motion when you take a fall. The helmet fits like a glove with the Boa fit system that easily adjusts with a turn so you don't have any helmet slop when you speed down groomers. Finally, for ventilation and to help reduce goggle fog, the Modular Brim System (MBS) allows warm air to pass from your goggles, through the helmet, then out the top for maximum comfort.

Purchased these and were super happy with the fit and performance. This season was my first and I rode with these for all my days on the mountain except for one. Took some hard knocks when first learning and in the park with but this helmet protected me extremely well. With that said, the boa dial on the back broke the day before the return period was up. Props for backcountry for honoring their return policy and taking it back. Recommend the quality but the design of the boa dial is flawed in my opinion.

I cant say enough good things about the Mod5. First off, it's beautiful! Even better though, it has as much function as it has style. With the Mips technology, I've had a few nasty wipeouts and wondered I had even hit my head at all. Its lightweightedness takes all the strain off of your neck which means no sore muscles after an unsuccessful send. There is a lot of tech in the Mod5 that makes it much more than just a helmet! I would highly reccomend it.

Poor ventilation. Always air dried immediately after use, but rear boa foam support started to smell rotten 2 weeks after using it. Unable to get rid of strong smell despite washing and Lysol spray. Never had any issues with other older helmets from Smith and other manufacturers. Strongly recommend against purchasing it. Since its over 30 days unable to return it. Not happy.

Perfect helmet for me

This is a fantastic helmet. I love the compatibility with my Oakley goggles,. There was next to no fogging thanks to the airflow design of the helmet. The MIPS technology is great additional protection for falls at high speed. 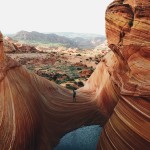