No, we really want you to come.

The MSR Carbon Reflex 3-Person Tent is versatile, lightweight, and spacious enough to fit a third wheel when your roommate insists on joining your meant-to-be-romantic camping trip. Even though the Reflex only comes with two carbon-fiber poles, the design is optimized to provide the maximum amount of living space, so you'll all fit inside when it rains, even if it's not exactly what you had in mind. The PU and silicone coatings on the fly and bathtub-style floor will prevent water from sneaking in during prolonged periods of precipitation, and the zipper-free vestibules keep your gear dry, without adding extra bulk when you're packing and carrying the Reflex.

Behind each vestibule lies a wide-opening door, so your semi-invited guest won't crawl over you and your boo when they have to pee in the middle of the night. On your next trip, you can ditch the extra person as well as the tent body, because the Reflex sets up with just the poles, fly, and footprint (sold separately), so you can minimize ounces without sacrificing comfort. 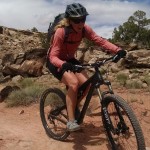 The tent was pretty roomy for its square footage. The design really gives you the optimal space. You could probably sit five people comfortably in a game of cards. I don't think it would have been well ventilated to avoid condensation and that was the main reason I returned it for the Big Agnes Copper Spur 3P. The Big Agnes while it supposedly has more square footage, definitely has less optimal space. I would say you can only fit three people comfortably in the Big Agnes tent, quite the difference, the Big Agnes was also a little cheaper on the sale I picked it up at and lighter too. I am excited for the ventilation system it appears to have.

Is this tent freestanding? I've read conflicting information on this site vs. others.