The Marker Duke PT 12 premieres an all-new binding design that's compatible with ski boots for backcountry touring and resort riding. It has the look and feel of a hardcore freeride binding, but part of the toe piece removes to reveal tech pins for backcountry boots. The detachable toe piece is compatible with alpine ski boots, and it automatically locks onto the binding with four points, including the two tech pins. Both the toe piece and heel offer a 12 DIN for a solid performance in and out of the resort. The burly heel locks back in touring mode, and there's a single heel riser to assist on steep skin tracks. Marker made the binding with magnesium for long-lasting durability, and there's an anti-ice rail to help you get ice off your boots.

The touring toe piece lock-out lever broke during my first tour out on these things. I was on a moderate traverse and apparently the force exerted on the pins was too much for the lever, and it sheared clean. Many people are reporting this exact same issue. Downhill performance is great - I'm hoping Marker can beef up this lever and release a fix. Until then, I'd hold off unless you're willing to risk having to boot-pack out if they break on you during a tour. 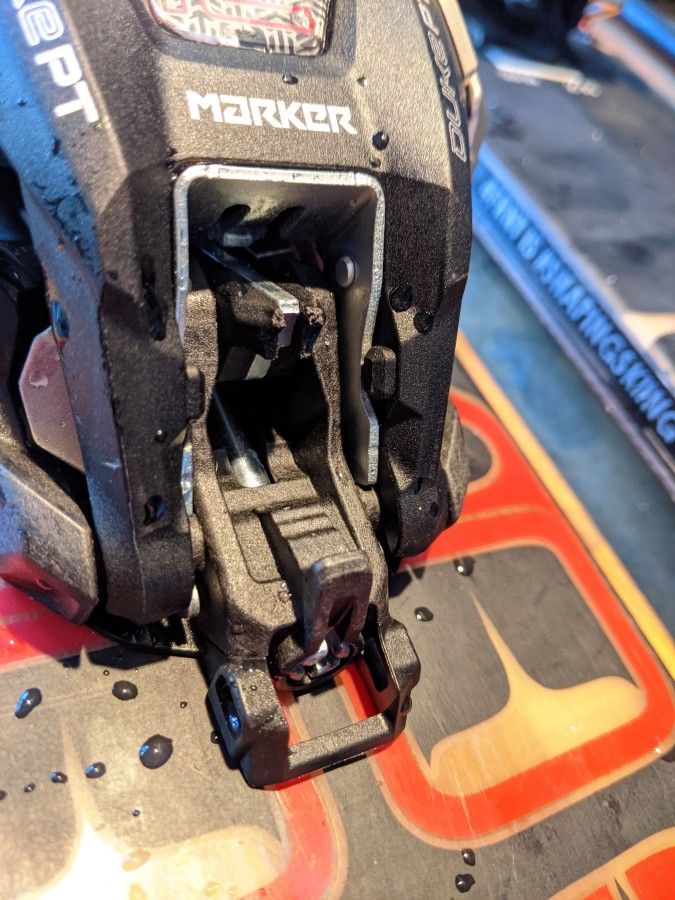 I ride the Duke pt 16. I've been out maybe 6 or 7 days now and my toe lock lever snapped clean off when pushing down on it to unlock the pins. I was at the summit. The springs exploded off the binding and were lost in snow. Seriously, so mad bc this binding is so expensive. The whole thing is made well except that lever. Problem is. That lever is the focal point of the binding. Marker, fix this!