The aptly named Mad Rock Aviator Belay Device wants to help take you to new heights. Built with aircraft-quality aluminum, the Aviator is lightweight and offers optimal heat dissipation while you're belaying. You can belay your second off the anchor and the Aviator is easily rigged for releasing a load when you're at the anchor and need to give your buddy some slack. An ergonomic fin helps you control friction and braking speed during your belay or rappel, and the unique removable spring keeps it from locking when feeding the rope.

I've had him for over five years, used a lot of different strings. Against: At the end of the rappel or after going down the top guide the rope is all rolled up. Pro: hook to lock the rope

This is not a good device. On top rope it works well but on lead it can be really hard to feed slack. for belying of the an anchor this device is down right scary. It constantly locks up leaving your partner with a ton of slack. I am currently running a zip tie in the front loop to hold carabiner in place during guide mode. Its better but still not great. Spend the extra money and get a better device.

I think it works

I really like it, it is a bigger piece of gear and easy to handle, but i found that it does lock up when you first get it before it is warn in, after using it about 5-10 times it no longer grabs as bad as it did. I like the gear because it has a nice shape and it is super easy to take pressure off the auto lock when multi-pitching, the thing i didnt like, was the little wire on the underside of the gear, they say it is meant to help the grab of the rope through the gear, but that does not work, it does not stop the rope from grabbing in fact, with out the metal bar on the gear, the rope does nothing but grab, this is cool but i would recommend finding a different option UPDATE 4 weeks later: After using it several time disappointed to find that it, did not break in as well as i though, it still works really well and while it does not grab as bad as it did when i got it, it still catches and is still difficult to pull slack when on top belay 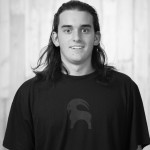 Used it only on my 9.8mm rope for a while, maybe a bit more friction than others which could get annoying, but not too bad.. But I ended up having to use it on a bit of an older, 10.1mm rope. For TR it was fine (I didn't use it on lead, and I use 9.8mm normally), and then I went to clean and rappel. I didn't use my brake hand to slow myself down, I used it to feed the rope through it. Makes it feel really sketchy. So hence, it's just okay.

How does it compare to the smart alpine

I purchased this figuring it was a cheap alternative to a BD guide. I got it and it worked exactly like a guide, until I caught a fall and the metal spring got popped off and list in a sea of rubber. After losing it the device still works just fine for catching, but isn't all that smooth with lowering and locks up the instant you try to pay out slack for a clip. I'm happy the spring didn't stab anyone in the eye, but if your device can be go from decent to pain in the butt with a detachable 5 cent piece, you probably need to redesign the thing. I'm going to give it a 2/5 because it's inexpensive and it works well when the spring is in place.

Works, but not the best

Well, she works. And for the price, it's hard to complain. Does everything the reverso and xp-guide can, and the horn is kinda handy if you're lowering a fat dude. However- the spring doesn't do anything (is removable, though) and with or without it the device tends to jam on the rope pretty hard...which miiiiight be safer, but also is a big problem when someone's leading. throwing out slack just isn't going to happen here, and rappelling's going to be a bit slow and jerky. Also, it's a pretty big piece of metal. much larger/heavier than my old xp (which got stolen, hence my switch to this) that's my two cents. works, but not particularly smoothly

hahahah- "kinda handy if you're lowering a fat dude."

great belay device was able to teach my brother how to load and belay within an hour of use. great tool to climb with