In a dark and dreary world, be seen.

Traffic is hectic enough on a bike during the day, and at night it's a whole different story. You can arm yourself with all of the reflective accents you want, but come dusk you need to up both your visibility to cars and your own line of sight. Throw the Light & Motion Vis Pro on your helmet for a light that covers your bases. A rear red light blinks to alert drivers from behind of your location, and your headlight illuminates your path with a generous 600 lumens on high, with side amber lights for boosting your visibility to cars, capable of strobing for an extra flashy attention grabber. No need to fret if things get wet, the light is certified to be waterproof up to 1 meter under water, so assuming you don't decide to take a mid-ride dip in a lake with your helmet on, you'll stay illuminated for your trip with ease.

Right out of the box, this has a very quality feel. The front light has some heft considering its small size. Total weight is 124g, compared to my NiteRider Micro 750 front-only (111g) that I will use as a benchmark (see photo). The new/improved front light performs quite well for its size, rated for 2 hours at its max 600 lumens setting (compared with the Micro 750's max of 750 for 1.5 hrs). That is plenty to see and be seen. However, I have some doubts about the visibility of the single red LED on the Vis "PRO" model, especially compared with the now discontinued model that had multiple LEDs on rear. The rear red light also has a very subdued "firefly" glow pattern, which slowly oscillates between max/min brightness - visible, yes; but not very attention grabbing. The system has a number of mounting options so you can make this work with almost any helmet. However, this may be easier with some helmets than others. For example, the rear light fits a cutout in my Bell Volt helmet (red helmet) almost like the two were designed to go together; but my Giro Savant helmet (black helmet shown here with the Micro 750) would be more awkward to mount the Vis PRO. It would be smart for L&M to work with one of the major helmet brands to develop a matching helmet and lighting system to achieve a perfect fit without the need for this generic/universal but imperfect mounting. I was disappointed with the instructions, which rely primarily on diagrams that are hard to decipher. Settings and modes are changed with some combination of short presses (1s) and long presses (4s) such as to toggle on/off the rear light and/or enter a "lockout mode" which is NOT explained. However, I managed to get it into rear light ON mode, and simply use short presses to switch between front brightness settings. From what I can tell the brightness settings have no effect on the rear light. The mounting system is desirably simple - an assortment of hook-and-loop fasteners and rubber strap for the front. Though simple in concept, you will want to take some time to think through this to arrive at the most secure position and figure out exactly how you are going to route the straps. Note, this was designed so the L&M logo and button on the front light will be facing up, which requires you to mount the front bracket with the slot facing down. 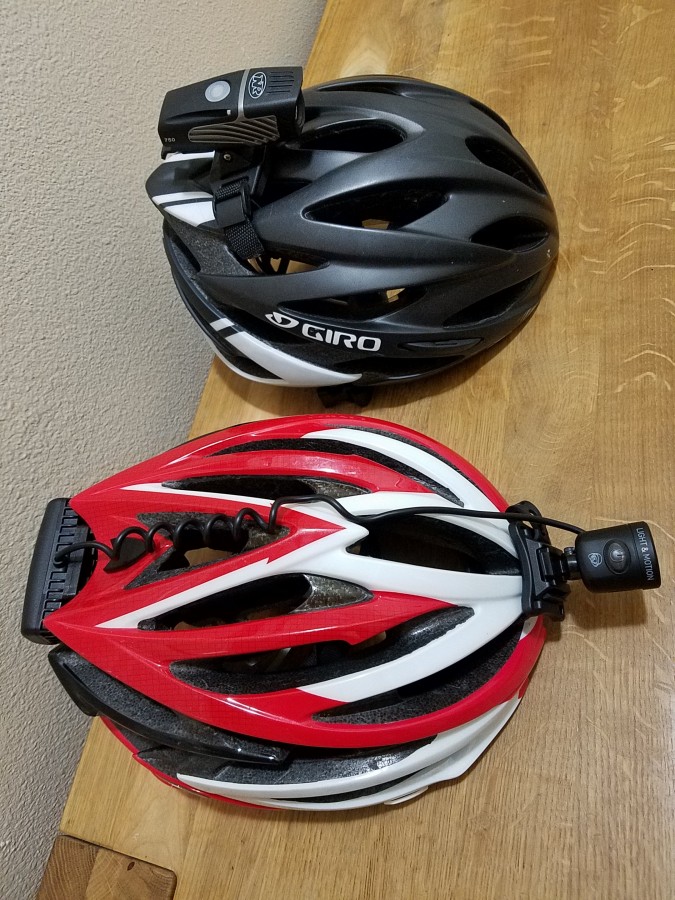 This older video helps explain some of the mounting issues I raised in my review, although it's not a good excuse not to include an explanation in the box the product comes with. https://www.youtube.com/watch?v=mru4hv4TxIE