Urban commuting requires a light system that's easy-to-use and easy to see with. And since the Light and Motion Urban 700 Light is engineered specifically for the demands of commuters, that's exactly what you'll get. And in addition to putting out more light than any previous Urban series light, the system weighs in at a feathery 112 grams. Additionally, it's easy to remove if you're locking your bike outside.

You may have figured from the name that the Urban 700 puts out 700 lumens of bright, clean light -- that's pretty bright. In fact, it's so bright that there are three lower output settings as well. Accordingly, the lower-settings increase the battery life of the Urban. For example, while the full 700 lumens may be exactly what you need when it's pitch black, you'll find plenty of situations where the lower output settings will provide all of the visibility that you need. At 700 lumens, the Urban provides a hour-and-a-half of run time off of a full charge. The medium setting puts out 300 lumens for three hours, and the low setting yields 175 lumens for six hours.

The purpose of an 'urban' light is to be seen by drivers, and to those ends, L&M has updated the light profile of the Urban series in order to put out a full 180 degrees of peripheral light. Of course, the Urban still maintains the bright center beam that's made this line so popular. But, if you're commuting, being seen around dusk and dawn is also necessary -- even if illuminating your way isn't. And for those rides, you're able to use a 175 lumen pulse setting, which keeps the light blinking for nine hours.

The Urban is powered by an integrated lithium-ion battery. In combination with its aluminum body, the result is a light system that weighs in around 112 grams. In other words, the system weighs just about a quarter-of-a-pound, and puts out more light than most cars' high beams. You might imagine that lighting this powerful puts off some serious heat, and you'd be right. That's why L&M engineered aluminum cooling fins, which control the heat and maximize the life of the LEDs. And lastly, the tool-free mounting system makes attaching and removing your light a snap.

The Light and Motion Urban 700 Light is available in the colors Bronze and Titanium. Please note that the battery, power cord, mounting bracket, and charger are all included with this light.

I bought this light for my boyfriend for Christmas and I'm so glad I did! I paired it with the Light & Motion Vibe Tail light and these two make a killer set. The head light is BRIGHT. I'm going to go ahead and say even brighter than my faded Subaru head lights... It has stood up well on rides to and from work in the PNW rain and the cold. Great purchase! 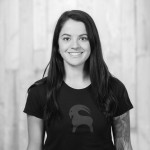 Blinded by the light!

I’ve had this light and the vis 180 for over 4 years now and it is still putting out great light every time I use it. In the past I’ve used it mostly during winter base miles, but now that I’m able to commute I’ve used it almost daily in conditions from perfect spring nights to muggy summers, freezing winters, and torrential rains. The rubber protector still fits snugly in the charge port to keep water out and the buttons are still firm, intact, and work perfectly. The rubber mounting strap still locks the light in place to keep it from moving on rough roads. It’s always up to the task and can often be the difference between being seen and being run over, especially on busy roads and five o’clock traffic with drivers that want nothing more than to insta-chat while they run a red light on their way home. The steady pulse mode is plenty bright, and if you need to get someone’s attention just turn it onto high and you’ll have it in a hurry. After over 4 years and all the charges involved, the battery is finally starting to show its age and isn’t holding a charge quite as long. Even so, I only have to charge it once or twice a week even though I use it on pulse day and night for visibility. But now if I use it on high or medium, it will drain the battery pretty quick and I’ll have to charge it as soon as I finish riding. Like one of the other reviewers, I wish I could detach it from the mount but it isn’t a big issue on a road bike even with shifter and brake cables. If you run a slammed -17 degree stem that’s over 120mm long, you can also mount it directly on the stem and it will be horizontal to the road at all times. I can’t say enough good things about this light and the tail light, and L&M in general. For a long time I didn’t want to pay the high price of a quality set of lights, but once I finally did the investment paid for itself a hundred times over in terms of reliability and safety.

this light will defiantly light up the road while you out on a night ride. It mounts up super easy, and it easy to adjust while riding and the great part is it does not move while you ride!

There are a handful of companies that make good bike lights, but Light & Motion is universally regarded as one of the very best by bike shop employees and experienced riders. There is a reason for this. Great company, design, performance, experience, and quality.

PROS: Great light quality. Well built. Mount fits a wide range of bar diameters. Well sealed from inclement weather (much better in this regard than a light I have from another well-known maker). Engineered & assembled in the USA. Light & Motion is based in Monterey CA just south of MTB epicenter the Santa Cruz Mts.

CONS: The light is really easy to mount and dismount on your bar, still I wish the light was removable from the mounting strap. This is not an issue for MTB use. Might be for road bikes with handlebars crowded with taped horizontal brake and shift cables.

Special notes for MTB bar application: This 700 model would be the perfect light to helmet mount for MTB. For bar mount use: also great but if you have the $ consider saving up for the fantastic L&M "Taz" 1200 model. For MTB use I have found that a wide throw light (multi bulb) is the best to effectively illuminate the width of the trail and all the twists and turns involved in trail riding.

I ride long adventurous touring miles throughout the country. I ride alone with only a starting point and ending point. I camp anywhere I can get permission, parks, patios, or pastures. I have no idea where I will end my day, but they end when it gets dark. Every evening is an unfamiliar place so I need to be seen and to see. The Urban 700 is perfect because it fits all of my needs. Finding a campsite then illuminating a large area for set up is easy. The helmet mount is handy because I avoid looking into the light which preserves my night vision. I can turn it off and then look into the stars. Recharging in a motel room once a week seems to be more than enough. I have not run the battery low even though I use it a little each day. Bicycling touring is brutal on electronics. Water, sun, and vibration have trashed my computer, GPS, and cell phone in the past. The Urban 700 is bomb proof and stays right on my handle bars rain or shine.

By mtbrvideos. It is a good comparison video of lights in the 700 lumen class. 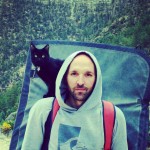