With shortening winter days and fall foliage giving way to fields of snow, the search for appropriate lighting begins in earnest. Light the way and ride into the night with the Lezyne Deca Drive 1500i Headlight. Capping out at a whopping 1,500 lumens, this light perches on the handlebars to deliver some serious lighting for any adventure.

The body of the Deca Drive 1500i is made from CNC-machined aluminum to protect the light from the weather and dissipate heat out on the road for miles and miles of well-lit ride time. The massive lumens capacity is delivered thanks to three ultrahigh-output LEDs with 180 degrees of visibility for added safety. That huge output is governed by Lezyne's Constant Lumens feature to ensure bright, consistent lighting when you need it.

The Deca Drive 1500i is powered by a USB-rechargeable Li-Ion battery with beefy run times ranging from 1.6 hours on the overdrive setting all the way up to 38 hours in pulse mode, when you're looking for road riding safety. With additional lighting level options between those two bookends, you can customize the brightness to meet your riding needs on the fly with just a click of a button. The Deca Drive 1500i is remarkably similar to the SuperDrive XXL, in that they have the same battery run time, and lumen output, but the Deca Drive is also compatible with Lezyne's infinite Light Power Pack, designed to double run time so you can ride long into the dark. Unlike the SuperDrive, the Deca Drive also features optimized constant lumens system, which maintains steady lumen output no matter where you are on your battery cycle.

Good for about 3 months. Now it won't hold a charge. Have niterider 750s over 3 years old that are still going strong .

Let There Be Light

I bought this for mountain bike night riding, and it has been performing great! I don't night ride too often, so I've only used it a handful of times thus far. I can't speak too much on the long term longevity, but on the 5 or so rides I've used it, it has performed beautifully! I wasn't doing crazy long rides, but it lasted the whole hour and a half ride without dimming while I was using it on the "blast" setting.

I do have a co-worker that has been using these for a while, and the battery life has diminished quite a bit over the couple years that she has had her's. I am hoping that is not the case with all, but only time will tell.

That being said, it is really competitively priced relative to other 1500 lumen lights. (Full disclosure: I have read some tests saying it doesn't really put out 1500 even at full blast.) It is a great pick if you need something quickly at a relatively low price and are not too awefully concerned about the longevity! 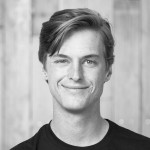