You always want your foot to feel prime on the climb, but sometimes there are miles of steep switchbacks, rough rocks, and twig-riddled trails. That's where the La Sportiva Men's TX4 Mid GTX Approach Boot comes in handy. It has the stiffness, stability, and support needed for hauling a lot of climbing gear over rough terrain, and Gore-Tex Extended Comfort applies reliable waterproofing just in case you come across mud or light showers. Extended Comfort also enhances breathability, and Vibram's MegaGrip sole features an Impact Brake System for a safer descent.

Between miles of hiking, countless river crossings and a few to many 5.8 pitches Iâve gotten to know my pair quite well. The fit is exceedingly comfortable and they climb quite well when cinched down. The rubber compound is also exceptional, and the strange tread has surprised me with its performance on variable terrain. I certainly prefer these these to hiking boots if I know Iâll have any fourth or fifth class terrain, and I love the mid height as I could never wear the usual below-the-ankle approach shoes. The only complaint I have thus far is the durability of the lace attachments. Through foot jams and daily wear I do not see those little orange cords surviving as well as the rest of the boot, a sentiment reinforced by the noticeable wear Iâve seen after just a season.

Not waterproof--better off non goretex

I broke them in with a pack for a few hours per week leading up to a backcountry trip but they were honestly ready to go out of the box. But by the 3rd day in the woods it started getting wet outside, and within 5 minutes of walking through wet grass my toes would start feeling soaked, and before long the whole boot was like a wet sponge. The insole appears to be open cell foam, which also held lots of water. The boot never really dried out after that. Great tread and firmness though, I enjoy the closer ground feel and slightly lower heel of this boot compared to other similar ones. The goretex didn't work well in conjunction with the flesh out leather because the dwr wore off very quickly, then the leather got soaked, and then vapor just passed into the boot through the gtx. Or I had faulty gtx. I know it wasn't moisture going down through the top of my socks because the toes would get wet first. I would suggest a redesign with a more lightweight, waterproof, breathable solution than flesh out leather. Also the way the laces are kindof tightens too far down, squeezing my big toes a lot and almost causing blisters on the outside of them even when I want to be doing more hiking. Some sort of extra friction or lace lock point between the toe lace area and the normal foot lace area on the rest of the boot would be great. It would be easier than undoing the laces from the first couple holes or trying to finesse the double lace method to create a lock point between forefoot and toe.

I bought the shoe back in January and have only used them sporadically throughout the year. The shoe feels good, but the laces have come apart very easily. I've owned various other hiking shoes and never had the laces come apart like this and I haven't used them that much.

I've had these boots for 4 months. Done everything from undulating 10 mile approaches to leading 5.8 multi-pitch in them. Boots are light, comfy, somewhat waterproof, and climb really well. Sizing for me was the same as the Boulder X. Five stars if not for durability. Be warned, after just 4 months, the orange cord that holds the lacing in, and the laces themselves, have been shredded. 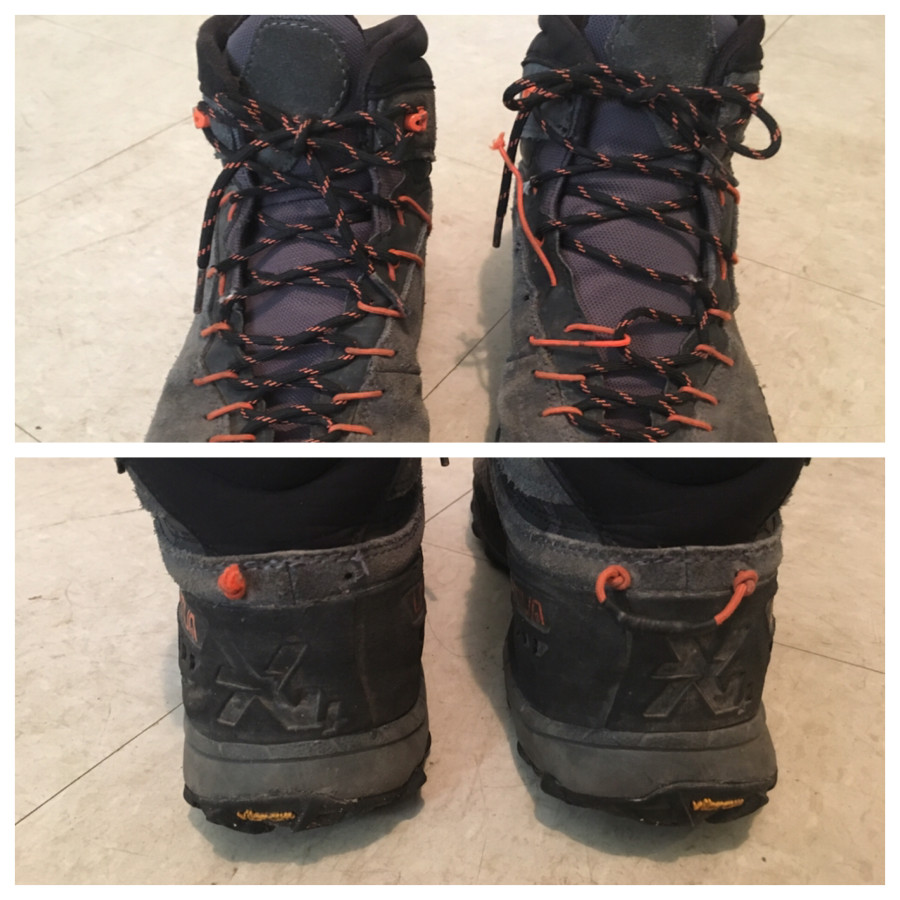 This have awesome support ans are very comfortable

Not convinced worth price tag

I decided I needed waterproof approach shoes. This was a bit of an issue finding in Mazama. The main criteria I guess for approach shoes for me are: comfort walking, comfort scrambling, comfort climbing fifth class, waterproofness, durability. I put probably a hundred miles and a lot of vertical pitches on these this summer. Comfort Walking: These walk much like hiking boots, without the bulk and weight. I appreciate that they have ankle support as I’m a klutz on trails. They haven’t quite broken in (though I’ve put some decent miles on them) so this question will be answered soon. They are amazingly light and not quite as stiff as other approach shoes. Comfort Scrambling: They are fine on non-technical rock. It’s been a bit of a test getting used to a new shoes limit. But they preform fine on scrambling. Comfort fifth class climbing: They don’t climb quite as well as some other approach shoes, the flexibility I mentioned earlier contributes to this. They also don’t have quite as sharp of an edge on the shoe as other approach shoes. I could climb pretty hard in my old ones. These I’m not sure I’d be comfortable much past 5.6. Waterproofness: This is the big downfall of these shoes. They are not Gortex as advertised. In my mind, a Gore-tex boot should not get wet unless you a) capsize the boot or b) are in wet conditions for an unreasonable amount of time (example: spend all day in really wet snow). These boots, when fully dry, will let water in at the tongue after stepping in a small puddle. It’s super unfortunate because I really need to keep my feet dry as I have a foot problem. Durability: TBD 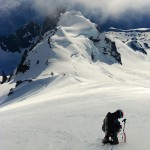 This is my second pair of these boots that I have purchased. These are very well-designed boots. They fit similar to a Salomon Quest 4D2 crossed with a Salomon X Ultra Mid 2, but with a better lacing system and vastly superior traction over slick surfaces. My go-to boots for hiking, bushwhacking, backpacking, and light rock climbing were the Salewa MS Firetail EVO mid GTX boots. They are no longer being made, so I have spent the last year looking for something worthy of their replacement. The TX4 Mid GTX boots are not only worthy, but much better in every conceivable way. Break-in Period: It's very important that you give these boots a couple of miles before having any idea of how they will finally fit. They come out of the box very stiff and tight, but loosen up and stretch more than any boot I have owned before. Mine were brutally tight around the balls of my feet like a climbing shoe and then after just 2 miles or so on the trail, they loosen up to where I had to retie them from being too loose. Traction: This is the highlight of the TX4 boots, as you will see in every review of the La Sportiva TX series. They grip like magnets to any hard surface, even if wet and slimy as snot. I find them to be close to how the Five Ten impact MTB shoes grip to stuff like wet roots and slick rock slabs. Just incredible and confident. While they do not hold to steep and loose dirt and mud like a boot with taller lugs, they do well enough if you have strong feet and can kick the toes into the hillside hard. The uphill traction is great, but the downhill traction is even better. The heels just dig in and hold like mountain goat hooves. When the boots are tightened down, they provide a crazy amount of multi-directional control and hold onto loose and firm surfaces no matter how slick or steep. Comfort: These are every bit as comfortable as my Salewas or any of the highly rated Salomon boots. In fact, I think they feel better than any of those when tied down tight for technical footwork. No pressure points and just an even and firm hold over the entire foot, except for the tips of the toes which still get to wiggly in freedom. I have read many review which state the cushioning isn't as thick as some shoes, but I don't find this true at all in my experience. They feel just as well cushioned as any good trail runner with a rock plate. If you've ever worn a hard mountaineering oriented boot , the TX4 will feel like walking on marshmallows in comparison. If you have strong feet, like I do, then you will easily get away with using the TX4 boots for backpacking heavy loads. The boots also flex pretty well compared to standard backpacking boots and make for much happier knees due to a more natural stride. The toe box has a very nice shape for those of us with more Egyptian shaped feet. The big-toe area goes straight forward and unlike many other boots the TX4 won't push your big toe in and hurt it's joints. It can stick straight out and do its thing. Lacing System: The lacing system is strange compared to most shoes and boots, but it isn't a gimmick at all. I'm not quite sure how all of the mechanics and physics are working in this system, but the effect is a very even spread of the lacing tension. Weight: These boots feel like slippers and are very light for the support and durability they provide. Easy on the knees! Stability: For a boot that isn't very high up the ankle, the TX4 mid is very stable due to the wider footbed that sits low to the ground. You can hike with the laces loose and still have control over the boot from rolling over on edges. Durability: They don't seem like it, but the lacing cord system and rubber rand are much more durable than they appear. Just read the many reviews online. The TX3 and TX4 shoes and boots are very hard to ruin and provide long use for their price.