La Sportiva's Synchro Sku Boot is kind of like an ambiguous image—like the vases that look like faces—in that some ways it looks like a ski mountaineering boot and in others it looks like an alpine touring boot. One thing's for sure, you won't feel like turning around when your high stoke spontaneously changes casual tours into skimo epics. Its roomy 102.5 last works with the thermo-moldable liner to create a comfortable housing for your foot as you two brave the steeps in search of a downhill that's worthy of this boot's rugged rowdiness.

A carbon-infused vertebra makes the Synchro La Sportiva's stiffest boot ever built, meaning this boot is just as much a hard-charger as it is an easy-hiker. La Sportiva made the rest of this boot out of Grilamid for rigid durability that still weighs around three pounds per boot. The Vibram rubber sole has the traction necessary for rocky summits, and this boot is compatible with all tech bindings.

I bought the 31.5 boot, because it's one of the few boots made in my size. I also chose this one, because it has the widest last. Still, the boot isn't super comfortable. I know it's tough to fit well in a ski boot, so I won't fault them for that. But, the rest of my review should be of concern. However, the buckles are bad. I guess they're trying to keep them lightweight, but they constantly unbuckle themselves while skinning, and even a few times while skiing. They're tough to unbuckle once you're done, too. In addition to the general issues, one of my buckles completely bent. Like, the aluminum that fastens the buckle to the boot is completely bent out of alignment. It was on my 5th day of use, so it's not like I put these things through the wringer or anything. I dislike the buckles enough to dissuade people from buying these. It doesn't seem like backcountry.com is going to help me with a repair, replacement, or refund here, because this happened a few weeks after my one year warranty period. I would not have bought these boots if I had held them in my hands beforehand, they feel too lightweight. Obviously, they are, as the broke after very minimal use. And with this bad warranty/return policy, I would not recommend taking the risk. Ok, aside from the terrible buckle system, I'll talk about the performance. It's not comfortable after an all day tour. Again, the fit isn't great for me, but it might be for you. It's hard to tell the cause though, because my buckles constantly come undone. This could be contributing to the fit issues. In ski mode, it's fine. They claim a 125 flex, but it feels much much more flexible than my 130 Lange downhill boots. It's kind of funny that they'd suggest it has this flex. I'd rather be in my downhill boots than these, but they ski fine. Not great, not bad.

I have had the Spectre boot for 3 years and have skied it a ton. The Syncro has the same cuff. My buckles have been a consistent issue but something I was willing to put up with and replace since the cost is not too bad. That being said I recently noticed that the cuff on both of my boots has a stress fracture right where the walk-mode rail enters the cuff. This ends up allowing the boot to flex a good bit more than intended, making a softish boot soft and not very good for big lines. La Sportiva said that this is considered wear & tear and will not help out since the warranty only covers 1 year. I cannot recommend this boot with the combination of durability issues and a weak warranty, it's just not worth the risk.

Backcountry Freeride Quiver of One

Check out La Sportiva's in depth look into the Synchro/Shadow. If you have any questions feel free to reach out to me directly at weads@backcountry.com or (801) 523-4052 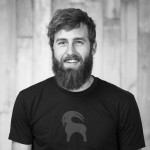 Decent, not the best

Pros: Good weight to performance ratio, comfortable on my average shaped foot, ski decently well compared to 2nd gen Scarpa Maestrale RS (not RS2). I like the wrap-liners that tour well. For the small percentage of people who care, they climb rock/ice real well for how good they ski. An old TLT5 climbs better, but sucks for skiing, and a new Maestrale RS2 skis better, but is bulkier/less nimble for climbing. Cons: Lots of fiddly buckles...time consuming and annoying to deal with all day. Ski/walk mode device is weak, fiddly, and failed on me my 5th time out. After a fairly involved disassembly and lube, it hasn't happened again, but it lost my trust. I don't see these being very durable...lots of weak, protruding, fiddly plastic parts and bits everywhere. Sportiva clearly has a way to go before they are as competent of ski boot makers as some other companies.

Will these boots work in a standard ski binding as well? Specifically, interested in fitment with a Look Pivot.

Will these boots work in a standard ski binding as well? Specifically, interested in fitment with a Look Pivot.