How to Measure:
For best results, take measurements over your underwear.
Chest:
Measure under your arms, around the fullest part of your chest.
Natural Waist:
Measure across waist where you normally wear your pants.
Hip:
Measure around the fullest part of your body at the top of your legs.
Inseam:
Using pants that fit well, measure the crotch seam to the bottom of the leg.
Sleeve:
Measure from the center of your back to your wrist with arms held out.

It always seems like breezes are few and far between when you're hiking in warmer weather. Thanks to Kuhl's Kuhlair vent system on the Men's Kontra Air Pant, you're able to maintain a comfortable temperature with a little help from the eleven mesh panels and lightweight fabric. Its cotton and nylon blend offers a breathable fit and feel, without having to compromise durability and protection. Meanwhile, the articulated knees and Born Free gusseted crotch (complete with ventilation) provide unimpeded mobility, so you stay comfortable no matter where your journey takes you. A full seat and thigh (along with the wide fit throughout the lower leg) makes the Kontra Air ideal for folks with larger thighs. Kuhl also reinforced the grosgrain ribbon for extended longevity, and the cell phone and wallet pocket was specifically designed so you don't sit on your bulky wallet.

I was leery about these pants. The reviews suggested that they might not hold up to even “normal” wear. Not the case. I wear them like work khakis, but do stress them a little more than casual slacks. I’ve worn them probably ten times, and washed and dried them three. They are up to the task. They are a very light and airy alternative to shorts. The coolest long pants that I have on the shelf. The granite color is unlike anything else I own and goes with almost everything. The fit is as good as it gets for my bird legs. Not loose, not skinny. I’m pleased with the purchase. The negatives: very shallow front pockets. All I put in them is a key-fob. The side drop-ins are decent. Hold my IPhone 7 in an OtterBox. The other issue, which kind of comes with the territory with this material, is that they stain, and it sticks. Little bit of brake dust and grease and it looks like it’ll be there for the duration. Gives them character, though. I bought two more colors.

Got these for casual hiking and summer days, They're super breathable and comfortable though they are a bit thin so be weary in the bushes. They're lightweight and vent very effectively. Digging all the pockets too! A good addition to the wardrobe 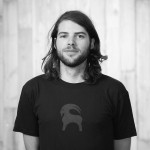 Good to look at.

I wore these pants several times and washed them twice. Unfortunately, I cannot say I put them through the wringer because they never made it there. The first day I wore them, I ripped a three inch hole in the lower leg walking by a bush that was sticking out into the trail a bit. Maybe these hiking pants aren't made to handle walking by vegetation I thought. The cuffs and area around the zippers were significantly worn by the second wash and were beginning to fray. In an attempt to keep them from falling apart I stopped washing them. Once the holes started appearing in the knees and butt (2-3 weeks) I gave up and washed them again. The next time I wore them the holes became so large that I had to turn the pants into rags. My recommended use for these pants is looking cool at rustic breweries and browsing outdoor shops. To preserve the pants do not sweat, stretch, or maneuver in them. Avoid washing at all costs and consider removing them before sitting down.

For hot desert climates you can't beat these pants for protection and vent-ability. They last surprisingly long for being of light weight fabric coupled with the numerous vents make them an ideal hot climate pants. Styled to look good for every day wear too.

These pants have vents every where and if you need more unzip the pockets and the mesh liners serve as vents. Nice fabric and comfortable to wear.

Living in Hawaii these Kuhl kontra air pants keep me cool. When wet they dry quickly. Articulation in all the right places. Packs small and are light in weight. I bought three pairs and am Extremely picky with what works and doesn't. I give these 5 stars all the way. Way to go Kuhl.

Kuhl pants are the best pants

I no longer own any other pair of pants that are not kuhl pants, this is what i wear to work, when im out, during the weekends, pretty much everything except weddings. they are comfortable and super durable. i love em 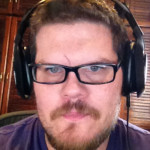 Comfy but not durable

I got a pair of these in late September 2015. By July 2016 they had a big hole in the seat, a rip in the right knee that continued to expand (and two others starting above and below it), were starting to tear at the crotch... even were wearing down to the liner at the pocket where I sometimes clip a knife or streamlight. They're super comfortable pants, and great in hot weather, have pretty good range of motion. Love the big phone pocket on the right thigh, large enough for an iPhone 6Plus. But I would never buy them again - they just don't last. I barely wore them at all from December - March because they're really not suited for cold weather, so they basically wore out to unusable in ~5-6 months of use. And much of the time, I was wearing them to the office and back. I wasn't bushwhacking or mountaineering in them; some yard work, light forestry (bucking up and moving logs), hiking maintained trails with an occasional foray to snag some blueberries, that kind of thing. But they were nice while they lasted! Color was good, transitioned well from work to trail, fit was pretty much spot-on. If you're gonna baby them, they might last. But for this price? Look elsewhere.

I've bought two pairs of the Kontra Air pants, and both developed holes in the crotch area after several days of very light use--just wearing around the house and town, not hiking. The lightweight fabric is incredibly comfortable, but the durability is terrible. I would not recommend these pants.

Too Big for my Britches

I'm really sad to say that these pants caved in under pressure at a time when I needed them the most. As you can see from my previous picture reviews, I dig the way this pair of pants look on me. After a hike up the Bergen Peak this weekend, I ripped a couple of holes in the crotch area, no where near the seem. I will chalk this up to the size and try to find a pair that is a little bigger in the legs. The waist size fits true, but if you're like me (a hulk in the legs) then you may want to consider going up a couple sizes (3 stars because I'm going to give this pair another chance with a bigger size). 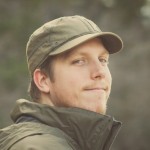