Whereas a true XC Mountain bike puts you in a more aggressive position, a lower, slacker stance keeps you from going head over tail on rocky downhills. The KS Lev DX Dropper Seatpost not only transforms your XC into an all-mountain goat, it also takes your full-suspension to another level of downhill riding.

The LEV DX takes its cues from the more expensive LEV to provide smooth, uncompromised performance. The fixed cable box at the lower collar is its trademark and it allows the cable to remain in one position reducing the risk of it getting snagged or caught in your rear suspension. Although it doesn’t feature the popular stealth routing, this design allows for more customization of the cable placement. Additionally, the LEV DX uses a one-way roller bearing to clamp the inner post, ensuring that there is no play in your saddle. It is topped with a zero-offset head to allow for minute saddle adjustments for the perfect ride.

While the LEV DX doesn’t have the carbon lever actuator of the LEV, the handlebar mounted remote is easy to operate and may be mounted in several positions, including on an ODI lock-on grip.

Need a low seat to drop into the hill you just climbed? This will get the job done. Easy at home install for all you tech savvy people. DROPPING.... 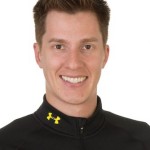 I installed this dropper post on my son's Trek Fuel EX and was impressed with it's ease of installation and how smoothly it operates. I also like that it is user-serviceable and has a superior reputation for durability and longevity.

this is the most durable post i have owned, no problems what so ever! i run them on all my bikes. cable actuation is soooooo much better than hydraulic, much easier to maintain.

I'm 5'6 and purchased the 100mm drop model. The KS LEV DX was the shortest overall length dropper seatpost I could find which was absolutely necessary due to clearance issues, height and exposed length. Also due to the design this model was perfect for me and my MTB. I had to return a RockShok because of the clearance issues. I have used other DSP's on other MTB's and they all seemed rickidy and loose, the KS LEV DX is solid and has no play whatsoever. It was easy to install and rock solid on the trail... the only complaint is I wish I had purchased this years ago.

picked this up for under $300 with free 2day shipping. sold! can't comment on longevity, but we'll see what happens. I didn't mind the fact that that cable "box/housing" sits at the 5o'clock position so I personally didn't feel the need to take it apart to re position it to the 6'oclock position. I'd rather spend my time riding than getting frustrated. yes, the cable is cheap and pretty poor judgement call on packaging to coil it that tight. but whatever, my frame doesn't have internal routing for dropper so i just tied it next to my rear brake line and the cable straightened out fine. I read reviews of others having trouble installing this post but I can't imagine why. its super easy. almost no brainier. the lever that comes with it isn't bad, i like how it works with ODI grips and replaces the inside locking ring. I'll upgrade soon to a push lever I'm sure, and after reading bad reviews on the KS southpaw lever I might go with the Face Race -even tho their atlas pedals still left a bad taste in my mouth but that's a whole nother story..., but for now the lever that came with it does the trick. So far I'm happy with it. we'll see how it holds up. and for the price I don't think you can beat it.

So, go this for my significant other... and overall it does what it needs to do and has a nice design but i for one prefer the fox ones better.

After watching so many riding buddies have issues with hydraulic actuated posts I love how simple it is to setup this cable and not have any issue. I own this DX and the Integra and actually prefer the DX as it is so much simpler to setup. The internal routing "looks" nice but functionally is more of a pain than it is worth IMHO Previously I owned two KS supernaturals with the under seat actuation and both were plagued by losing their lockout and needing a full rebuild by KS, this current generation thankfully has been much more reliable. 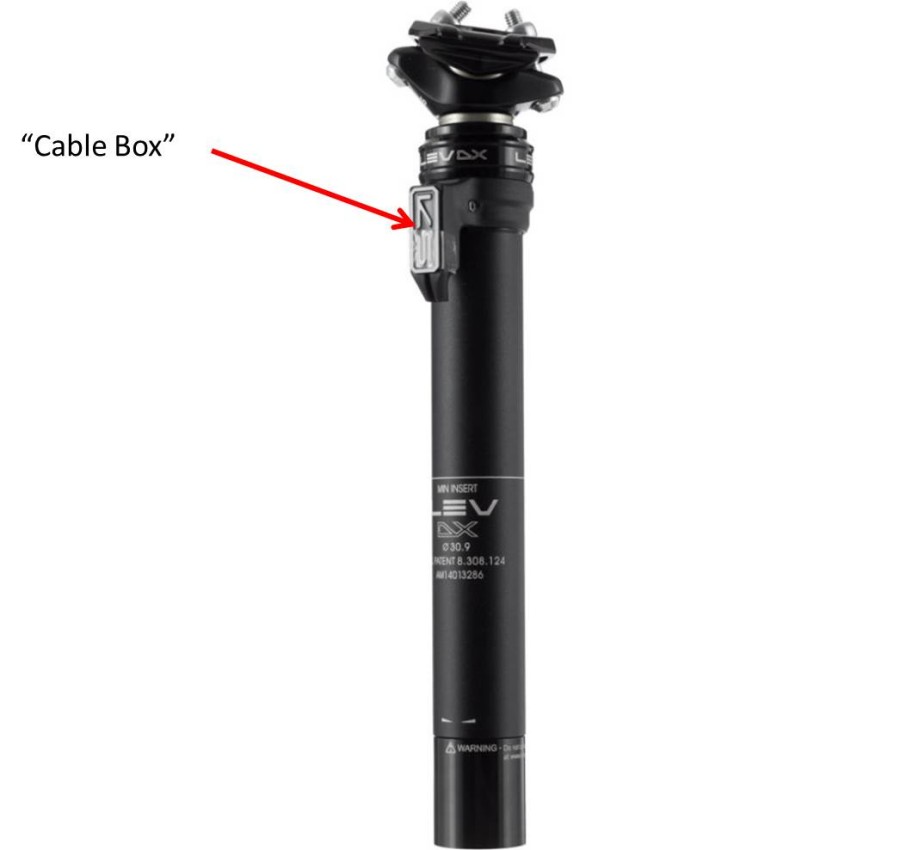 First, the post is adequate. The main reason for me to by a Lev was that I cannot use an internal post and I HATE the cable/hose loop in all of the other options. Got a (what I thought) smokin deal here on a Lev DX ... according to the description the only difference is the actuator. Silly me ... that is like saying the only difference between a Corvette and a Cruze is a bit of power. As noted below (I did not read the reviews much to my dismay) you cannot adjust the seat collar cable clamp on the DX. Okay, you can but to do so requires almost complete disassembly of the post ... if you have the right tools it is a15-30 min job the first time. So, the post works but if I was to do it again I would just pop for the full Lev - and be very very wary of descriptions on CC because it was just misleading. I should have returned it but that is a hassle too and I have to pay for shipping so ... buyer beware.

So, I just checked the install video and the head is adjustable. In other words, I don't think the cable port needs to be moved, since you can just rotate the whole post and line the head back up. Is it a height issue?

Alex The cradle is not adjustable. The key is that I wanted the cable to come up the back of my seatpost ... stock it is at an angle. While it "works" it is neither clean nor visually appealing and requires a funky routing of the cable on my bike. To change the angle you have to take apart the post with a couple of softjaws and then reassemble it. I have done it once and it was a PITA.

It's really not that bad if you're mechanically inclined. You don't need any of the soft jaws or B.S. they claim you need. Nothing is on that tight. I've been fine just CAREFULLY using channel locks and a rag. Just don't get ham fisted with it. https://www.youtube.com/watch?v=vftoj9qU8II

I have used this post and the more expensive version. The stock cable box on both is about the 5 o'clock position. On the DX model you have to disassemble the post to change the position. Much easier on the LEV by moving the seat mounting hardware. I ended up leaving both posts in the stock position since the cable does not move and found no difference in function between the two.

I just received and installed a KS Lev DX from backcountry and the cable routing is adjusted exactly like shown in the manual except I didn't have an air valve cap. The clamp cradle is very tight, there's some sticky crap that they put there but if you pry gently with your nail all the way around it will come off. I think people are watching the KS video on Youtube and thinking that's how the adjustment needs to be done. But that video is all wrong, at least for the new all black version.

The description is a little misleading. It makes it sound like the only difference is the trigger mech, but in fact, the adjustability of the cable box is not the same as the non-DX version. To move the box on the DX, you have to disassemble the entire unit, and even then, you can only adjust it in 20 degree increments. This was a bit of a disappointment for me. I was able to make it work in the position that it was shipped, but it would be better if I could easily move it. The post works well, and I do like the lever action. I have a Rockshox Reverb on my other bike, and I'm not sure which one I prefer. The KS does sometimes need a little bump to get it to extend, especially if it has been in the lowered position for awhile, but this hasn't really caused me any heartburn yet. CC: PLEASE change update the description so people can make a more informed choice as I probably would not have gone with this version if I had known the adjustability issue.

i dont know what you are speaking of....my bad. cable box? i watch tv, but we are talking seat post here!! lol . kidding. still what is the cable box, and why do you, or me, need to move it???? many thanks

ME_P15531, see the photo I posted above. You may want to move the box if your cable routing works better with the box in a different position.

Quick, longer-term review. I have been using this post for 3 months now and I like it better than my Reverb. Mostly due to the actuator trigger. KS Lev's lever has a bit more mechanical advantage than the Reverb plunger-type button so, for me, it is easier to dial in and less thumb gymnastics to actuate it. Not saying the Reverb is a bad choice, and I can't speak to longevity of the mechanical/cable vs hydraulic actuation. Just prefer the Lev.

Cable Box cannot be moved, that's the major difference between this and the KS Lev Dropper. It is not mentioned in the description, however. When I brought this to the attention of Rick (KS Lev) and John (Backcountry, Warranty Dept), John's response was "nobody reads those descriptions anyway." Well, apparently consumers DO read the descriptions. I'll be speaking to Backcountry about exchanging the post.

I just received and installed the all black version of the KS Lev DX and the cable box is adjusted the same way as the more expensive KS Lev. The only difference was mine didn't have a screw-on cover for the schrader valve.

I ride a large RIP 9 RDO and same height. I use the 125mm, which is good for trail and XC. I run the 150mm on my Enduro. You could probably get away with 150mm on the Jet, but I find the extra inch of drop, and the additional cost unnecessary for trail and XC.

I have a yeti sb 66 medium, im 5'10 and im not sure which size to get. Any help would be greatly appreciated. Thanks

Hey Reynaldo, I would recommend the 30.9/385/125mm as the best option for your Yeti SB 66 based on your size. Feel free to contact me directly with any additional questions. Kyle L. - Expert Gearhead - klivingston@backcountry.com - 801-736-4337

We order the DX Droppers direct from KS LEV and it usually takes 10-14 days to get it to your door if there is availability. If you contact me directly I can make sure the 30.9, 125mm seatpost is still in stock. klivingston@backcountry.com 801-736-4337