As versatile as sleeping pads get.

Klymit's Insulated Static V Lite Sleeping Pad is light enough for backpacking, warm enough for winter camping, and convenient for any sleeping in any season. This four-season pad uses a touch of insulation to ensure winter-worthy warmth that won't be too warm for spring, summer, and fall. Ultralight fabrics work with Klymit's unique V Chamber body-mapped design to keep the pad as light and comfortable as possible. There are dynamic side rails for stability, a stuff sack, and an included patch kit.
Learn more

This pad is really good for the price point. It packs up about the size of a Nalgene so it's great for backpacking, and the insulation helps keep you warm throughout the night in colder climates. I took it to City of Rocks in October and slept beautifully. It inflates with about 10 breathes for me, and holds air well. The inflate system was a little tricky and you have to close it up quickly so it doesn't loose too much pressure. Great for side-sleepers 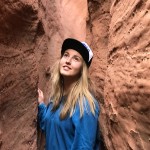 I recently took a little backpacking trip up Mount Timpanogos where it got down to about 15F at night. I was warned by pretty much everyone I talked to that it would be cold, and it definitely was! That being said, I opted to take out the Klymit Insulated Static V Lite sleeping pad for it's packability, insulation, and comfort and had a great time. It was rocky all around where I set up camp for the night (at Emerald Lake), but when I lay down on my sleeping pad I didn't feel a thing. I move around a lot in my sleep both as a back and side sleeper and felt pretty dang comfy in all positions. Also, not a noisy sleeping pad which I like since I'm also a light sleeper and most noises will wake me up! It took me maybe 30 seconds of slow long breaths to inflate the pad, which probably would've take me less time if it weren't for general tiredness at about 10,400 ft elevation. Along with the Klymit sleeping pad, I used my Marmot Women's Angle Fire sleeping bag and Sea to Summit Reactor Thermolite sleeping bag liner. I was definitely still a little cold at night, but I probably would've benefited from a zero degree sleeping bag more than anything else. Overall impression, I'm a fan. I like how small it packs down and how lightweight it is for being an insulated pad. You could find a pad with a higher R value, but it probably wouldn't be as packable or lightweight. If you're looking for a solid backpacking sleeping pad that can hold it's own on those cool fall/spring nights then look no further! 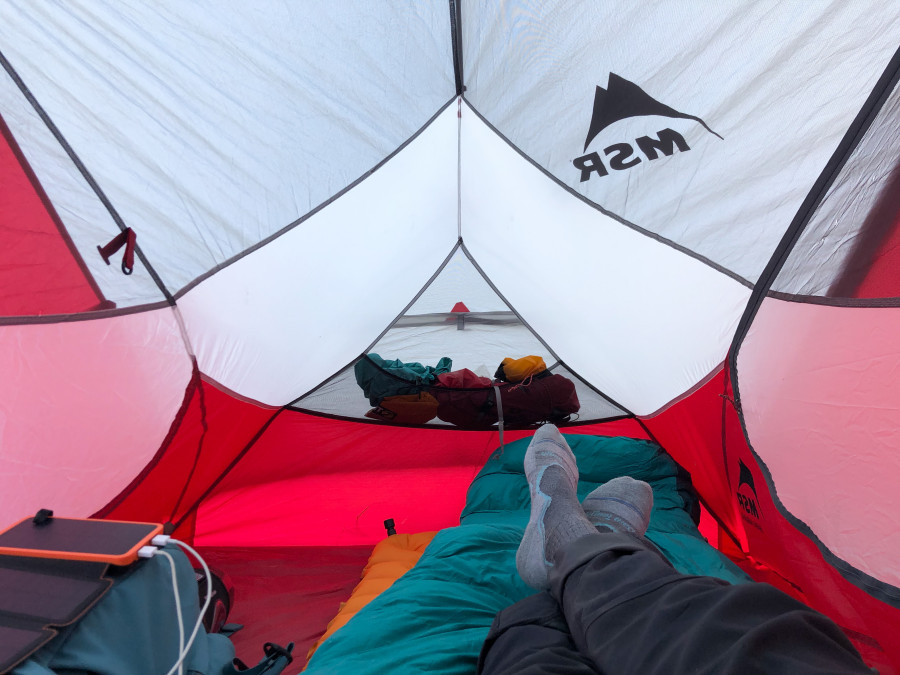 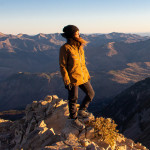 Tried it with my Big Agnes systems bag

Only used this a couple of times, but it worked like a charm. I have a Big Agnes systems bag, which comes with a sleeve for the sleeping pad--that's where I stuck this bad boy. At first it made my sleeping bag bend up in a weird way, and I was nervous that it wouldn't work well, but it eventually sorted itself out. My stretchy pad sleeve expanded. In terms of insulation, also great. It only got down to maybe the low 40s, but it sure felt cold. Cold enough that I was happy for my 0-degree bag. And the bag doesn't have insulation along the bottom (down compresses there anyway, so it doesn't need to be there if your pad is warm enough) so I needed a warm enough sleeping pad, and this did the trick. Love it. Solid purchase. 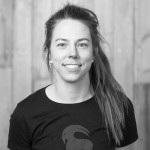 I have only used this for about 4 nights, but so far I really like it! It packs up pretty small and isn't too noisy, which is usually my biggest concern with sleeping pads. It was also pretty easy to roll back up into the stuff sack, the one I had before this it took like four times of rolling the air out and several minutes of squishing it in the stuff sack but this one was so easy and fast! excited to use it more in the future! 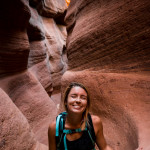 Great comfortable pad that packs down pretty small for being insulated. Would recommend.

I bought this to replace a Neo Air, which was really loud when I moved around. It blows up quickly and is very comfortable. I prefer the larger non-lite version, but I needed to cut down on weight for longer hikes. The insulated version is essential. I made the mistake of taking the non-insulated version camping in Wind Rivers and froze. This one is well-insulated, has a little bit of grip, and generally does what you need from a light-weight pad.

I purchased a Klymit Insulated Static V Lite to replace my Big Agnes Sleep pad which has served me well for the past 10 years. I chose the Static V Lite for it features. I have only sleep with it a couple of time but it has keep me centered better than my Big Agnes and has proven less slippery than my previous sleeping pad. It is quick and easy to blow up and I was able to blow it up with 12 breaths which is as advertised. I also select this pad because it is insulated which my previous pad wasn’t. So far feature for feature and comfort for comfort that this sleep pad is a better product than my previous Big Agnes and was about the same price that I paid 10 years ago. I am very happy with both the product and the price.

I've only busted this out on the ground in my home, but from what I've seen so far, it's been a good choice to get this pad. Takes a minute to inflate, but once it's there, it keeps me comfortably separated from the ground. I'd imagine that it works just as well outside. 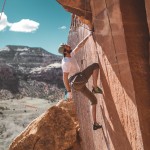 I bought the Klymit Insulated Static V Lite Sleeping Pad after multiple (long and short) bicycle tours/bikepacking trips where I was just NOT comfortable on my previous pads. I used to be a stomach sleeper and could sleep on anything- but after a back injury a couple years ago, I've needed to re-learn and side sleep, which is difficult with these thin pads... This Klymit pad doesn't let you slip or roll off, and it's wider than I'm used to which means I wake up less often next to the pad. It's not nearly as loud as the Thermarest Neo Air (but it's not the most quiet either). It blows up relatively quickly and I've had no trouble folding it up and packing it. I haven't used it under 40 degrees, but I run cold, and I was comfortable at that temp. In the past I've used thinner, smaller pads, so this is the most comfortable one I've bought, and, it was somehow also the least expensive! So far I'll be keeping the Klymit insulated stativ V Lite until some new amazing camping pad technology comes out ;) 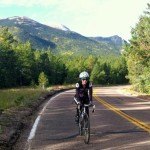 I was getting annoyed with my NeoAir XLite's crinkling sounds, so I gave this a shot. So far I love it; no crinkling, keeps my hip off the ground when sleeping on my side, and reasonably warm (though definitely colder than the XLite). Unless Im expecting things to be really cold, I'll bring this one along. Definitely a great value at the current price.

Great Function For The Price

I have taken this pad out on a few trips now and have been pleasantly surprised by its warmth considering it is such a lightweight and compact pad. I used this along with a 20 degree down bag in weather that dropped below 30 at night and was perfectly comfortable all night. The unique baffles kept me on the pad and off the ground even with my tossing and turning. It seems to be built well but I cannot speak to the durability with so few uses, will update if anything changes there. There was slight air loss each night but nothing that actually resulted in lost sleep/overnight refill. Let me know if you have any questions on this pad or any other backpacking/camping gear! 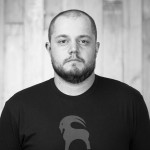 I was surprised how small and lightweight this pad is! It takes about 12 breaths to blow up, and seems to be a great pad! I'm excited to test it out this summer! 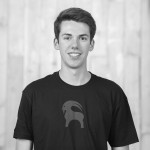 After sleeping on it one time, I can tell you that I wish I would have gotten a different pad. The pad does not hold air. It is so bad that I had to fill it up several times every night. I contacted backcountry and they told me they would not do anything for me, which is a bummer because I have always been a backcountry fan (not so much anymore). I contacted Klymit and they have not gotten back to me after two weeks. Horrible customer service all around on top of a bad product.

So, I purchased this and the Exped Syncell 5. Thought this strange V shape would keep me centered, but after simply laying on the floor with both, on the Klymit I sorta slide to the side. (The Exped felt more betterer to me.) That said, it's comfortable and supportive, even for a side sleeper, and extremely light weight. One other issue, it's difficult, if not impossible to get all the air out. You can't suck out that last bit so that it folds and rolls easily.

I haven't used this pad yet, but I was surprised at how small and compact it is for a insulated sleeping pad. I have a neo-air x-therm and in comparison its very close to weight and size when packed down. Will review later once used!

Moisture from your breath? So, researching inflatable pads. One person told me, that in sub-freezing temperatures you get ice from the moisture from your breath. Big Agnes has anti-microbial treatment on the inside. Mildew on the insides of sleeping pads can be a problem? Does anyone use something like the Big Agnes Pumphouse on this pad? Any issues with mold? I'm thinking it'd be nice to inflate with something other than my breath from day one, to avoid any moisture related issues internally in the pad.