Industry Nine has been making Enduro wheels for almost ten years now. It makes sense — the manufacturer is located in the heart of some of the rootiest, rockiest, nastiest technical terrain in the U.S. The Pillar Carbon Enduro 27.5in wheelset is the culmination of all that experience trashing, building, trashing, and rebuilding wheels. The bombproof, ultra-lightweight Pillar Carbon rims are laced to Industry Nine’s ultimate hubs with 32 oversized aluminum spokes each. That’s a recipe for some seriously tough wheels.

The Carbon Enduro 27.5 uses 32 spokes per wheel for added durability. Instead of steel spokes, I9's wheels use 7075 aluminum. The spokes are straight pull, and they have a 25% greater cross section then comparable 14/15 double butted steel spokes. In other words, these spokes have a stronger tensile strength. Also, on traditional spokes, threads are rolled, not cut. This adds to strength, but creates a stress riser where the thread channel is narrower than the diameter of spoke itself.

Industry Nine, however, doesn't need to roll its threads. Instead, they're created during the machining process, but cut so that the thread channel is the same as the spokes diameter. The threads themselves are actually larger than the spoke for a strong interface with the hub. That brings to light another defining feature of these wheels — there are no nipples. The spokes thread directly into hub and use a standard 15-gauge wrench and conventional truing methods in order to service. The Torch hubs that these spokes thread into are a fresh redesign of the groundbreaking Industry Nine hubs.

Industry Nine's new Torch hubs feature two sets of three pawls spaced three degrees apart. This preserves the 120 points of contact and lightning-quick three degrees engagement that distinguished Industry Nine, only now, the pawls have two teeth instead of three. Along with that, a changed cantilever angle and shallower tooth profile on the hardened drive ring reduce drag for a less-restricted freehub. Remarkably, it has the same holding power. And, that's not all that I9 did to improve the Torch.

Its engineers removed the large bearing between the freehub body and shell, opting for smaller bearings directly between the body and shell. The reduced bearing size means less seal surface area that, along with a new silicone lip design, significantly reduces mechanical drag. The freehub is also now easier to remove for cleaning/lubing, and like before, the springs and pawls are captured. So, you won't be scrambling on a floor looking for small parts.

Been riding various rims over the years, enve, novatec, ibis 741, wtb and luv the carbon as they just can handle anything. These are extremely expensive, more than enves, but they are light, very strong, have 3 degree engagement... It really does make a difference. I've been riding kings and dt-swiss's with 54t and I told myself prior there would be no difference, well there is, and if u ride tech then you will notice a difference and your confidence will go up.

There is a break-in process, and I've just completed that, 6 hrs riding, front was pretty out and rear wasn't so much... True'd and they are perfect again, we shall see how they hold up... At this price point I expect little maintenance,

Update:
Several rides later and the wheels have required no maintenance... 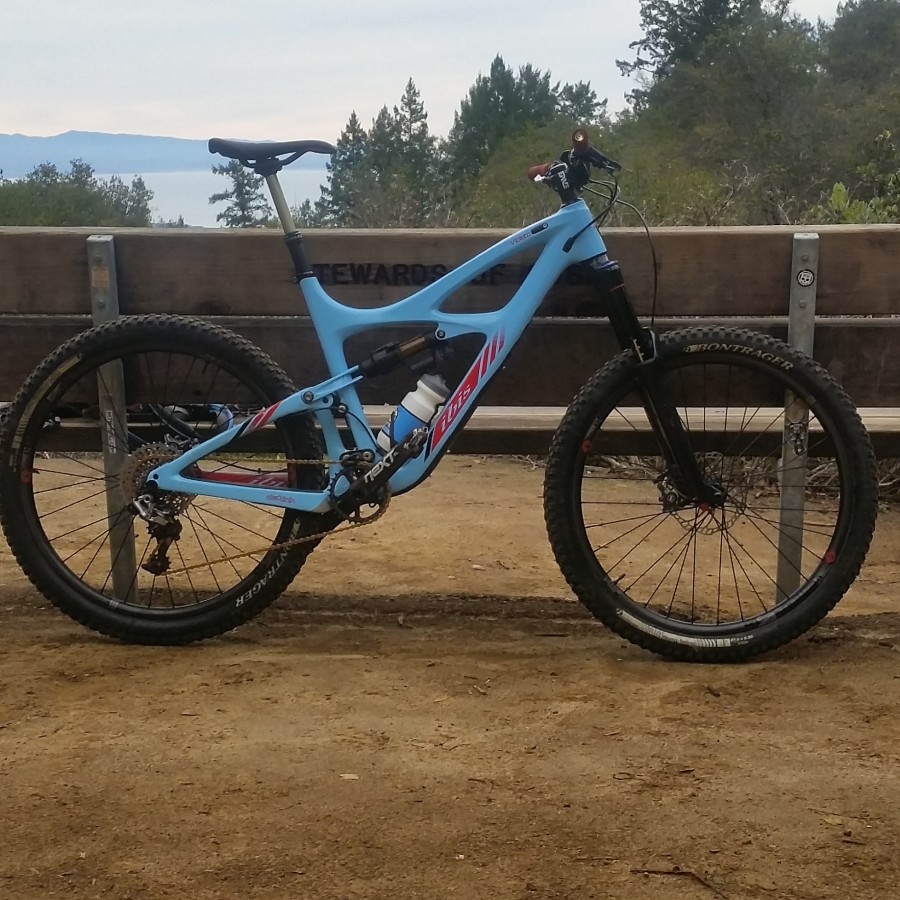 Hi STEVE thanks for sharing your experience with this wheels. How would you rate these wheel up against the EVNE M 60 with King hubs?