Developed for the most demanding courses of the professional enduro circuit, the Ibis Mojo HD4 Carbon Mountain Bike Frame marks a stark departure from the previous Mojo HD3 with its long, slack geometry paired with a piggyback shock that's tuned with greater progression to keep you from bottoming out. This reconfigured geometry and progressive shock tune is driven by the needs of the Ibis Enduro Race Team competing on the world's most demanding stages, as opposed to the previous Mojo HD3, which focused more on agility and playfulness over all-out speed.

Delving into the Mojo HD4's revised geometry, you'll find it's not just a bit longer, it's actually much longer than before, with the medium through large frames sporting reach numbers that are longer than the previous HD3's large and extra-large figures, respectively (small frames get an increase in reach, it's just not as drastic). These longer figures also translate to the HD4's wheelbase, which has grown considerably to offer higher levels of confidence when you're pushing the bike to the absolute limit on blistering-fast downhills. For actual wheelbase figures, the HD4 is anywhere from about an inch longer in its smallest size to over two inches longer for the extra-large frame. This is helpful for riders who previously sized up on the Mojo HD3, due to its shorter overall length and reach figures.

Not only is the Mojo HD4 much longer than the previous HD3, but it's also much slacker for greater stability when you're plunging into formidable downhill sections. Ibis played around with different head tube angles until they settled on 64.9 degrees, which they claim offers greater downhill stability and higher lean angles before it loses traction. The second part is especially important for riding on trails and race courses with tricky off-camber sections, as the slacker head tube angle keeps the bike planted to the trail, instead of plunging down the fall line or slipping off precipitous edges.

Looking at the Mojo HD4's suspension, it's no surprise that Ibis retains the praised kinematics of the DW-Link platform, namely its ability to pedal efficiently with anti-squat characteristics paired with a linear feel for a smooth, predictable ride. Benefiting from continuous research and design, the Mojo HD4's upper and lower links are 30 and 40 percent stiffer, making it all the more competent over rugged trails. Travel increases by the tiniest bit, from the previous 150 to 153-millimeters. Furthermore, the Mojo HD4 is now designed around piggyback shocks while still fitting a 22-ounce water bottle in the frame. The included Fox Float DPX2 is tuned for greater end-stroke progression, preventing the Mojo HD4 from bottoming out when you're rallying across gut-spilling rock gardens and sending bigger hits.

We'd be remiss to forget mentioning the meticulously engineered carbon frame of the Mojo HD4, which benefits from Ibis' one-piece carbon lay-up, resulting in a lighter and stronger frame with high levels of stiffness. Each frame is optimized to fit longer dropper posts than before, with the small frame accepting 150 millimeter droppers, while the medium and larger frames readily accept 170-millimeter sizes. As you'd expect from a bike of this caliber both internal cable and dropper cable routing clean up its overall aesthetic, meaning you'll be able to focus on its aggressive stance and striking paint without being distracted by messy cables. Other notable features include the ability to clear high volume tires up to 2.8 inches, BOOST axle spacing for stiff and precise wheel tracking, as well as Ibis' choice to stick with a threaded bottom bracket to keep creaking at bay.

I built this thing up because I wanted a bike that would pedal well, but primarily that would feel at home on rough trails/jumps/etc. The DW link suspension on this thing makes it a great climber for what it is, the the suspension and geometry are both absolutely perfect for what I was looking for. Overall a very big/slack feel to it that is super stable, but not quite as extreme as bikes like the Nomad and Firebird. On flatter/smoother trails it's certainly overkill, but still feels quick and fun enough. If you want a do it all trail bike, with a bias towards the downhill, definitely give this bike a serious look. The one drawback that loses a star is the bottle fit is TIGHT. I got a sideloader bottle, modified it to slide farther down, and I can barely fit a 22oz bottle with the X2 shock. It actually still looks like it will hit when the shock compresses... but I've ridden it a handful of times now and it seems to be working. To their credit, Ibis gives you a bottle mount option on the underside of the downtube as well. So you've got options. Also, the black color looks incredible. It has orange graphics, which I assume they did so they match the fox suspension without requiring custom decals. What's cool is that the frame is actually a mix of matte and gloss finish, which I hadn't realized online. Looks rad and gives it a bit more personality than just a plain black.

At 5' 10.5" with a 32" inseam, you guys recommend a medium in this frame, yet Ibis web site recommends a large. Why the difference? 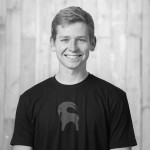 Hey Bryan, At that height. I would put you on a large. I would fit you best. I send you an email explaining more.