Hand Length:
Measure from tip of your longest finger to base of your palm, where it meets your wrist.
Hand Circumference:
Measure around your hand at the widest point excluding the thumb.

When you need a glove that will take you from groomers with the kids to backcountry powder days, look no further than the Hestra All Mountain CZone Glove. Warm and versatile, this glove is equipped with a CZone membrane, effectively blocking wind and snow while remaining breathable. A durable nylon shell and goat leather palm provides reliable protection from snow, ice, and the occasional tree branch. Fiberfill insulation shields your hands from cold mountain conditions, so you won't have to stop in the warming hut every few runs to regain feeling in your fingers. A pull strap with a hook and loop closure seals out snow and draft, while a small pocket on the back of the hand offers storage for handwarmers on extra chilly days.

Hestra missed on this one

I purchased these gloves about a year ago for skiing. I used them a few times for skiing out west and they were fine but not great. I took them up to Vermont over the past couple weeks and boy was I shocked. Not only the tips of my hand's were frozen, but the pocket to hold hand warmers restricted the heat from coming in! Safe to say, I was in the hut almost after ever run and resulted in me in having to buy glove liners (YES! even with a Hestra glove). I've owned multiple pairs of their gloves before, but this one really missed the boat and flat out does not work. Not what I would have expected from the brand and price.

Doesn't live up to Hestra's reputation

This is a type of product that ruins a brand's reputation. On the first day of using it (for cycling), the cap on one of snow lock cords broke off while putting the gloves on. I cycled with them in only 37 deg weather and they didn't keep my fingertips very warm at all, while the backs of my hands were sweating. I wouldn't want to imagine how poorly they'd perform in worst conditions. Maybe Hestra has some higher quality gloves in their product line. I don't know and don't care to find out because I'm never buying their gloves ever again. This goes to show what happens when a brand starts to compromise on quality, even on a low-tier model. Suffice to say I exchanged these gloves for another brand. 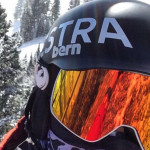 Sorry Tony, we did in fact have a manufacturing error in those and pulled back several pairs to repair and replace. Please reach out to our customer service dept and have them transfer the call to me. Id like to see if we can regain your trust in quality for our brand. Marc