Can't wait? Consider one of the other Cots we have in stock.

Compared to your buddies on their flimsy inflatable pads, you'll sleep like royalty on your next camping trip with the Helinox Lite Camp Cot. This comfy cot provides more support than a sleeping pad and keeps you above damp ground, and it comes in a lightweight and packable design you can take on the trail.

I booked a recent fall hunting trip where the outfitter informed me we would be sleeping on ground pads. I bought the Helinox lite camp cot and was greatly pleased! Not only is it light weight but the bulk of cot and light weight mattress was a lot less then the bulk of foam pads packed in on mules. My sleep was amazing on this cot! Will be buying one for my wife as well. This is the best outdoor product I have bought in years! If I could make one recommendation is that the cot would come in a couple of inches wider.

Light but not roomy enough

I would love this thing if was just two inches wider, As a side sleeper my knees hit the frame and its rather annoying. I understand why its slimmer so you can fit it in more tents, but I wish they made a larger size as well. Other then that its well designed and is light and very packable. This is Not ideal for backpacking unless your a god of luxury but works super well for Car camping and travel. On colder nights ( Anything below 45* ) I'd recommend pairing it with a pad as any sort of draft will steal all your heat. overall its a great cot just wish it was a little wider.

I took this cot out for a weekend car camping trip and was very impressed. As a side sleeper, I always wake up a bit sore after a night in the tent. I ended up putting my sleeping pad on top of the cot and slept like a baby. Super easy to set up and packs down small. 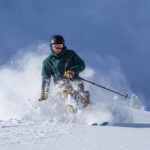 Simple to set up, great to sleep on

Grabbed this for a car camping trip and ended up checking it in a bag while visiting friends out of town the next weekend. Surprisingly light and packs down pretty small (for a cot!) and is easy to include with your other gear. Took me a sec to figure out how to properly set up (once I read the included instructinons...) but everything seems to a nice quality and it ended up being more comfortable than it looked! 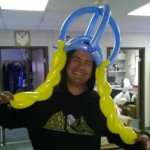 I purchased a couple of Helinox camp chairs a few years ago and even though they were pricey, they quickly became our favorite bit of camping kit and we use them constantly. They are light enough that we will pack them for a day hike and they are small enough that they will live in our car so we always have them with us. We love the chairs so much we decided to try the Cot. I picked up the Cot Lite and it is super comfy and very light. Light enough for Backpacking although definitely not ideal for the minimalist, it takes up barely more space than a foam pad, but not nearly as small and light as some of the inflatable options, but the inflatable's don't really play nice for side sleepers so that is where this cot shines. I docked one star, it's not a complaint I have, but something my wife noted and that is on setup. You do have to flex it quite a bit to get it all together and that requires some effort. The first time you do it, it almost seems excessive, but once you know you aren't going to break it, it becomes a non issue, but smaller people might have an issue since it does require some effort. The regular cot, (not the lite version) is a little heavier but has a feature that allows it to assemble with less effort. I am probably going to buy that one for our second cot so my wife can assemble it without issue. 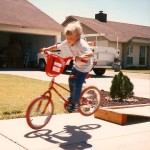 This cot is totally worth the money! it's easy to set up, and really comfortable. I'm a side sleeper and often have trouble sleeping when camping, but not with this baby!

Just went on two short camping trips with this cot. FYI, had just SERIOUSLY tweaked something in my back 2 weeks prior, so I wasn't sure I was going to be able to just sleep on my Z-Lite SOL. This cot was amazing! Super light, easy to set up, and totally comfortable. 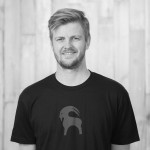 Thanks for the review, Max, every bit of info helps!

A cot lightweight enough to take backpacking? You decide, at 2.6 lbs, the Cot Lite is a very lightweight, comfortable option for those backcountry travelers looking for more support than a pad but still enough room in the pack for the essentials. The Cot Lite is very simple to set up and although lightweight, is still constructed with durable and strong poles and tension lock handles.