Touring the High West Distillery with Basin and Range

by Pace
posted by

Touring the High West Distillery with Basin and Range

For us, mountain towns don’t get any better than Park City, Utah.

The powder skiing, Western heritage, and small-town feel with big-city style have a way of inspiring the creation of great brands. Founded twenty years ago by two Park City ski bums, Backcountry.com is counted among them. To introduce Basin and Range, the latest creation inspired by Park City, we shot the clothing on location at the new High West whiskey distillery at Blue Sky Ranch, another great Park City establishment. Featuring Utah’s first legal distillery since 1870, High West has been breaking some serious trail―we can get behind that.

The Basin and Range Men’s Wasatch 800 Down Jacket and Women’s Evergreen Quilted Down Jacket on location at the new High West Distillery at Blue Sky Ranch.

High West is the vision of David Perkins, a former biochemist with a passion for good food and good drink. While touring a Kentucky whiskey distillery in 2002, he was taken with how the operation looked like a big lab―an environment familiar to him, with the addition of wonderful tastes and smells. That was the beginning of a journey that would lead to the creation of the High West Distillery and Saloon just off Park City’s historic Main Street, the world’s only ski-in distillery and gastro-saloon. Over the last decade, bottles of High West Whiskey have become a fixture not only in Park City, but also in fine drinking establishments across the country. To meet the growing demand, High West has substantially expanded its production capacity with a new distillery at Blue Sky Ranch.

Enjoying the rolling hills and ranges above Park City, Utah.

Located just minutes from downtown Park City, Blue Sky Ranch is a historic cattle ranch spread over 3,500 beautiful acres in the Wasatch Range. The partnership between High West and Blue Sky Ranch is a perfect fit, built on a shared passion for the heritage of the American West. The new operation includes a 20,000-square-foot distillery, visitor center, gift shop, tasting room, restaurant, and lodging. As the only distillery-dude-ranch in the world, the location made an ideal backdrop for shooting the new line of mountain town inspired clothing by Basin and Range. High West was gracious enough to give us a tour of the new facility and allow us to explore the ranch. To say we came away impressed would be an understatement; it’s a sight to behold.

Our tour guide was Brendan Coyle, High West’s lead distiller. With rolled up sleeves and tousled hair, it was apparent he’d been hard at work—getting an operation of this scale off the ground is no easy task. With more than 15 years of brewing experience and a Masters of Science in Brewing and Distilling sciences from Heriot Watt University in Scotland, it was a real pleasure to learn firsthand from Brendan how whiskey is made.

The process begins with sacks of grain that are milled to the consistency of coarse flour. To make a great American craft whiskey you need great grains, and High West starts with the very best grains they can source. The grain then goes into a mash tank with water and yeast where it’s brought to temperature and allowed to ferment for three days. Brendan then pointed out two things we found particularly interesting. At this point in the process, what you have in the tank is essentially beer, and this is how every whiskey gets its start. And that the strain of yeast used is the secret distillers will guard above all others, because the yeast has a large role to play in producing the flavor profiles in the final product.

The mash is then transferred to the still, and this is where the magic happens. Imported from Scotland in two massive sections, High West’s 1500-gallon copper pot still is the centerpiece of the operation. The first of four identical stills that will one day occupy the space, it’s a cauldron of shimmering solid copper, replete with an array of steampunk-like gauges and dials. It looks like something from a Willy Wonka factory. The process is complicated at this point, and I won’t try to describe it in its entirety. But essentially, because ethanol vaporizes at a lower temperature than the rest of the mash, it rises through the copper neck and travels to a filtration column. Copper is essential because it reacts with the product at a molecular level and scrubs out sulfur. After four stages of filtration the vapor cools and becomes whiskey. The whiskey is then put in barrels and aged. One batch from this still will produce four barrels of whiskey.

Selecting a bottle of High West’s finest. The Basin and Range Women’s Cottonwood Down Jacket.

Before leaving, we made sure to stop by the shop and buy a few bottles for conducting a little experimentation of our own. Later that evening, inspired by the day’s events and the new collection of Basin and Range clothing, we sat around a campfire and crafted a beverage we’re calling the “Basin and Sage.”

The Basin and Sage

Thank you Nate for the hilarious comment! These articles that Backcountry have recently posted have been insanely hipster and I'm glad I'm not the only one who has taken notice.

Not highly recommended: flaming your ax head over a camp fire to look cool. It will change the temper of the metal, you might singe your beard, and the axe bit could bend or shatter during future use. Out of embarrassment, you'd probably have to stop wearing flannel. 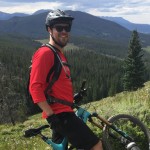