HWY 89: The Journey is Everything

by Pace
posted by

HWY 89: The Journey is Everything

It winds north from Mexico to Canada for nearly 1600 miles, connecting seven iconic National Parks including Grand Canyon, Zion, Grand Teton, and Yellowstone. As long as there have been cars, 89 has beckoned to travellers yearning to see the American West, especially so during the ‘50s and ‘60s—the golden age of the American road trip. Faded remnants of the era are still visible in the one-stoplight towns that have since been bypassed by modern freeways―boarded-up motor inns, faded diners, and neon signs that have long gone dark. With the promise of Teton powder on the horizon, four of our own took the old highway north, stopping often to rediscover the pleasure of the slow road, experiencing the rivers, cliffs, and scenic vistas along the way. It’s not the fastest way from our home in Park City to the Tetons, but it’s the better way.

The modern age has changed the way we think about travel. Freeways and jumbo jets have shrunk distances. The mapping software on our smartphones compels us to take the fastest and most direct route. We’ve been led to believe that the best way to travel is synonymous with the fastest way. The first leg of our 300-mile journey north is a reminder of this reality. Along the Wasatch Front, old Highway 89 has been swallowed up by urban sprawl. Clogged with streetlights, strip malls, and smog, it’s not charming. The highway runs parallel with Interstate 15, the faster route north that our phones recommend we take. We pay them no heed and deviate with the 89 to the northeast, cutting through the Wasatch and dipping into Cache Valley, a place named for the fur trappers who cached beaver pelts and rendezvoused annually in the region. Here we enter the Logan Canyon scenic byway and the truck becomes a time machine. For the next 200 miles to the Tetons, Highway 89 has remained essentially the same for decades, a living link to the golden age of motoring.

In Logan Canyon the road winds with the river and gains elevation at every turn. We pull off at China Cave, a limestone sport-climbing cliff that juts out over the river. The cave is home to a route called Super Tweak. First climbed in 1994, it was the first route in America to be graded 5.14b. We test ourselves on some easier adjacent climbs, and help our dog, Luna, who has come out from the bushes covered in burrs, before continuing north. Some friends of ours have been gracious enough to let us spend the night in their yurt near the top of the canyon, and we arrive just as the sun sinks behind two peaks with the apocalyptic names of Gog and Magog.

Shop the Our Top Picks Collection

On the road again at first light, the truck quickly crests the highest point in the canyon, passing a snowy depression called Peter Sinks. The natural sinkhole formation lays claim to the second coldest temperature ever recorded in the lower 48, a frigid −69°F. As we descend from the mountains, Bear Lake comes into view. Called the Caribbean of the Rockies, the massive lake is famous for its turquoise blue color, the result of the sun reflecting off limestone particles suspended in the water. Gray skies dull the color, but we stop at a spit of sandy beach, taking the opportunity to stretch our legs and go for a run.

The Highway bends around the north end of the Lake, crossing the Utah state line and entering Idaho, passing through the tiny pioneer towns of Fish Haven, Paris, and Ovid—places where the population rarely exceeds a few hundred people. In Montpelier we hastily pull over at the sight of a 10-foot-tall bronze statue of a grizzly bear. We discover the bear’s name is Old Ephraim. Killed by sheepherders in 1923, he was reportedly the last of his kind to wander the region. Before leaving the Bear Lake Valley, our route bisects the old Oregon Trail, the primary east-to-west wagon route used by thousands of pioneers, and also the namesake of the computer game we all remember playing in grade school.

Highway 89 takes a hard turn to the east and we climb another mountain pass on the southern edge of the Caribou National Forest. The road winds with a creek that’s punctuated by dozens of beaver ponds. On the east side of the range we cross into Wyoming where the road bends back to due north and we drop into Star Valley. This is ranch country, a place where pasturing cows and horses far outnumber people. In furrowed fields on both sides of the road, we spot flocks of lanky sandhill cranes, probing turned ground for forage with long, slender beaks. Spanning Highway 89 in Afton is an oddity of the American West: an arch made of 3,000 elk antlers. We drive under the structure and hang a left on the outskirts of town, taking a break from the road to cast after brown and cutthroat trout in the Salt River. Despite our best efforts the fish won’t rise, but spending a couple of hours in this valley is reward enough.

Thirty more miles down the road we reach the Alpine Junction and the Snake River. Jackson and the Tetons are only another 40 minutes away, but we resist the urge to sprint the last leg of our journey, taking time to picnic on some rocky ledges overlooking the wide, emerald green river. By the time we reach Jackson we’re tired, but the fatigue is quickly outweighed by the excitement of the coming days. Snowflakes are falling as if on cue. Fresh powder seems to be in our future.

While touring the Teton Range in the early 1900s, President Theodore Roosevelt famously commented, “This is how mountains are supposed to look.” We share that sentiment. Flanked by flat valleys on the east and west, the Tetons rocket skyward for more than a mile. They are sharp and jagged and intimidating, and to our benefit receive over 500 inches of annual snowfall. The Tetons are literal weather magnets, notoriously socked-in and obscured from view for weeks at a time. This was our experience while forging a skin track in the Grand Targhee backcountry. But at the top, just before descending, we got lucky. The clouds rolled back like a curtain, and we made fresh tracks with the grandest of views in our periphery. Ten minutes later the curtain closed, and we didn’t see the range for the remainder of the day. It was a storybook ending to our journey north on old Highway 89. In a world where instant gratification is the rule and faster is synonymous with better, slowing things down is rarely a requirement. Taking the slow road requires a deliberate choice, and it reminds us that the journey is everything.

This season, we hope you’re inspired to plan a journey. By all means choose an epic destination, but also choose the slow road, and see what else there is to discover along the way. The slow road is about more than just driving an old two-lane highway. Whether it’s becoming a great skier, master fly fisherman, 5.13 rock climber, or running a three-hour marathon, these things are worked out over a long period of time. There are no shortcuts; it’s a slow road. But you’d be hard-pressed to find anyone who didn’t have a good time along the way. As for the gear you’ll need to make the most of the journey, we’ve got you covered. 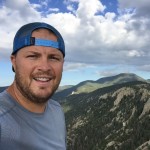 Great article, Pace. I think I might recognize that yurt....