by Jared Downs
Photo by Steven Masters, http://www.everydayepicsphoto.com/
posted by

There comes a time in many people’s lives when things need a little shaking up; that feeling overcame Henry Wasserman in 2013.

He was a 34-year veteran of the financial services industry, but it was losing its appeal, despite several career moves within the sector; where he found himself did not line up with who he wanted to be. The desk was taking a toll on Henry’s physical health, too. It was time to break away from his desk and hit the trail, time for a mental cleanse and a renewed focus on his health. He began thinking of taking on the entire Appalachian Trail (AT), the granddaddy of all bucket-list through-hikes.

However, Henry was somewhat short on experience; his prior hiking experience consisted of short hikes covering sections of the AT over the past three years. As he began researching what he needed, he came across Backcountry.com, and in the middle of October 2014, he called in to speak with one of our Expert Gearheads. I was the one that took his call. I could sense, from the huge number of questions that he had, that Henry was feeling pretty overwhelmed with the enormity of the challenge he was taking on—hiking 2,168 miles at one go—as well as the amount of gear needed and the variety there was to choose from. Personally, it took me years of trial and error and thousands of dollars to dial in my own backpacking kit.

Initially Henry just wanted to get all the gear and when the timing was right (maybe 2015, 2016, or beyond), he’d pause his career and head out on the AT. But with each call and email exchange, I could feel the excitement building and pretty quickly, 2015 became the year for him to attempt the hike.

Since Henry had done pretty well in financial services, he had a generous budget for his gear. He had done some research and came to a figure of $2,000 as what he thought might be reasonable for a full kit. But he also had a second goal and this was to keep his “base weight” (the weight of all gear being carried sans food, fuel and water, i.e. gear that is non-consumable) under 20 pounds. To achieve both of these goals was no small task. And in the end we went a few hundred dollars over budget but we kept his base weight near the 20-pound goal.

In every call, we were working together to put his dream in motion. In the beginning we relied heavily on phone calls to really paint a full picture of what Henry’s goals were. Once we had the foundation of our relationship built, we switched to email where each email was filled with hyperlinks to products with my comments about the pros and cons of each product; ultimately my goal was to help him make the best decision based on the trial and error I’ve had with purchasing and testing my own gear.

Since Henry’s goal was to hike the AT, we started with tackling a few of the big key “systems.” We looked in-depth at pack options so we could define the total volume available for gear. Upon selecting the Granite Gear pack, we moved to defining the sleep system (sleeping bag, sleeping pad and tent), then onto the cook system (stove, cookwear, misc. cooking items), his water treatment and then lastly his apparel kit. Our process was to explore all options in each category; for example, when looking at sleep systems we considered a number of different ‘shelter’ options beyond the standard tent. Hammocks are great because they’re a great way for getting off the ground when it is raining; however, storing gear can be a bit hard. A bivy sack is a great lightweight minimal option that packs well, but again, gear storage is tough and there is no room for spreading out. Tarps and fast-pitch shelters are super lightweight and quick to set up, but while they may offer more protection that the above options, they’re still not 100% weather resistant. We settled on a tent because while it does weigh more, the extra protection and room to spread out made it worth the weight.

At this point it has been about six months since Henry and I first connected to talk gear. It began with a few technical questions about weight, features and materials for a pack but ultimately turned into my learning about his personal tastes and goals. While there are many great options for gear out there, not all of it either fit his budget or his preference in terms of style, fit or function.

As we were working on assembling what he would need on the trail, Henry was also putting the gears in motion to ditch his old life. Two weeks prior to his scheduled departure, he closed on the sale of his home. In addition to the house, he sold many of his belongings and packed up to ride his Harley Davidson motorcycle from Florida to North Carolina. From there he got a ride to Amicalola Falls State Park (at base of Springer Mountain, Georgia) and headed north on the AT.

Henry’s adventure began March 20th, and he plans to be on top of Mount Katahdin in Baxter State Park, Maine by the end of September. As he heads out on the trail, our bi-weekly phone discussions and email exchanges will slow but I’ll still be here to help recommend and ship new gear to post offices along the trail. Once he hits New Hampshire I’ll be sure to recommend which towns to stop in at and where the best food is!

It’s only fitting as Henry heads out on the trail that we start calling him by his trail name, “Harley.” So to Harley, I wish you the best of luck and hope this is the experience you’ve been after! I’ll be a phone call or email away so anytime you have questions or need anything, you know how to contact me. I’m looking forward to hearing about your progress and how this trip unfolds.

How to Choose a Backpacking Tent

How to Choose Hiking Shoes and Boots

Tips for Lightening Your Backpacking Load

Backpacking 101: Planning and Outfitting Your Trip

I dig it! Go with what you feel! 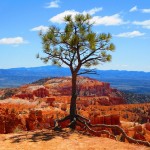 Good luck Harley!! live it up !! Hit us up when you get to stokes state forest area!!

This sounds like a dream come true!! and a dream to become a backcountry gearhead as well-- man how does one get such a job where do you look!!! I'm on the east coast and I feel like there are no jobs like that out here like there are in the west!! backcountry.com come to the east coast as well or if anyone has any leads on the ny/pa/nj area of outdoors jobs hit me up!

Two of the guys I hiked the AT with now work as backcountry gearheads. I'm not sure a expensive complex multifuel high pressure alpine stove would be something they'd recommend for any endeavors where you're not over 12 thousand feet in a third world country. An alcohol stove made from a beer can is a trail favorite (for non arid climates such as the AT.) Or if you don't want to burn down California, the much cheaper MSR Pocket Rocket. Believe it or not, there are places to get fuel canisters, even walmart sells them.


Funny, a pump style filter. We saw a lot of those in hiker boxes because they break all the time. The cheaper, lighter, easier to maintain Sawyer style squeeze filter has become the standard. Before the Sawyer (which came out the year I hiked) most everyone was using Aqua-Mira after their pumps/pens broke, again cheaper, lighter, easier to maintain. Those of us truly able to live out of a gas station, just use bleach, (however this requires proper research in risk and use).


The dude was a couple hundred over budget? Come on man.


I will say I love the pack choice though. Used a Crown on my hike. Just got know how to fill it right and it rides like a dream. 20 lb base weight on 5 day resupplies is a little steep for that though.

One of my dreams! Can't wait to hear more about his trip!

Good luck Harley! And might I add... you gearheads are so freakin' awesome! Always have tons of info so thanks!

Harley is lucky to have you for a guide Jared!
Best of luck on the trail, Harley!