Fly Fishing 101: An Intro to Techniques

Fly Fishing 101: An Intro to Techniques

Fly fishing is any sort of fishing in which the weight of the line is used to cast a fly so as to lure a fish to bite. Sort of.

With the publication of Izaak Walton’s Compleat Angler in 1653, the fly fisher was idealized as a gentleman angler casting dry flies on an English chalk stream to dignified trout. But Walton fished with frogs and worms, and some flies are tied to look like things other than flies (deer hair mice, for example—big browns love ’em, especially at night).

Since Walton’s book, fly fishers have developed a range of techniques and tackle effective for catching everything from undignified carp to 100+ pound tarpon; popper-smashing largemouth bass to rod-shattering musky; native strains of alpine cutthroat trout to East Coast striped bass at high tide.

In baitcasting and spin fishing, the weight of a lure or sinker is used to cast a lightweight line across a body of water. The heavier the lure, the lighter the line, the further the cast.

Fly fishing, or more specifically fly casting, switches the roles: flies (essentially lures) are tied light, and fly lines are made heavy. For example, a typical dry fly, say a size 18 Adams, is tied light enough that it floats on or at the surface of the water.

It follows that a fly with so little weight could never generate the momentum necessary to make much of a cast. But a weighted fly line can generate line speed using a quick stop on the fore and backcasts.  A fly fisher with a one-handed rod creates a continuous, dynamic ‘loop’ that can shoot a size 24 midge emerger (the higher the number, the smaller the fly) across a river to a rising fish.  Fly lines and leaders are tapered, with more weight in the tip section of the fly line so that the loop turns over smoothly at the end of a cast.

Fly Fishing for Trout & the Salmonids

Trout and their cousins—char, salmon, and greyling—are the fish Izaak Walton chased after back in the day, and they remain the fish most people associate with fly fishing. Trout prefer colder, cleaner, more oxygenated water, and are often grouped together as ‘cold-water species.’ Trout and salmonids tend to live at latitudes further north or south, or at higher elevations, often in rivers and streams that move quickly down mountain ranges. That’s a plus—the salmonids’ taste for habitat that is clean and quick moving tends to mean beautiful settings like the Rocky Mountains, the Appalachian Mountains, the Sierra Nevada, and the backcountry of the far north. Brown trout are able to put up with a lot in terms of warmer water temperatures and less pristine conditions, which, combined with their aggressive nature, has made them the most prolific of the cold-water species in most regions.

Cold-water species are fished for in rivers and streams as well as on stillwater—lakes, ponds, and reservoirs. Rivers and streams are often waded, with deeper rivers sometimes floated in flat-bottomed ‘drift’ boats or one-person pontoons. Stillwater can be fished from shore or waded, but many fly fishers prefer using inflatable personal watercraft like pontoons and float tubes to get to fish holding away from shore.

Fishing for trout typically involves one-handed rods between 7.5 and 9 feet, in weights from 6 down to 00, depending on the size of fish you’re after. Dry flies, wet flies, nymphs, and streamers can all be highly effective, depending on conditions.

Think bass, perch, bluegill, walleye, pike, carp. Maybe a musky if you’re lucky (or unlucky, if your rod explodes when the musky runs you into your backing). Using fly tackle for warm freshwater species is relatively new in the history of fly fishing. Fly fishers developed many warm-water flies from trout and salmonid tackle, picking up lure designs (like poppers) and techniques from baitcasters and spin fishermen along the way.

Warm-water species tend to mean heavier rods, 6 to 8 weights, with large arbor reels and sturdy drags. Rods run lighter for perch and bluegill, heavier for pike and musky. Warm-water species are most often fished for on stillwater—lakes, ponds, and reservoirs, where a 10-foot rod can help push a heavy bass fly into the wind. Fishing from shore or working shallows can be effective, but many warm-water fisherman fish from float tubes, pontoons, or boats.

Steelhead are sea-run rainbow trout, which, along with Atlantic salmon, constitute a branch of the salmonid family tree that deserves its own category. Fly fishers have tried for steelhead and Atlantic salmon as far back as Izaak Walton’s day—and “try” is the key word. Steelhead and Atlantic salmon can get big—very big—while at sea. But en route to their freshwater spawning grounds, where most fly fishermen run into them, both species lose their appetites. Accordingly, techniques that evoke territorial rather than predatory responses are preferred. Steelheaders tend to fish brightly colored streamers and egg patterns to large and reluctant fish on rivers that are wide and deep. Long casts—lots of them—are the rule for steelheaders, as landing a few in a season is a significant accomplishment, and a few in a day a rarity.

A two-handed cast that uses the tension of slack line loops on the water to load the fly rod (rather than line suspended in air in front of or behind the rod, as in traditional fly casting), is particularly suited for the long days of long casts on wide rivers that steelheading demands.

Hardcore steelheaders are a breed apart—something about the combination of workman-like casting techniques plus the cold, wet conditions of peak runs on steelhead rivers and the persistent possibility of fishless days makes for fly fishers with a cult-like commitment to the species and a tendency to fix a blank stare at a distant point on the horizon when the conversation shifts away from steelheading.

Long, one-handed rods in 7 to 9 weight, or two-handed spey/switch rods in 7 to 10 weights can put heavy streamers across wide rivers day in and day out. Reels with large arbors and sturdy drag systems can handle the heavier fly lines and long, leaping runs of steelhead and Atlantic salmon.

Though saltwater species range more widely in size and shape than all the freshwater species combined, fly fishing for most saltwater species does share one key characteristic: it doesn’t happen on rivers. Saltwater fly fishing tends to require heavier tackle, and corrosion-resistant equipment, which often means higher-quality materials and higher-tier price tags than, say, a 5-weight graphite trout rod.

Saltwater fly fishing is typically done from a boat: flats skiffs for bonefish, tarpon, permit, and redfish in shallower water, or larger offshore boats for tuna, marlin, dorado, and sailfish. But surfcasting with fly tackle—casting from beaches for cruising bluefish and striped bass—is growing in popularity, as is casting from sea kayaks and paddleboards for flats fish.

Tenkara is a style of fly fishing developed on Japan’s high mountain streams using long, telescopic rods with level (weighted, but not tapered) lines attached to the tip. Tenkara emphasizes a minimalist approach—the masters use one general fly for all situations, and tackle tends to be spare and lightweight. It follows that Tenkara has experienced a surge in popularity with North American ultralight backpackers and backcountry fly fishers, as well as fly fishers looking to catch trout without the hyper-specialization of most modern tackle.

As a result of efforts by conservation and fisheries advocacy groups, in all disciplines of fly fishing, catch-and-release ethics have become the norm. Fish are released upon landing with an eye to minimizing stress on the fish. Some fly-fishers do keep a fish from time to time to eat, especially backpacker and backcountry fly-fishers in the vein of John Gierarch’s seminal Trout Bum. But in overwhelming numbers, fish caught on fly tackle are released.

Fly Fishing 101: An Intro to Flies

How to Choose a Fly Rod

How to Choose a Fly Reel

Another great intro to fly fishing article from BC! There are countless fish worth going after, esp in the trout family - cutties, golden, dolly varden, brookies, tiger...the list is endless. And if you are lucky enough to hook up with a steelie, you will fully appreciate the authors comments above. Good luck and tight lines! 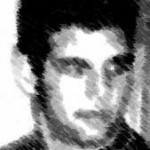 I'm looking forward to catching some cutthroats in Yellowstone on my trip this summer. Thanks for the article!