If there has been a clear frontrunner in the past three years in women’s ski halfpipe, it’s been Maddie Bowman. She has taken four X Game medals in addition to several World Cup, Grand Prix, and Noram wins and podium spots on her ever-more-impressive resume. With the addition of her Olympic gold to her trophy shelf, she’s more motivated than ever to keep progressing personally and to move the sport forward. Maddie came from a ski racing background originally, skiing out of Sierra-at-Tahoe on the California side of South Lake Tahoe. She now lives in Salt Lake City, taking classes at Westminster College; recently, a few of our Gearheads sat down with her to ask a few questions:

How was Sochi? Did you stay mostly up at Rosa Kutor Extreme Park, or did you go down to the city as well?

It was tiring, exciting, it was just nuts. The whole experience, competing in the Olympics, it was just really cool. I got to stay at the coast for the first four days I was there. It was pretty rad. We had a view overlooking the Black Sea. We went to men’s figure skating. It was very elegant. My coach Ben fell asleep while we were watching it, we were so jet-lagged. I saw two women’s hockey games, and the US versus Canada men’s game.

Life in the village was a lot like college. There were so many people from different places. The coolest thing, the one that really brought the athlete village together, was the pin trading.

You have four Winter X Games medals, including back-to-back gold medals for women’s pipe. Does this Olympic win overshadow that for you?

I don’t think so. I think our sport owes everything to the X Games. They really believed in us from the beginning, and it was really cool to see. I love the X Games, and I’m really proud of those medals, especially my second win. The Olympic gold medal still hasn’t really sunk in yet.

What was the your favorite trick to see thrown in the pipe in Sochi while watching the other competitors?

Joss Christiansen’s triple on the last jump for slopestyle was my favorite trick to watch. It was cool, and he made it look easy! It wasn’t like a hucked triple, it was a sick triple, and it ended his run with a big ‘bam’ and it was really cool.

What is going through your mind ten seconds before dropping in on a big run?

I just kind of think about what I have to do, then I forget about it […] well, I just pretend that I’m not about to drop in. I get up there and joke with my coaches, then just all of a sudden I’m going. My coaches will say, “Remember to pop on your 9,” and I’ll think, “OK,” but then after I can just not think about it, which is nice for me.

What do you put more emphasis into when deciding on and creating a run, the style of a trick or the technical aspect of performing a trick?

I think I try to put equal emphasis on both, but my personal style is more technical in a way. Sometimes I put too much emphasis on technicality, and I think that sometimes that’s my downfall, because I should be more worried about style.

Maddie sharing some of her gold medal glory with Gearhead R.J. Gardner.

Do you think that your alpine background has something to do with your more technical style?

I definitely think that people who come from a mogul background grow up with style being a [factor], whereas once you switch over from racing it’s something you have to learn … it’s something I’m still learning.

In Sochi, it seemed like the judges were rewarding style, but some people feel like the Olympics should focus more on quantitative measurements. What are your thoughts?

I believe the judging was pretty accurate and followed pretty well what all the freeskiers [had said] was most important in our sport. I think if we had not been so vocal about how we were to be judged and what is important, it would have come down to more quantitative measurements.

Which skiers do you look to for inspiration?

Growing up, I looked up to Sarah Burke, and I still look up to her today. I definitely look up to Brita Segornie because we travel everywhere together and I kinda follow her around. I look up to Wing Tai Barrymore, he’s a great skier. It’s terrifying to watch him, but he’s really good at pipe.

How do you cope and/or thrive in a predominantly male environment?  Do you find yourself gravitating towards other women in your niche to forge a sense of camaraderie?

I look to Brita for things, but I also look to Tai for things … it doesn’t matter whether they are women or men. I think taking bits and piece from everyone is great. […]  My friends skiing and traveling are boys and girls, and it’s nice. […] No matter what, you end up making really great friends. You’re traveling with them, living with them, and it’s cool to be able to share that experience with a large group of people.

Do you ever get teased by the guys, or do they respect you for what you’re doing?

Outside of skiing you live a very active lifestyle. What is your most used piece of gear not related to skiing?

My mountain bike. I have a women’s Giant, it’s white. I had a Santa Cruz Superlight but it got stolen, so I bought this new Giant. I took it out on my first ride, its big debut, and it was so cool. I love it.

Do you ride a lot here in Salt Lake City, or mostly back home in Tahoe?

I rode a lot in Tahoe, I haven’t gotten to ride a lot out here (in Salt Lake), I don’t really know where to go. I went up to Park City, and I’ve ridden Bobsled up by the U[niversity of Utah], but my favorite rides are in Tahoe.

What are your top three favorite rides in Tahoe?

I like Toads, Christmas Valley Downhill, and Armstrong. [Armstrong’s] a fun one because you can do like three miles of up and eight miles down, which is fun.

To us, living and playing in the outdoors is all about using the mountains to their full potential. It doesn’t matter if they have snow on them or not. Biking, skiing, climbing, fishing, anything you can do outdoors—we Gearheads feel that you shouldn’t hesitate to get out there. After talking with Maddie Bowman we were happy to hear that she has the same vision and that the glamor of winning an Olympic gold medal doesn’t change that.

3 Simple Ways to Improve Your Skiing on the Fly 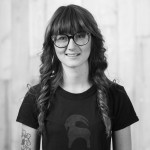 Love your pic with Maddie!