A Day in the Life of an Avalanche Forecaster

by
Gearhead Casey Glaubman dropping in the Silverton, CO backcountry a couple days after an avalanche cycle due to recent snow fall. Photo Credit: Ian Matteson
posted by

A Day in the Life of an Avalanche Forecaster

Backcountry travel has really increased in popularity over the last couple of years, due to heightened emphasis on exercise and major technology improvements making the backcountry more accessible. But there’s hidden danger in this blissful paradise. Areas like these aren’t controlled by ski patrol and don’t have a continuous parade of skiers, snowboarders, or snow groomers consistently rolling over them. It’s up to you and your group to figure out what the mountain will do. If one wrong decision is made, this can happen:

Thankfully, you and your group aren’t really alone in the backcountry. Organizations of backcountry scientists are out there testing the snowpack to predict where avalanches will most likely occur. We call them avalanche forecasters. These tireless warriors of the skin track work to measure 1) the current snowpack, 2) past, present, and future weather conditions, and 3) the terrain. They then create an informative and digestible avalanche forecast to ease the minds of anyone who looks at the above picture and wants to know where and when to have fun and stay safe. The Utah Avalanche Center was nice enough to let me tag along with USA Forest Service forecaster Evelyn Lees during a field day and a morning at the office. This experience gave me a new appreciation for these organizations and the people who keep them running. Here’s how it went.

I meet Evelyn and we head up Big Cottonwood Canyon to look at the aspects that she’s interested in for the day.  I notice that while driving, she’s looking at not only the precipitation, which is rain at the moment, but also at the visible snowpack on the peaks ahead of us and making mental notes.

We stop off at the Mill B South Trailhead to dig a quick pit for the elevation that the Utah Avalanche Center (UAC) considers to be low in the Wasatch (< 8000ft). Evelyn mentions how warm the temperatures are and decides that we’ll do at least a Compression Test (CT). If the results are interesting, an Extended Compression Test (ECT) will follow.

Sure enough, the CT shows the top layer of the snowpack giving way after minimal pressure, so the ECT is done, which follows the CT’s results.  A dense upper layer in the snowpack is releasing and propagating on a weak, warm, and wet layer at the bottom.

Guardsmans Pass will be our high-elevation-rated location for observation. We’ll also be stopping at Spruces, but Evelyn doesn’t want to get soaked early on, and due to the rain/snowline being EXACTLY at that area, I concur.

Since digging our earlier pit in Mill B, Evelyn had been noticing the snow picking up a bit more along with wind from the south. We go over the check-in/check-out system that forecasters use to make sure everyone gets in safe from observations.  I sheepishly make a mental note do a better job at this with my wife and immediate family.

To our relief (or dismay) we find that the skin track toward the north side of the Brighton Perimeter has already been cut.  About a quarter of the way up, we find a very pronounced wind cornice. Our first test slope!

Evelyn glides to the top of the wind cornice and, emulating a rutschblock test, jumps toward where the snow lips outward.  No dice on any layers falling off, but cracks in the top layer of the snow do begin to appear, which signals weakness below.

We find a wider and taller wind cornice and, almost excitedly, Evelyn alights on it, though not as close to the edge as before, and kicks towards the end of the lip. A layer doesn’t fall, but many cracks in the snow surface appear, and Evelyn points each out.  Another two or three kicks and the first foot of snow falls from the lip to the tiny gully a couple of feet below.

After kicking a few more cornices off on the way up, we reached the top flat end before the last climb to 10420.There’s a leftover crown from an avalanche that occurred the Sunday prior. The fracture only went to a mid pack weak layer underneath, leaving the danger for a repeat avalanche after it fills back in.

After topping out at 9810ft and digging what seemed to be an endless pit (190cm deep), a CT test and shovel tap test are administered.  In evaluating the hardness of the snow throughout the pit depth, we note several sensitive weak layers below the new snow that fell the weekend prior.  Conditions are definitely not safe up here.

We pack everything back up, and Evelyn directs me through a heavily treed area of the steeper top section to flatter, more mellow terrain which skied really well. Hidden perk of the job: making sweet pow turns.

After finding our way down 10420 and loading wet gear into the car, we end up at Spruces campground just behind the Days Fork Trailhead. The sky can’t decide between tossing out rain and snow. The last snow pit, for the day, is dug on the last north-facing slope for the day, which shows an easy-moving upper layer – once again a slab sitting on weak snow.

Back at the bottom of Big Cottonwood Canyon, Evelyn lets me know that she’ll compile everything that was gathered today along with info from other individuals and from the weather forecast. Then we’ll make a forecast for the next day.  Meeting time for doing this is 4:00AM tomorrow morning.  Do these people ever sleep?

I arrive at the National Oceanic and Atmospheric Administration (NOAA) office where the Utah Avalanche Center is located. The very early morning starts off with going through and approving the avalanches and observations sent in from backcountry travelers and checking Tweetdeck for any UAC mentions.  Next, all the data from the Wasatch weather stations’ 24-hour weather forecasts are compiled to assist in making an initial stability assessment and avalanche danger rose.

Now that we have all the data, Evelyn records a quick phone message with a brief but informative avalanche forecast. This is for backcountry enthusiasts who will get out too early to see the online version or hear the extended phone recording of the forecast.

Calls from forecasters who cover other areas now come in, and talks commence about whether they should post an Avalanche Watch or Warning due to the dangerous conditions.  A Watch bulletin is decided on and posted on the NOAA site. The forecasters are always careful with the wording of these bulletins, as they need to be concise yet accurately inform people of the danger level that day. Next: compiling all the data and chipping away at the forecast for the Wasatch area, the longest process of the morning.

6:28AM: The Monsters Are Out Of The Basement

The online forecast is finally finished.  It’s broken down into multiple sections:

The forecast is then cloned for Ogden and Provo, as the conditions in both areas are often similar enough to warrant this, though sometimes they do need their own forecasts. Just before posting, Evelyn calls again and records the more detailed avalanche forecast, including a nice line on the deep-slab danger today: “The monsters are out of the basement and running wild.”

Evelyn then goes to work on the Avalanche Advisory email, tweets, and posting a photo to UAC’s Instagram account (@utavy). The Wasatch mountains are on the cusp of one of the larger avalanche cycles of the winter.

Now that all emails are taken care of, Evelyn calls in to the local radio station, KPCW, and is interviewed about the avalanche danger for the day. This interview happens seven days a week and basically mirrors the online forecast, but with a bit more detail.

Finally, the mountain weather for the day is posted, and it’s time for Evelyn to close up shop and take her first nap of the day.  I’m going home to do the same.

HOW TO GET AN AVALANCHE JOB

If all of the above looks like a routine you’d enjoy, a routine that includes more naps than actual sleep cycles and having summers off, here’s what you need:

Donate to your local avalanche center today. To support the UAC, you can donate here or purchase discount lift tickets below—all proceeds benefit the center.

How to Dig a Snow Pit

Out of Bounds, Sidecountry, Slackcountry: It’s All Backcountry 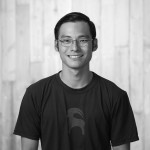 Rad article Wally, thanks for sharing your knowledge.