When that unplanned route deviation is rewarded with sweeping canyon views and open road for days, you don't want to turn around just because the surface turns less than pristine. Whether it's dirt, gravel, or ancient, cracking pavement, the ENVE SES 4.5 AR Disc Clincher Wheelset with Chris King R45 Hubs lets you push onward and upward to roads much less traveled.

While this wheelset shares much of its name with ENVE's SES 4.5, the SES 4.5 AR isn't just a wider version of its namesake. The impetus of the 4.5 AR was originally driven by the unique challenges of European cobbles and a desire to run big tires without the associated decreases in aerodynamics that happens when pairing them with standard width road rims. ENVE engineers created a whole new carbon layup and rim shape designed to pair with 28-30mm tires, maintain aerodynamics, and make the most out of the 4.5 AR's wide, 25mm internal rim width, disc specific hub pairing, and intended all-road utility. ENVE further tweaks the design with the inclusion of a hookless bead design, inspired by its mountain rims, which increases tubeless reliability and results in a clean tire to rim interaction.

Even with all those changes, the 4.5 AR sees a continuation of ENVE's now signature shallow front and deeper rear wheel pairings. The 4.5 AR features a 49mm front and 55mm rear depth to comingle with its SES 4.5 sibling in the sweet spot between the 3.4 and TT-leaning 6.7 wheelsets. ENVE's wind tunnel and real world testing indicate that these wheels hold steady in a wide variety of wind conditions, so they bring their all-purpose depth to multi-surface cycling.

While shaping and dimensions are the brand's calling card, ENVE's obsessively clean construction also sets it apart from the herd of carbon competitors. ENVE wraps carbon fiber continuously around a removable bladder to construct the rims, routing the fibers around each hole for a completely intact, precise design that boasts the highest claimed strength-to-weight ratio on the market. As an added step, ENVE removes the bladder for a final product that's both lighter and more structurally sound than rims that remain packed with molding material. While that extra step of removing the bladder adds time and expense to the manufacturing process, the end result is worth it.

Ready for the not so smooth road 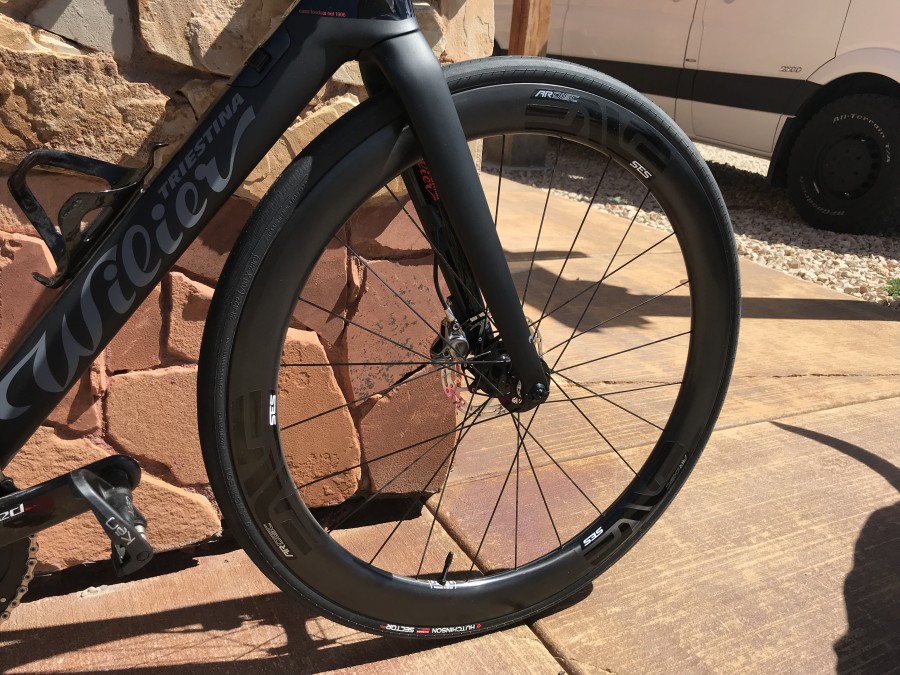 Are these rims only compatible with tubeless tires?

its a hard question..nobody seems to have a definite answer..

Sorry, just saw this question. No, they will work with other clincher tires but tubeless are recommended even if running tubes. Check out the tech articles on the Enve website for tire compatibility recommendations.