Your project's not going to finally send itself while you're on the couch, so tie into the superlight Edelweiss Energy ARC 9.5mm climbing rope and go pull down. At just 58g per meter, the Energy won't weigh you down, but it might be the difference between sticking that desperate move or peeling off the wall for the umpteenth time. If you do go for a ride, the Perform 3 technology gives you a super-soft catch, while the HD Cover provides exceptionally smooth braking and rope handling for your belayer and easy clips for you. Edelweiss gave the Energy a bi-pattern ARC braid, too, so you'll always know where the midpoint is when you're hitting those rope-stretching crags.

This rope is great. Having a bi-pattern rope makes a huge difference when I'm rappelling at night to find the middle mark. I haven't seen this rope fray at all. 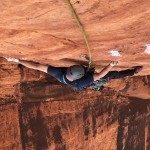 Only used a few times but so far it has good feel and love the duodess. Time will tell if it holds up to being put through the wringer. Will update.

The rope has been working well for me- handles nicely, easy to feed and take in slack, and is supple with no lose sheath. Also, it is easy to tell the difference between each pattern. Basically it satisfies anything you could ask for in a rope. I've used the rope for several weeks now on mostly multipitch trad routes throughout WA and Yosemite. I will update if it does not age well, but I do not foresee issues.

Update: The rope got a core shot while climbing at Indian Creek last week on a normal, unspectacular fall. I am not impressed with the durability of this rope.

This rope is working great for me. Granted, I've only been using it on multi-pitches, and I haven't taken a fall yet, but it seems to be a long-lasting addition to my climbing quiver. I have experienced the fuzzy sheath, but that quickly goes away after using the rope extensively. This seems to be an issue with all ropes with the new HD sheath. 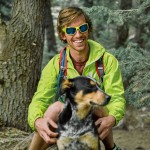 Mine fuzzed up to the point of almost core shots within a couple weeks while climbing the same routes on my local circuit, and mine is the dry treated version. I use runners to extend and am mindful of protecting the rope over edges, but no matter this thing will expose the core if you just look at it too long. Two of my friends bought the same rope around the same time as me and the same exact thing happened to their ropes as well, and one was the standard treatment just like this model. This is the most fragile rope I've ever owned in almost 25 years of climbing and there is a thread on mountain project about the problems with this rope. Edelweiss really pooped the bed on this one and I'll probably never buy from them again. I could have returned mine I guess but it didn't seem like backcountry's fault so I just ate it. Don't make the same mistake I made. Buy another rope.

The least durable rope I have ever seen.

So, I took this rope to Rushmore in order to break it in, and on literally the first climb, the sheath ripped, and the kernmantle core was exposed or very nearly so. Then, over the course of three more outings/days climbing, the sheath wore to the point of a ratty mess. I've used the Beal Topgun two for nearly two seasons now, and it has 1/22 the wear this barely used Arc has. I guess there's a reason it's a cheap biweave. I knew i would get less durability with a 9.5 mm rope, but this is unacceptable. BOOOO!!! 1/10- DO NOT BUY!!!! 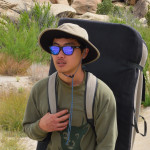 Excited to start using this rope more. We've only had it for a day and we're definitely impressed with the rope so far. It came in a nice bag that had a sewn in tarp which is nice, but a little small. Our old rope(petzl nomad) just had a middle mark, but after a while our rope got dirty and the ink faded so it was super hard to find the center, even after washing. The bi pattern is a huge improvement and will never require an "educated guess" to find the middle. We did have to un-kink the rope and found that running it through my belay device was the quickest method of pushing all the kinks out to the end of the rope. After that though, it climbed like a champ! Super easy to feed out to the climber, and feels like fine angel hair pasta when you're clipping it. No falls on it yet. Also, I normally use the low-friction side of my ATC device to belay, but this rope is thin and smooth so the high friction mode was actually pretty nice to use when lowering the climber. Not much else to report on it yet, we'll see how well it goes over time, definitely stoked on it now! 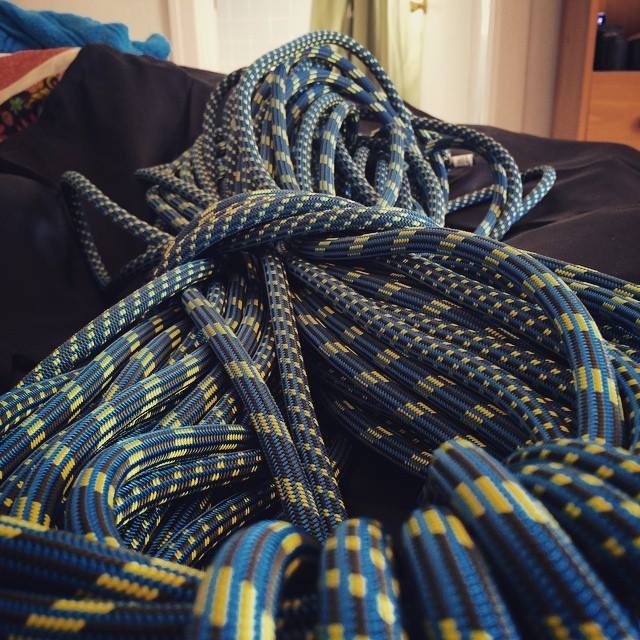