Don't leave your favorite hammock at home just because of cold temps. The Eagle's Nest Outfitters Ember 2 Underquilt surrounds your hammock to protect you from the cold air surrounding you. It has a universal fit that makes it compatible with any backpack or camp-style hammock. By providing insulation under you and on the sides, the Underquilt provides a barrier to keep cold air out and warm air in.

I bought this for cool temps but not so cold that I need the Vulcan underquilt. This kept me warm camping in Minnesota for a few weeks in mid spring. So not super cold, but certainly not warm either. Easy to set up, just clip to the carabiners on each end of the hammock. I found the cut of the hammock to be fine (I'm 6'1") when in my hammock but then I sleep cold and stay pretty bundled up - not spreading out too much.

This seems like a great entry summer or 3 season quilt. My only dislike is that the way it is cut doesn't cover my feet and shoulders that well when laying on the diagonal (as is intended with hammocks). otherwise, it seems fine.

A must for cool weather camps. This worked well and easy use.

Super useful and necesarry addition for cold temp. hammock camping. Super easy to set up and is lightweight and very packable.

super warm and comfortable. def a must if you want a hammock camping set up! 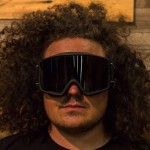 I have pair this with several different brands and it actually work! I took this to Banff for a week of camping/hiking in September, I still bring my tent just in case but never have to use it becaise whole hammock set up are actually quite comfortable and warm! Thanks! 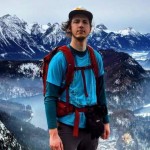 Comfy and efficient. Keeps you warm on cold fall days!

"I want to backpack with a hammock" Step 1: Buy a hammock (and straps) Step 2: Buy an under-quilt. You think you'll be warm enough without, especially with that big sleeping bag wadded into the hammock with you. (insert Dwight Schrute voice) False. When the insulation gets compressed against your hammock you lose the insulating properties. That's where an under-quilt comes in. Hanging around the outside it effectively traps your heat (through the thin nylon) and keeps you toasty warm. After 10+ nights with the Ember 2 in temps ranging from 40F to 60F, I am very pleased with it. I'm a cold sleeper and the temp rating at 50F is accurate. Below that it works but I make sure I'm layered up when it drops into the 40's. I enjoy the full-length cut of this as well from each end of the hammock, I feel it keeps a little more heat in than if it were cut shorter to save weight. It isn't the lightest option, but for the price it can't be beat and compresses well enough for backpacking. I've used it with a single and a double, the double makes the Ember 2 a little tighter which might compress some insulation. Overall I'm still lighter than I would be with a tent and I sleep 10x better than on a sleeping pad in my tent! The Ember 2 is overall a quality under-quilt at a decent price point. I always look forward to using it for overnights in the hammock!

This is so nice to have when you go camping it's light weight and it keeps your back warm when your sleeping in your hammock it's so much nicer then putting a pad under you. This thing makes everyone jealous when I put it on my hammock.

I'm very happy to have this

I've used this on several camping trips and have loved how toasty I get. I used it in the winter and when paired with a sleeping pad, a sleeping bag, liner, and overquilt I would actually sweat. Once it got warmer I could shed the liner and quilt and use a lighter bag with the underquilt. The underquilt makes for a cozy cocoon. It fits well with my ENO double nest and I even tested it with 2 people (not sleeping, just lounging) to see if it was loose enough and it fit great! I would not say that this quilt is meant to be used on it's own in the colder months but it's great for warmer nights used alone. It was a bit bulkier than I was expecting but I would say that it's worth it. It's easy to set up and the added comfort is well worth it. I prefer the hammock to a tent personally :) It also fits inside the ENO Guardian SL bug net great! Goat sticker is for scale so you can see the packed size. It stuffs really well without needing to fold it. 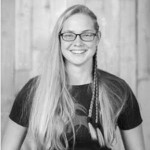 I have not been able to take a hammock backpacking trip yet since ordering this. I ordered the whole kit: Eno double nest, Eno bug net, Eno tent, Eno underquilt, and atlas straps. The gear is what I expected and sets up nicely. All the gear has a similar weight to my Big Agnes seedhouse 2. However, since there are no poles the gear can be moved around more in a backpack than a tent. 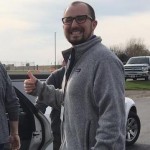 Much Warmer than Expected

This under Quilt is surprisingly warm. I was worried since the temp rating said 50 degree temp rating, but winter camping. Went ahead and bought this thing, and so happy I did. I took it up into the Uinta’s backpacking. It got down to freezing, and this thing was PLEANTY warm. We used our 0 degree down bags like a blanket on top of us and it worked great. Cons • Make it just a little bit bigger to fit fully up the sides of the hammock – Though I know the point of an under quilt is just to cover the bottom, it would be nice to feel more secure if it was a little bigger – Our hammock was a two person hammock and we both sleep in it at the same time, so if you are a single lady (or man) this might not be an issue • It’s a tad bulky, but taking this saves on space in other areas so well worth it – about the same size as a sleeping bag to pack • Haven’t used this solo yet, so the extra warmth could be from the additional body in the hammock. But even so our bums did not freeze all night as they have in the past. Pros • Its synthetic which keeps away any undue moisture when packing it back into the stuff sack • VERY easy to put up and down. Just clip it to your hammock clip • It’s great to save on space by not having to take a tent and sleeping pads. – I think one sleeping bag over top of us would have sufficed; the two down bags zipped together was almost too much. 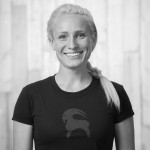