A small pulley in the basket end the DMM Revolver Carabiner reduces friction as your rope runs through it. This means that you won't feel like you're dragging a tug boat line as you're making the last few moves on your rope-stretching project. The Revolver Carabiner can also be used for light hauling and rescues, making it a versatile addition to any climber's rack.
Learn more

Gem of a piece and worth its weight

The main uses i have for this piece are the following 1. Removing drag from winding pitches - does this excellent and has removed the towing a boat feeling on some wandering moderates 2. Placing this on a non extended slling to shorten fall distance - it will feel like it is extended 3. 3:1 & 2:1 Candian drop -works excellent for reducing drag * increasing efficiency in rescue situations only con is it is heavier than a regular caribiner..lighter than a carb + pulley though!

I have purchased from this company before. Love the DMM quick revolver. Great product, great turn around time. Only disappointed that the 5 quick links I ordered were all thrown in a big box without paper stuffing to keep them from banging around on one another during shipping. I don't let my hardware get banged around. Somebody got lazy on the shipping end. Otherwise great experience.

Works very well in a crevasse resque system, at almost no weight penalty. I much prefer to use the non locking version as the gate on the locker is quite small. I use a Minitraction on a master locking carabiner as first pulley, and as many Revolvers as I need to get a mechanical advantage. If the non lockers fail, it will only slip for the lenght of the pulley system or the Mini will catch it before that even. The revolver works better than a Petzl Ultraleggera because the rope can't miss the pulley, it's lighter than a Grivel Roller and much easier to rig than a separate pulley. They are pretty strong, and work ok as a normal carabiner. Only dislikes,: it doesn't fit a Ropeman or Tiblock very well so I need to carry an extra carabiner for that or use a prussik instead. Also, two Revolvers on a single point don't really work well, so you have to extend one or the ropes will drag. For these reasons I've stopped using Ropemans as it's easier and lighter to do this on a prussik

Great piece to have in your crevasse rescue setup. Pair this with a self cleaning pulley and you will have your partner/gear hauled in no time.

As a High-rise window washer i use the "DMM" for pulling myself under over-hangs of building, 6',8', 12' over-hangs it doesn't matter it makes it alot easier when i'm redirecting my self under these conditions. I'm buying 6 more.

This biner really does reduce friction on wandering pitches and I've used it far more than I ever expected to. Now that it's available in a locker, it's also a nice addition to a glacier kit as an emergency pulley. That being said, if you're really planning to use a pulley, you'd best stick with a dedicated device. 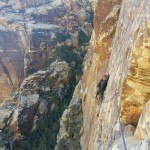 Yup, these work wonders to reduce rope drag. I always carry at least one of them on a quick draw or alpine runner. Always used just before a traverse.

I have used these for crevasse rescue and they lower the resistance quite a bit when pulling using the Z / C systems. I think I read where they can reduce resistance 25-40 % vs. standard carabiners in that capacity. 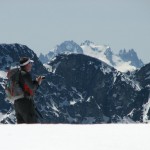 how well will this hold up to water over...

how well will this hold up to water over time? i'm thinking of using it for river rescue (z-drag) and keeping it in my pfd where it would get wet all the time

I think it will hold up well, as long as you are in fresh water. Also, check it regularly and if needed, throw some bike chain lube on it to keep it rolling smoothly.