I would suggest getting a size higher. Also, the goggle squeegee hardly works. However, for the 20 dollar price tag, you can't beat them. 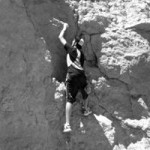 These are perfectly warm and come with a nifty little liner for those extra-cold days. The only time my hands got wet was when I fell in a pond.

I am extremely happy with my purchase of these gloves! I am a ski instructor and my hands have been kept warm in zero degree temperatures for hours on the slopes. I have also worn them while it was raining and they outperformed my north face ski jacket by far. After a couple hours on the slopes the water started to soak thru my jacket but the gloves never got wet inside. So far they have been extremely durable as well. They still look brand new and i am out wearing them 4 times a week putting them to work all day. I would highly recommend these gloves and for the price you cannot beat them. They perform just as good as if not better than more expensive glove brands i have used in the past and look better.

very warm gloves but be careful of the size. My son is 13 and based on his size (slim, average height) it was recommended to buy him a small. The fingers are plenty long, almost too long, but he has a hard time getting them on over the rest of his hand. Pretty much impossible to get on when he is also wearing the liners but thankfully these gloves are plenty warm without the liners but he still needs to tug them really hard to get on. I would have exchanged them for the mediums but he of course HAD to get to the slopes that day so they have already been worn plus we thought the fingers would have been way too long. Would have given 5 stars if not for the slim, tight fit. If you have long fingers these are great! The ordering by phone service was great!

These are the most solid performance gloves I've ever had, goggle wipe and all. Warm enough for mid winter in the rocky mountain backcountry. Short cuff is the way to be, and keep it under $50: win, win, win

Got these in the mail a few days ago. They have a good feel to them with the rubbery palms. Carefull what size you get im about 5'7" 170 lbs and got a medium but could def move up to a large and have more room to fit the liners. We will see how they last this season and ill report back after a few runs. But so far they seem well made for less that 50 bones.

Did your gloves "break in" and feel more comfortable after a while? I just ordered some mediums and I'm trying to decide if I should return them for L's or not.

Get FREE $20 Coupon! DOGFUNK $20 Free Get! GET On This Website: www.towercds.com

Can't say anything bad about the glove other than it lacks a powder block, but I knew that buying them. Even without the powder guard I only got snow inside when I hit the ground and that is to be expected. Would definitely buy another pair if I tear these or something.

The perfect glove...cheap and cheerful price, great design for easy on and off, quality materials to ensure you stay warm and dry, light weight and not bulky like other gloves...one happy camper.

where is the removable liner?

These gloves are great and very warm...but the fleece on the inside is not removable, either that or I didn't receive my liners. Where is the removable liner?

great gloves, durable and half a lot of good features. I was in less then 20 degree weather and didnt need to use the liners. Plus the rasta is sick.

a good glove should have goggle squeegee, bomber palms, waterproofing/breathability, no ridiculous cuff, decent insulation, and be less than $50... these fit the bill and then some. I love the rubber palms and the liners are a great bonus, and I don't even use them together (just for driving and skinning). If it's going to be super cold, use mittens; super warm, use pipe gloves (or just liners). For normal conditions, THESE ROCK!!!

The large I bought was way small...I have an average size hand- large...but size up if you want some room...go from large to x-l

Very solid all around gloves and I would buy these again in a heartbeat. For the price I paid on sale here, I practically could buy two for the same price as other similar gloves.These are my third pair of Dakine gloves I've ever owned and they always last me at least two seasons. In fact the Dakine pipe gloves ('07 Viper) I'm still using are on their third season and still going strong. I always wear L in gloves (Dakine or Burton) but in these I had to get XL. For some reason my usual size fit me snugly, even a bit too snugly, and this was even before I'd ever tried the supplied fleece liners.Exchanged them for an XL and they fit just a tiny bit loose, but this was enough for my fingers to articulate and move around comfortably. That allows me to wear the liners on extra-cold days with no problem. But they're usually warm enough without, so I rarely need it, just an extra bonus. These gloves are extremely dry in addition to being warm enough. I have not tested them in the wettest or harshest of conditions but have worn them twice in a couple of different types of days we had and they worked great in both. The thing which is a concern for these gloves is the cuffs are a little bit unusual. They are not quite designed as a true "under" glove which fits snugly around your wrist with no gaps, underneath your jacket (highly preferred for me). It seems to me by studying the issue, they probably changed the design since the previous model, which makes the cuff slightly looser, but is not really an improvement. For this reason I tend to fasten the velcro as tight as it will go around my wrist (not very), and then pull my jacket sleeve down over it, but it inevitably pops out at least part way while I'm strapping into my bindings after getting off the lift. A bit of annoyance, but something I've learned to deal with. I also think a slightly looser cuff would let some of the heat out of your gloves though on very cold days. However, if you wear wristguards or a watch these will definitely fit over them. So I think that was part of the reason they're designed like this. The liners supplied with these are a hair loose but still work, though they should fit just a bit more snug, not have the same internal size as the outer glove. Doesn't make sense.FYI, as I write this the style of some of the colors pictured are actually the 2009 (last year's) model. The actual ones I received were different and indeed this year's model. You can tell the difference because the latest version have a nylon section sewn directly over the knuckles in black which resembles a "W" (like the logo for Wu-tang), whereas the older versions have what sort of resembles the letter "U" right below the knuckles on the back of the palm.

TOP NOTCH, ALL AROUND

I had a pair of DAKINE gloves a few years ago, and they did more than expected. These new Scout Gloves met my already high expectations. They are not only waterproof, but also warm but not bulky. They come with removable liners that second as bike or spring gloves. The Scout gloves dry quickly, and keep my hands warm EVERY day. It was -10 degrees F last week, and I didn't even use the extra liners. BUY THESE GLOVES!

Got these on sale here for $35 so can't complain too much. Really dug the colors for me (black and green), the liners are cool as well - goggle wipe is handy - and dexterity is fine. Not the warmest gloves I have ever used but $35 bucks they do just fine.

I got these gloves last year and am very pleased with them. Past gloves I've had have gotten ripped very quickly but these held up marvelously. The liners are nice as you can wear different combination's to match the temperature. The goggle wipe is also a good feature. They stayed waterproof and my hands never got wet, excellent purchase.

Very warm and super comfy. The liners are awesome, and nose wipe and snow scraper features work damn good. WIthout the liners on they make great warm weather gloves. Kinda wish I bought a pair with actual gauntlets but I'm still very satisfied!

will the gloves be too warm for summer/spring...

will the gloves be too warm for summer/spring riding?

Hey Thomas, Yes, definitely too warm for that. Get something non insulated.

will the gloves be too warm for summer/spring...

will the gloves be too warm for summer/spring riding?

Hey Thomas, Yes, definitely too warm for that. Get something non insulated.

Anyone know the accuracy of the sizing... 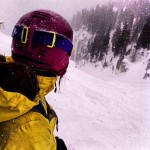 dakine has always been right on for size with me. their fit is pretty universal, so if you are a large in most other gloves, you will be a large with dakine as well!

ohhhh not so sure there hombre i got larges but the webed area of all my fingers and thumb was tight my middle finger is 3 and 3/4 inches long so im sellin the larges to my short freind and i ordered xl. lost these gloves last season i was really bummed cuase they are awesome my hands never got cold or wet and the liners are nice too with a gummy grip all of your paw for fumbling goodies on the lift. I still say go xl im only 5 ft 9.cant go wrong for 20 bucks i paid 50 last year...ouch. im keepin these dawgs in my sight, aight

Whats the max temperature it will protect...

Whats the max temperature it will protect me against ?

They're a warm glove and the liner just adds to it. You could switch out the included liners for warmer/better ones if you're going to be out in really cold temps. Zero should be no problem.

I would say without the liners you should be good to at least 15F. With the included liners, you could probably play in 0-10F no problem.

Is this an under glove?

Is this an under glove?