Can't wait? Consider one of the other Gravel & Cyclocross Bottom Brackets we have in stock.

The Chris King PressFit 30mm Ceramic bottom bracket brings smoothness, reliability, and quality to PF30-equipped frames. Both cups house 24 ceramic balls in each cartridge—providing a measurable reduction in friction and weight when compared to steel. That means you’ll be riding faster. Bearings are user-serviceable with King's Grease Injection Tool (available separately). Just add fresh grease to purge the gunky, used grease and keep spinning. Racers can run thin grease or even oil on race day to minimize bearing drag and switch back to thicker grease for training to maximize the lifetime of your bearings.

Not quite as pictured

The center sleeve and spindle sleeves are white and not black as pictured at least with the black ceramic PF30. I get it that it's probably still the same great internal awesomeness but for $265 it needs to be EXACTLY identical to what the photo shows or what the Chris King website shows. Why? Knockoffs. At least in my experience, there's always something just a tiny bit off on a knockoff. Fit, finish color, labels - something. It makes you wonder. I don't like to wonder. Just my 2 cents.

All my bike noises gone

I replaced my 1-year old standard-fare plastic BB30 bottom bracket with this. Instantly, all my bike noises were gone. Including occasional pops and snaps I *thought* had been coming from the seat post. Of course, it's still brand new and so to be fair I will update this review later to confirm whether it stayed noise-free and hassle free over time. The aluminum bearing cups are said to avoid noises associated with conventional plastic PF30 bottom bracket platforms. I found the cranks to spin smoothly (as would be expected), but with slightly more resistance than the Kogel I just installed on my other bike. That difference in resistance is probably not significant in terms of watts, and the CK angular bearings are said to be more resistant to lateral loads than Kogel and other brands that have pure radial bearing designs, hence why I *expect* this to outlast the Kogel if I maintain them both properly. I have not tried the CK grease injector tool yet; I will purchase that later when it comes time to service these.

Few people will know your bike has one of these, but you'll know, and that's what really matters. Easy to instal and like all King products, it's a timeless part that does what it does and even when you fear the worst (from neglect, conditions, and/or time) you'll discover it feels just as smooth as the day you installed it. 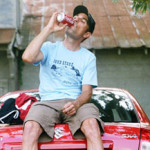 Hi, Will the Chris King PF30 work with Wilier's EVO 386 bottom bracket? I will use a Rotor 3D+ crank which has a 30mm spindle. Thanks, Frank