Catering to outdoor enthusiasts with its rugged durability and secure-fitting straps, the Chaco Women's Z/2 Classic Sandal is an outstanding choice for everyday adventures, rigorous hikes, and extended float trips. Its refreshingly simple design uses eight components for a timeless aesthetic and reliability in demanding terrain. Pull-through adjustable webbing straps provide a fine-tuned fit. The trusty ladder lock buckle keeps the straps from migrating or loosening up as you walk long distances.

Ready for river runs and trips to the beach, the Z/2's textured footbed prevents your foot from sliding around once it's wet. The antimicrobial treatment prevents the buildup of funky microbes for extra freshness. Plus, the LUVSEAT midsole cushions your every step with its ergonomic, women-specific design. And because it's suited for adventurous wear, the ChacoGrip rubber sole features 3mm lugs for aggressive traction across marine and terrestrial environments.

The perfect sandal for any outdoor occasion, weather permitting! I bought them over Christmas and wore even around Florida and had no blisters or foot aches after days of activity! My only problem is the strap doesnât tighten as securely as I would prefer, and it runs a little long so I am considering cutting it. Love the design and color though! And they feel great on. 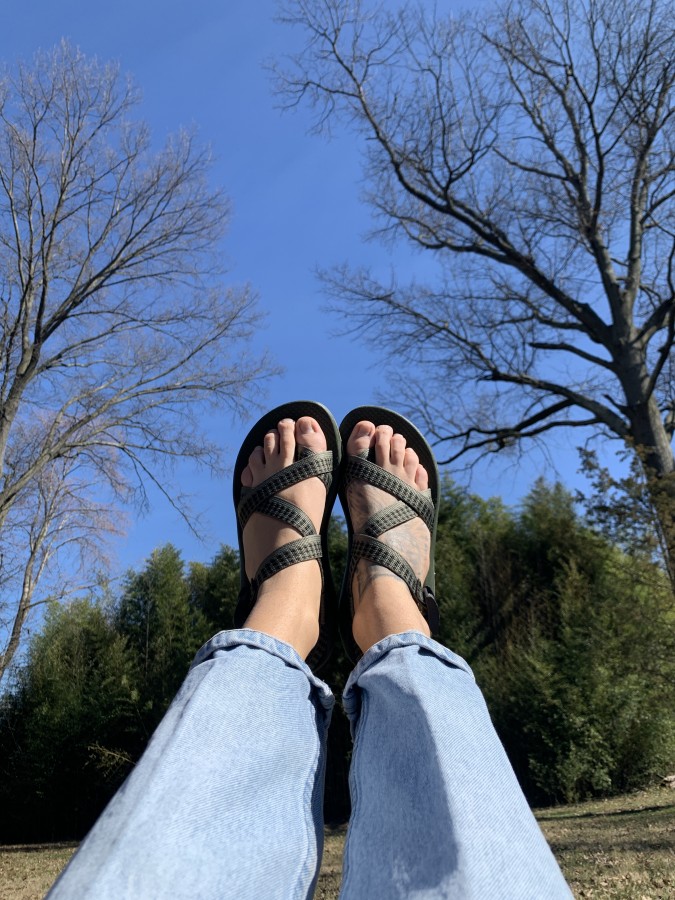 Awesome for travel or really anything

While living in Taiwan I wore these everywhere. I took them on a short 3-day trip to Vietnam, during which they held up perfectly after being put through the wringer. Between miles of city walking, wild motorbike rides, side of the road cow snoot booping, beach excursions, and romping around in the jungles, the Z/2 came in clutch. Upon boarding the plane back to Taiwan, much to my horror, I realized my precious Chacos were still in the hostel (this may have resulted in several tears). That being said, upon returning to the United States 4 moths later, I repurchased the same pair and we are very happy together. I would recommend these to anyone--especially if your feet blister easily from friction. I have an older pair of Chacos that I like, but the coarse straps make for blisters, especially after taking a dip in some water or an area with sand. The straps on the Z/2 are much softer and don't create as much harsh friction. 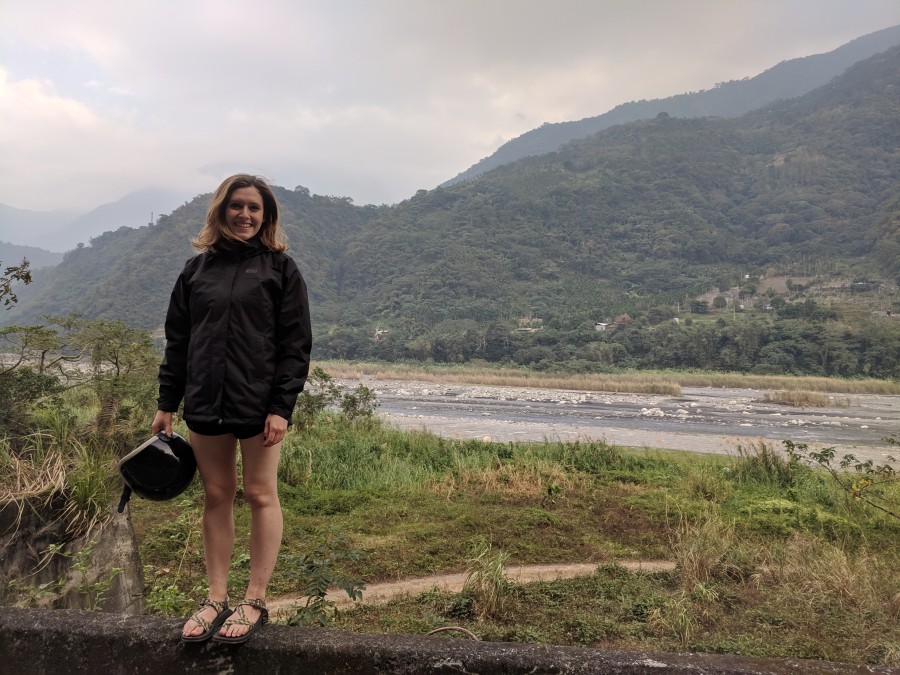 Love this pattern and color and itâs so comfy. Good for traveling but little heavy for backpacking. 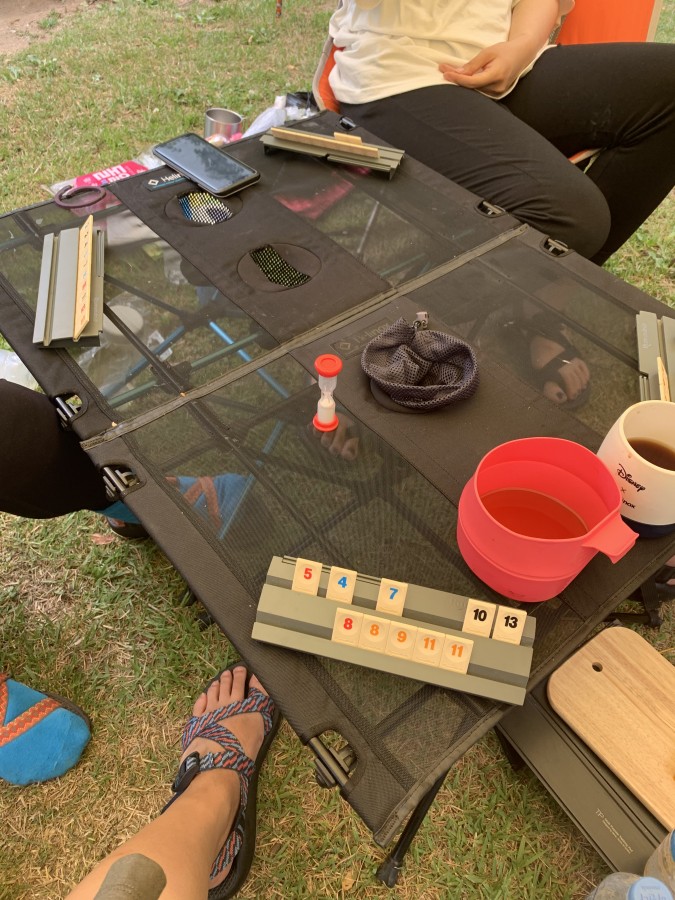 Love these for travel

Bought these for a trip to wear as a water/hike shoe. Super comfortable right out of the box. Love the style and pattern.

Bought these for my sister and she loves them! Says they are well built and the sole is very sturdy! Great Sandle!

I have multiple pairs of Chacos, and I absolutely love them. My mom has always wanted some, but her feet are bigger and don't fit comfortably in a lot of shoes. I got her these as a gift to try because with Chaco's strap system, it is a pulley system, you can truly dial in the most perfect fit for your exact feet. When she got these, she was so excited! The fit of them were perfect for her, and they actually fit her really comfortably! (I knew they would!) She is ready for summer to come, so she can wear them more as well. You can't go wrong with a pair of Chacos, for yourself or as a gift! I highly recommend them. 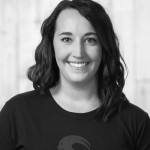 I bought these for my wife and at first she was skeptical. Now I catch her wearing them all the time. Whether it is wet wading through rivers fishing or running errands. Her only complaint was that they do take a while to break in.

Everything you're looking for

These Chacos are so cute, durable, stylish, comfortable, you name it! Once you break them in, they are fantastic. They are easy to adjust too! I wear them all the time: to school, walking my dogs, errands, short hikes, everywhere! They are perfect.

I love them so much! definitely have to break them in and my feet are very narrow so my straps are long and drag on the ground but they fit perfect I wear a size 7! true to size!

“They used to make them better”

TLDR: Despite some apparent changes to materials and construction quality over the past several years, these are still the best sandal out there for hiking, river activities, and generally looking stylish around town. I would have given my first pair of Chacos 11 stars if they’d let me. I had them for 7 years and they showed no sign of wearing out, and thanks to the ultra-adjustable straps they fit my narrow foot like a glove. The straps felt durable and the soles were solid. Fast forward to July, 2018 and I left my trusty kicks alone in the dirt and drove off, never to see them again. If you’re out there old friends, I miss you. I love you. I’m sorry. I ordered a new pair – my old “unaweeps” are now the “z/2 classics.” I love the pattern and the footbed generally feels like the cloud I’d gotten so used to walking upon, but something is just a little off from my first pair. The straps keep getting too loose, and when I tighten the ankle strap all the way down, there’s so much excess tail I end up walking on them. The ankle strap also managed to flip itself over in the buckle more than once, causing an annoying twist I couldn’t tighten over. All in all, they just feel a little bit less rugged.

These do not grip to wet rocks, wet ground/dirt, or wet sidewalks, whatsoever. Not sure what purpose they serve (especially for such a large amount of money) if they can only be worn on dry land. Only wore them once and ended up injured do to lack of grip. Furious and very disappointed. Wish I could get my money back.

A little stiff at first but break in really heavenly after a couple of wears. Love them!

I really love these! 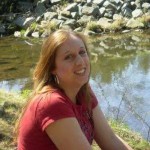 It took a bit of adjusting and resizing to get them situated but now they are a much better fit. I still have trouble from time to time when the straps slip but I’ll readjust and then go kick around some pebbles in the closest stream to lock them in place and ill be good until the next time I catch a strap on something and yank it loose! Overall, I like the simplicity, durability and functionality.

I am addicted to Chacos! These are my 6th pair- They last forever but I just can't get enough of them! They are comfortable, durable and just straight up THE BEST! I have terrible feet and ankles (I broke one a year ago) so I NEED supportive and stable shoes! These fit the bill to a T. I like the classic black but the designs are fun to accent outfits etc. If you have any questions- JUST GET THEM! You won't regret it. They fit great and have amazing arches. I wear them everywhere. A++++++++ 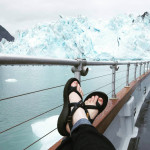 So Practical and So Stylin'!

I love my chacos I have them in wicker mandarin and they are so cute! They are so practical I wear them from spring to fall (sometimes even in winter with socks). THey are great for literally everything hiking, rafting, a day at the crag, casual wear. They are so comfy! The only thing that was a little confusing was the adjustment system, but now that it makes sense I'm such a fan! 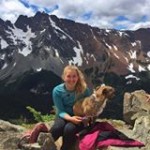 They're a lot to get used to

This is my first pair of Chacos and I wasn't sure what to expect. The color and design of the strap are so vibrant and versatile and the shoe sole is very comfortable. The strap has taken some time to get used to and I wasn't expecting it to be all one strap so you just to kind of work for it, which is fine but can be somewhat frustrating if you're in a rush. 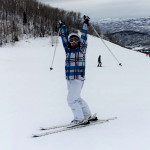 They Take Some Breaking in

These Chacos are great. I got them in a size 6, even though i'm a 6.5, I have a narrow foot and they fit me perfectly. The only issue is the back heel strap, which is loose, non-adjustable and doesn't touch my little baby heel. However, the toe strap balances the heel issue out, so I still have stability in the shoe. Mine still have some breaking in to do, Iv'e worn them a few times to the dog park, and made the mistake of wearing them hiking. The soles of my feet got thrashed, so I won't be doing that again until Iv'e worn them a bit more. Other than that, they are super cute! 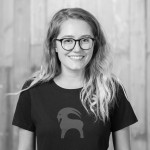 This is my second pair of Chaco sandals. After many years and miles, I completely wore out the old ones. I've only worn the new ones a handful of times so far, but the quality and fit are just like the old ones and I couldn't be happier. The broad straps are comfortable and provide the support I was looking for. Can't wait for warmer weather, so I can wear them every day! 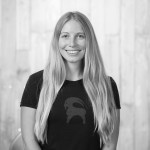 Thank you for the review! Glad you love them :)