Note: Castelli has a "Euro" slimmer fit. We suggest ordering at least one size larger than your normal US size.
How to Measure:
For best results, take measurements over your underwear.
Chest:
Measure under your arms, around the fullest part of your chest.
Natural Waist:
Measure around your natural waistline, keeping the tape a bit loose.
Hip:
Measure around the fullest part of your body at the top of your legs.
Inseam:
Using pants that fit well, measure the crotch seam to the bottom of the leg.

Castelli is celebrating the unrivalled success of the Gabba jersey by going back to the drawing board. We thought the Gabba was perfect, and we've said so whenever anyone would listening. It seems Castelli was listening, too, because it named the re-imagined long-sleeve version of the Gabba the Women's Perfetto Jersey. The long-sleeve Perfetto is, basically, a Gabba-plus. It begins with the same race-fit, weather-resistant features that made the Gabba such a celebrated jersey and pushes those properties to further extremes. It's still based on the platform of GORE's Windstopper X-Lite Plus material, and we'll cover that below, but any time something as iconic as the Gabba gets tweaked, those changes bear analyzing in detail.

The biggest change from Gabba to Perfetto is that Castelli claims to have improved the Windstopper X-Lite Plus fabric's water-repellent finish. We say "claim," because it's hard to believe that it gets better than the Gabba. But here we are. The change addresses a relatively minor complaint that many of us have with the Gabba—namely, it does tend to get a bit stifling during race efforts and interval sessions. That's not an issue that most other inclement weather gear needs to address, because most other inclement weather gear isn't cut for racing. Since the Gabba is, we were able to push it to its limits in the most demanding situations. The Perfetto effectively extends those limits; we look forward to testing them in the sodden races of early spring.

The Perfetto's improved water-resistance and breathability are only noticeable during hard efforts in questionable conditions, but Castelli also made a few readily apparent changes to how the jersey fits. First, the brand refined the fit, further eliminating unnecessary material at the usual flap-points for an even more streamlined ride. Castelli also revisited the extended rear storm flap, making it more of a flexible material (similar to Nano Flex) that lies flat rather than blousing out. The rear pockets were also tidied-up, with the drain mesh relocated to three laser cut holes instead of an accordion construction between the pockets and the jersey itself. This contributes to the lower profile storm flap's fit, which in turn improves the overall profile of the jersey.

With the exception of the stretchy Nano Flex inserts in the underarms, the Perfetto's body is made from Windstopper X-Lite Plus fabric. Windstopper X-Lite Plus has 1.4 billion impossibly small pores per square-inch that guard your microclimate jealously. They don't let wind in, but they do let moisture and water vapor out. This claim isn't just based on vague marketing copy, though—the science behind Windstopper X-Lite is measurable in a rating called CFM, which stands for cubic feet per minute, used to measure the volume of air that passes through a fabric in, you guessed it, one minute. In order to be considered truly "windproof," a fabric must register a CFM of equal to or less than 1.0. Windstopper X-Lite Plus actually beats this rating, so you're guaranteed a top that is literally classifiable as windproof.

While the Windstopper membrane is impressive, the Perfetto's key defining element is its race-minded fit. The sleeves are forward-oriented and the chest features an abbreviated fit compared to similar offerings from other manufacturers. The Perfetto feels a little tight across the chest while you're standing, but your body fills it out perfectly while stretched out on the bike. Compared to the Gabba, it sits even closer to your chest and stomach, cutting back on the shapeless tent look that so many of us despise in kit designed for cold or inclement weather.

The Nano Flex underarm inserts offer increased stretch and ventilation, which can be further supplemented with vertically oriented, zippered vents on either side of the front panel. Those vents seem inconsequential, but they're a surprisingly effective alternative to opening the front-zipper floodgates. The collar is articulated to eliminate looseness while you're in the saddle and the front zipper features an external flap. The Gabba's reflective stripes are replaced by Castelli branding on the storm flap, which is one of the few embellishments to an otherwise refreshingly minimalistic design.

Castelli recommends the Perfetto for use in the same temperature range as the Gabba: 43 to 59 degrees Fahrenheit. As with the Gabba, many of us find that the mid-50s are a bit warm for this jersey, especially when hammering through intervals or riding at racing effort levels. Its peloton-worthy cut, insulating characteristics, and low claimed weight do recommend it for racing, just in the low-50s and below. Recreational cyclists or riders building low-intensity base miles will find that the Perfetto works comfortably into the high-50s, depending on personal temperature preferences.

I am 5 foot 4, 120 lb and the medium fits well. I have worn this several times and am looking forward to wearing it more! Very comfortable in the 30's and 40's.

I have the Men's version and my wife has this. Each of us find this to be maybe the best bit of cycling clothing we own. Perfect for temps between the high 30s and mid 50s (depending on what you wear under).

If you’re reading this review, you’re thinking about buying the Castelli Perfetto Jersey. Why are you on the fence? Do you hate being warm? Do you hate looking good? Perhaps you don’t like being comfortable. I don’t get it. Stop thinking about it. Buy this jersey. It fits a bit small, just like all of Castelli’s stuff – because I guess the Italians are just the scrawniest people on earth. But get one size up, put it on, and bask in the glow of knowing you made the best decision you could have made. 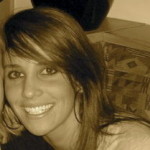 If you are looking at the pale turquoise, celeste? It's not turquoise, it is a soft powder blue.
Jacket quality is excellent. Windstopper is amazing stuff and have it in other jackets. Fit is true except in the forearms which are a little snug, biceps are fine, but should work nicely. Must wait for cooler weather to test.
My husband has the men's version and wears it all winter in temps as low as 27*F with only one other jersey underneath. Looks fabulous on.