Castelli knows that not every ride or rider calls for bibs which is why it offers the Free Aero Race 4 Short. Just like the bibs though, it's built with extensive feedback from the professionals on Team Sky. So if you don't want to fiddle with straps or prefer the coolness afforded by forgoing a bib upper but still want a premium short, these fit the bill nicely.

Castelli uses a new Giro4 elastic leg gripper that still features a lie-flat, raw-cut edge but now has vertical silicone stripes to hold it comfortably in place without restricting stretch. It allows for better grip and distributes it over a larger area for less constriction. Also new is the fabric allowing for better print quality and Castelli updated the seams to improve the fit and looks. Lastly, the short receives the updated Progetto X2 Air seamless seat insert featuring one of the softest surfaces we've ever felt in a chamois.

Developed a tear after 10 days of use

I am a big Castelli fan but the pricey Castelli Free Aero Race 4 Short part touching the seat developed a tear after about ten days of use. This was not because of any misuse. The material used on the bottom is extremely thin which frankly does not make sense. I am told there is a one year warranty, am about to give it a try. 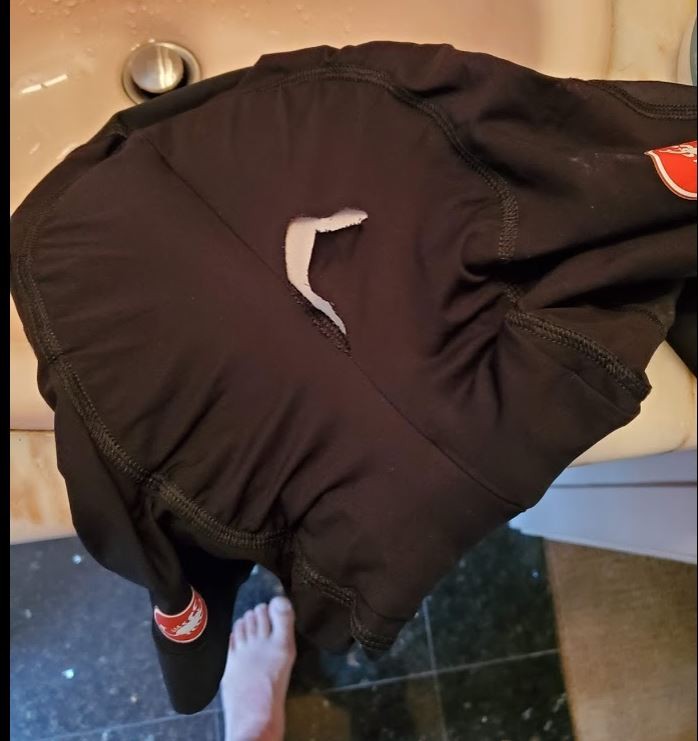 best short ever but they're NOT durable

Familiarity:
I've put it through the wringer
Fit:
Runs small

these are insanely comfortable better than a tri chamois! I forget they're on. However they fall apart after 4-6 weeks in the crotch. they run small like all roso corsa does order 1 size up. I do use these every day and ride 30-50 miles on em. i rotate multiple pairs. I hope castelli fixes these stiching issues FAST because they are so comfortable!

Padding Not The Best

I had to update my review of these shorts because I was going to return them but decided to keep them. Now that I've worn them I can give a fuller review. They are extremely comfortable. I wear a size medium in other shorts but this being Castelli I bought the large. And I'm a small guy: 145, 5'9. But this is Castelli. Anyway, the shorts feel really good on but its the padding that's not as great as the much less expensive Giordana shorts I purchased a few weeks before. And this in not the first time it has happened with Castelli where the padding in my less expensive shorts are better. You think I would've learned. I was out for a little over an hour but my crotch felt like I'd been riding for 6 hours. For the money, not what I expected.