Despite living in the shadow of their legendary Record and Super Record counterparts, the Campagnolo Chorus 11 Ergopower Shifters have developed their own devoted following. This may be because they incorporate the same shifting mechanism without the more exotic materials. It may be because a pro of 'cross-champion Compton's caliber actually chose to use Chorus shifters on the way to four national titles and while dominating in Europe because her component choices weren't limited by sponsorship. Whatever the reason, Chorus brings all that Campagnolo has to offer into a slightly heavier, more affordable range.

For 2015, the Chorus Shifters enjoy the same redesigned cable pull ratio as Super Record and Record. It's been updated for faster, more precise shifting, which means the 2015 Chorus Shifters are incompatible with groups from 2014 and earlier. You can still effect a shift of up to three cogs on the downshift and five cogs on the upshift with one lever throw, though, a feature that remains a Campy exclusive.

The big winner with the new shifting ratio comes up front. Each throw of the front shifter has three clicks. Shifting to the large ring requires all three clicks (via one swipe); shifting to the small ring requires two clicks with a third reserved for trim adjustment to avoid cross gearing. The 11-speed Chorus levers don't let you run through the entire cassette with a single lever throw like the old 10-speed Record levers do, but the ability to trim the front derailleur means a well-tuned drivetrain does allow all 22 gear combinations with minimal chain rubbing.

The new Vari-Cushion silicone rubber hoods incorporate varying densities of hypoallergenic silicone and are textured with a waffle pattern on the inside for additional cushion. The external pattern is a return to the pebbly texture of Campy's old ten-speed models, but with a more structured, modern design than the old faux-leather, organic look. The tiny bumps provide traction while their surrounding grooves channel away water for an easy grip. The levers also contribute to a confident ride courtesy of their overall shape, which feels as though it was molded inside a pair of hands.

Unlike the pricier Super Record Shifters, Chorus uses steel internals instead of lightweight titanium. Steel is heavier, but it's also more durable in the long run, so for the self-sponsored cyclist, these levers present pro-quality function with additional durability at a price that makes up for the heavier internals by leaving your wallet heavier.

The Chorus model features the same carbon-wrapped alloy brake lever blades with the improved pivot point and double curve as Record and Super Record, so you have equal braking power on the hoods and in the drops. We love this, because it means you can descend comfortably on your hoods — no need to get into the drops if you're just taking it easy.

The Campagnolo Chorus 11 Ergopower Shifters include a full complement of Campagnolo cables, a shim to increase the hoods' bulk as desired, and a derailleur cable adjuster barrel for quick dialing of your shifting.

These are the best hoods I've ever laid hands on, both in terms of aesthetics and tactile functionality. It took me some time to convert from the older style, lower hoods, but the increased height makes for a much more confident hold—especially when the hoods are wet and you're on lumpy surfaces. The shifting is typical Campy: the levers provide very positive feedback and require more force to shift than Shimano's featherlight touch. I value that positive feedback; a lot of other cyclists don't. The ability to trim front and rear is valuable considering you can run through half the cassette in a single lever throw. One issue I've noticed is that the right thumb lever occasionally jams. I read that it may happen when both the up- and down-shift levers are pressed together, but throwing the other lever frees the thumb lever, and it only happens once/month or so, and that's a small sacrifice I'm willing to make to ride Campy.

I've been a Campy guy for 25 years; oh, sure, I've dabbled with the alternative lifestyles that are Shimano and SRAM, but my heart will always be in Italy. Just made the upgrade from 10-speed to 11-speed on my Richard Sachs, and decided to go with the workhorse Chorus group, instead of the spendier Record or Super Record groups. So far, I'm impressed. Even though the new levers are shaped differently than the old 10-speed Record stuff, they are still super comfortable, still shift just as well (if not better), and are still as sexy to look at as Campy has always been. Really looking forward to more saddle time outside as we pass out of sprinter and into summer. 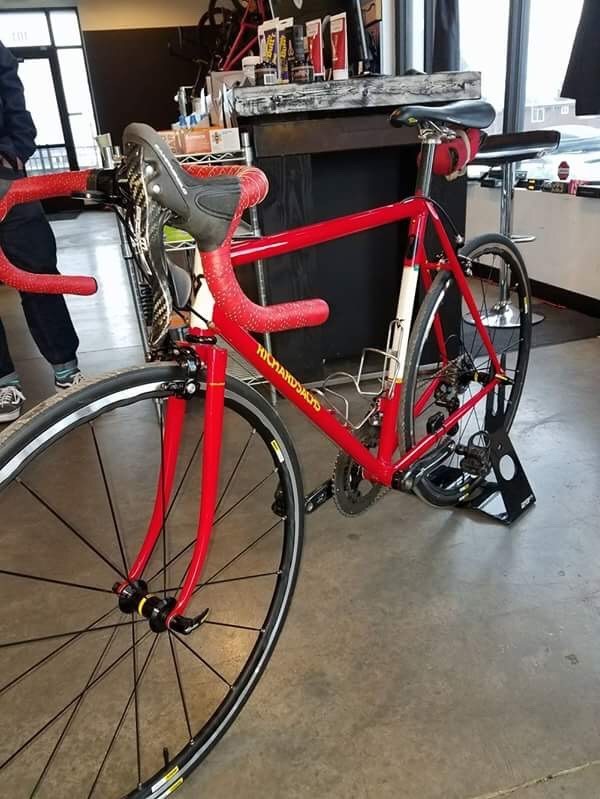 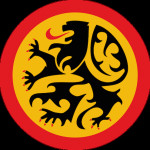