Tired of frigid feet that go numb after an hour of mid-winter riding? Alleviate your frozen feet with the Burton Men's Toaster Snowboard Boot Liner. This heated liner features battery-powered warmth, with low, medium, and high settings for optimum comfort on the coldest shred days of the season. As if the built-in heating unit isn't enough, the liner sports DryRide Heat Cycle fibers for prolonged heat retention.

The built-in battery lasts up to five hours, so you can ride without succumbing to winter's icy grip. It's rechargeable via micro USB for quickly boosting power levels at home or en route to the mountain. There's a Level 2 Molded EVA footbed for optimum support and shock absorption. For maximum convenience, it's compatible with any Burton Men's Boot.

Too Big and Puffy.

I have an older Burton SLX boot that came with liners that have built-in heaters. Unfortunately the connectors were made from the cheapest plastic and wiring on the planet, they subsequently cracked and broke off. I had hoped that the Toaster liners would have been a replacement, but they are too big and too puffy even though the footprint is the same as the old liners. It was a struggle to get the liner into the SLX shell and when I put my foot into the boot, it was too tight because of the Toaster liner material is too thick. It was also a struggle to get the Toaster liner out of the SLX shell afterwards. The Toaster liner with the Li battery is a great idea, but I think it has to be designed as part of a boot rather than an add-on or replacement.

This is Burton's way of cutting corners and making you spend more money than you really should for boots or any other product. This is their way of dipping into your pockets more than their $600 boards and keeping you from traveling to new and exciting places. Great concept, Lackluster potential as expected from Burton. 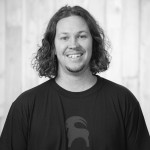