Designed for mountain bikers who want more than just a fun ride, the Bryton Rider 450E GPS gives you the capability to track your stats as you train and helps you find your way. With the Full Global Navigation Satelite System, you'll enjoy precis positioning and a fast GPS fix at the beginning of your ride. On top of all the Rider 419 features, the 450 comes preloaded with OpenStreetMap which provides real-time location information as you find your way to or through the trail. ESS support lets you glance at your Rider instead of your cassette to see information like  gear ratio and combination for electronic shifting systems as well as important planning info like battery life.

The Rider is compatible with ANT+ and BLE heart rate monitors, speed and cadence sensors, and power meters, so you can customize your system however you like. This computer supports up to 78 functions, and displays 8 windows of data per page so you can quickly check your progress while you pedal. It syncs without a wired connection, so you can use the data on Strava, TrainingPeaks and Selfloops, and your phone can even forward text, call, and email notifications to the Rider so you stay up to date in the saddle.

This is a fantastic computer. For what you pay for the item, you’re getting a ton of functionality. The computer is a little smaller than the ELEMNT, but not quite as small as the ELEMNT Bolt. It is about the same size as a Garmin Edge 530. Although it doesn’t have all the bells and whistles of a Garmin or a Wahoo, this computer will allow the vast majority of riders to get exactly the data you need. The screens are completely customizable which allows you to choose the data you see on different pages. The data is accurate for the rides. What I really liked about the 450E was that it took me all of 2 minutes to put it on my bike, connect it to my sensors and start my ride. The platform isn’t too hard to figure out, but does require a small learning curve to figure out what buttons do what (I had already gone through that with some of Bryton’s other computers). Setup: Setup on this computer is relatively simple. All you have to do is download the app and connect it to your phone. It's easy to customize the app to your needs with a handful of screens and data points. The mount on this is fairly simple, just a quarter turn mount that you install with a couple of strong rubber bands that are included in the box. That being said, it’s a very stable mount that will allow you to take on some bumpy terrain if mountain or cyclocross riding. Aesthetic: The 450 computer isn’t the flashiest computer. It has a simple screen and simple aesthetic, which I personally like. It doesn’t have a touch screen, which again I like as I’ve head problems sweating on touch screen computers and having them not work because of that. The way that this computer mounts on the handlebars makes it so that you can change screens on it without really having to lift your hands up too much or completely take them off the bars which is nice as well. Anyone that is considering buying a new computer should definitely put this one in the running. It is almost as nice as its companion Bryton computers at a really good pricepoint. Although there aren’t a lot of options for mounts, as Bryton grows as a brand I expect to see many more options for them. There’s no question about it on this one though, you’ll definitely get your money’s worth on this computer and it will work for a long time for you on both the mountain and the road.

Most the features for half the price.

I have been running the Bryton Rider 450 for most the summer, and i'm pretty impressed. Before picking this up I always used a Suunto 9 Baro watch to track my rides. I've found the 450's GPS and Altitude to be equally as accurate as the Suunto despite being almost 1/4 the price and lacking barometric data. It easily links to Strava so I can effortlessly share my rides. It will let you know if you start moving and forget to start your ride, and will even display your texts and call notifications on screen so you can stay connected. The ride display layout could use some work, but at this price I have no complaints. 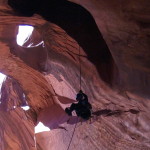