After all, climbing is about the challenge.

If you're looking for one rope to suit your all-around vertical needs, reach for the Blue Water Accelerator 10.5mm Standard Rope. Built with longevity and durability in mind, this cord boasts a tightly braided double-pick sheath construction that's ready to withstand the abuse of your adventures. Thanks to an impact rating of 8kN, you're subjected to minimal stress when that sport lead project proves more difficult than anticipated. Since the Accelerator has a UIAA falls-held rating of 11, you don't have to worry about early retirement if that project does just so happen to spit you off .... more than a few times.
Learn more

Great deal for a gym rope, handles well with nice rope feel. This thing is a work-horse. 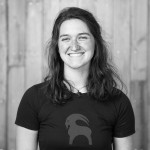 All you could ever ask

Granted, this rope is thick, and kinda heavy. But I'd rather have that then worrying about it running over an edge. It handles very well, and even after 3 years of abuse it's still good. Still catches falls softly. Only concerns I have is that when you first get it is seams to wear fast, don't worry that's just the outer fuzz appearing. After that nothing really fazes it. Also after 3 years of use, mine has grown quite large (thick), and though it still squishes itself into a grigri it doesn't feed as nicely as one might like.

Bad to the Bone

This is one beast of a rope. It's about as big and heavy as they come, while still being practical. The weight isn't ideal for long, multi-pitch climbs or mountaineering, but the security is just about unbeatable. Great for leads and top-roping. Works with all standard belay devices. If you take good care of it, it will last years and years. 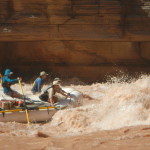 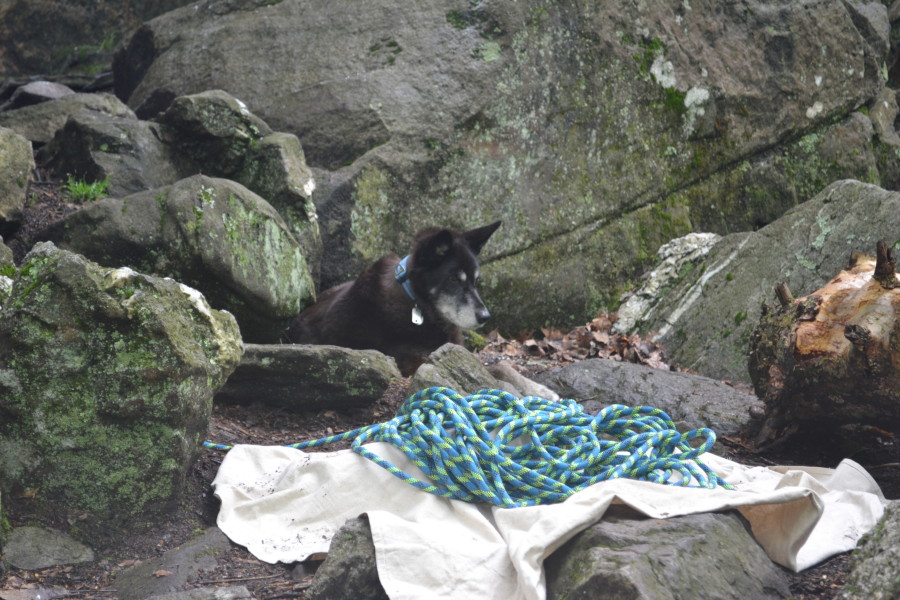 dude your dog looks like the CAMP USA husky! truly a good companion

I love bluewater ropes!!! This rope is great for all around climbing, does great with sport or trad (might be a little heavy for multi pitch or long approaches). I have had it for about 3 years and it shows very little signs of wear.

New to climbing rope. Just received this in Sprout color from another site (sorry... didn't know you had it). Seems on the stiff side, I can tell some knots will be difficult. I've heard a stiff rope will always be stiff. Is this how all climbing rope is? How does this compare to others in it's class, and how does it compare to static rope as far as resistance to knots? 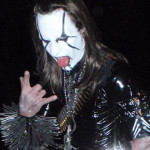 Firstly, please don't climb on a static rope or you will not be a climber for very long. That rope is going to feel a little stiffer because it is a thick diameter at 10.5. However, ropes will break in a bit with use. Not all climbing ropes are stiff it depends on the rope and the brand. For example, in my experience Sterling ropes are generally less stiff.

besides the 2 g/m, whats the big difference...

besides the 2 g/m, whats the big difference between this and the mammut apex standard 10.5? why the $40 difference? btw use bluewater at my work, not a fan on the "double-pick" sheath construction. makes the rope slick. 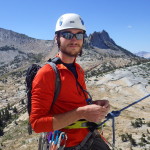 DGraham
Have an Answer?
Best Answer 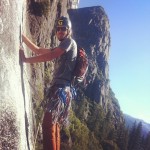 technically speaking they are pretty similar ropes. why the price difference? I don't know. I have used the APEX when I guide for climbing and canyoneering and it is a super durable rope. I am kinda bias towards Mammut. I think they make the best ropes on the market hands down. but if you know already that you aren't a fan of the bluewater sheath then I would say give the Mammut a try

NickM
Have an Answer?

It does come in "Dry" but currently, the only version in stock is the "STD", which is not dry treated.