The Blackburn Local Deluxe Assembled Rack combines the versatility of the non-assembled version with the convenience of shipping, well, assembled. The only thing you need to add is your bike. It's a no-questions-asked solution to the cyclist who isn't into fiddling with disparate bits and spending 20 minutes combing the rug for that one integral nut that's guaranteed to roll off of the table and disappear irretrievably into the carpeted void. Instead, all you have to do is attach the rack to your frame using the included mounting hardware and then get to toting supplies on your two-wheeled cargo ship.

The rack's user friendliness extends well beyond its pre-assembled status. Before it's on your bike, it adjusts to fit various wheel size standards and accommodates disc and rim brake calipers. It also mounts to the front or rear, depending on where your cargo-hauling needs are the greatest, and it holds up to 45lb.

This rack is nice in that there are many options on how to attach this device to your bike. however, I would recommend using a youtube video or google for installation. Unless your a bike guru, the paper instructions are good for fire starting. it is very adjustable to fit many different kinds of bikes. helps keep the weight off my back so I dig it. peace out homeyslices. 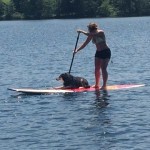 I had to reuse the bolts that came in my eyelets, as the ones included with the rack were too long. This resulted in stripping, an allen head, without much torque due to how terrible the original bolts on the bike were. This isn't Blackburn's fault, but I do wish they had more bolt options in the kit they give you. Overall, solid rack and not too hard to attach. They even have a great Youtube video that is easier to follow than the directions on the box (not that they're really needed).

If you are looking for a rack to just throw Panniers on. Then this is the one. It is very light weight and it looks quite durable. I have it on my commuter and it is still going stong 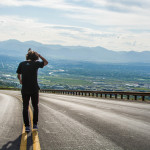 Fits my Novara commuting bike without any special modifications. I can't wait to take all that weigh off my back and onto my bike.