Whether you're setting up camp in the driving rain or sorting gear at a windy outpost, you need a reliable light source that will see you through thick and thin. The Black Diamond Storm 375 Headlamp is back for the job, as burly as ever but now featuring a more compact design and updated user interface. In addition to a main control for dimming your light, a secondary PowerTap control on the housing lets you switch quickly between bright and low light, and additional settings include strobe, red, green, and blue night-vision. Brightness Memory guarantees that when you switch your headlamp back on it returns to the setting you had previously chosen. And as always, if you find yourself in stormy conditions, the sealed housing fends off rain and dust without leaving you in the dark.

After owning this headlamp for a little over 6 months, it began to malfunction, going into low light mode regardless of setting or battery level. This is apparently an issue with a lot of these particular models. Luckily Black Diamond's customer support was flawless and sent me out the door with a new headlamp in just a few minutes. I opted for the storm 325 as it is lighter and doesn't run the risk of failing like this model. 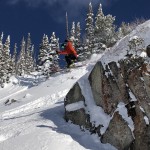 Did your lamp also burnt the battery compartment?

This headlamp is sweet! I have always used Black Diamond headlamps and this one is by far the best one I have used yet. I took it canyoneering in Southern Utah with my friend and we both agreed that it greatly improved our experience while adventuring. The headlamp was super useful while rapping into the canyon and I was stoked when I was able to see further and in more detail while night rappelling. I can't wait to take this headlamp on more adventures with me! 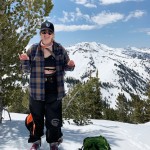 A lot of features with only one button

This headlamp is perfect for the night life up the mountains. It did take me about half and hour to figure out all the different button combinations for the different lights, and I sometimes forget which ones are which while climbing, but I do love the White, Blue, Red, and Green Lights on it. Plus the dimmer/brightener on the light is a nice addition as well. I am not sure how this compares to other headlamps as this is my first one, but once you master the button combinations your are all set for any amount of darkness.

Bright, lightweight, does the job well! I'm excited to use it on my upcoming backpacking trip in Southern Utah!

This thing sucks! Completely unreliable and wish I could return it immediately! I bought two because of the great reviews. Both keep auto dimming from bright setting and battery life is terrible. This thing is totally unreliable! There goes 70 dollars since my kids threw away the packages! Seriously, if you are doing predawn starts and finishing up long days in the dark, look else where! My last black diamond lamp was pretty great and I am totally at a loss for the huge down grade! 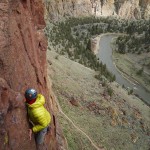 I love this headlamp! Iâve been using black diamond headlamps since I can remember, and they have always held up to what I have put them through. This one is no exception. It holds up extremely well, is super bright, and fits extremely well. Without that battery pack on the back, it keeps things nice and simple. I love having the battery readout along with all of the other nifty little features built in including the different colored lights! Overall one of my favorite headlamps Iâve owned 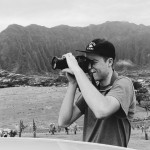 Great headlamp for the price. Bright, sturdy and the night vision modes are great !

I bought this to keep in my fishing bag. Seems legit for the price.

Either this headlamp is defective, or I am. I bought it over the weekend and used it for the first time on a dark decent from Lotta Balls Wall near Red Rocks, NV. I wanted a bright headlamp, and while this lamp is bright, it only stays bright for a few seconds before switching back to being dim on its own. I never could get it to stay bright enough to actually lead my partner and I out of the canyon we were climbing in, instead I had to follow closely in my partners footsteps. The Powertap function never worked reliably. Easily the worst headlamp I've ever owned. Returned it for a Petzl Tikka, now THAT'S a good headlamp. 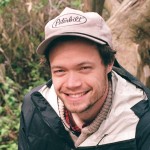 I really like the size of this headlamp. It fits well and has been great for touring and camping.