The Black Diamond Guide BT is an avalanche beacon that designed with a full list of features that can fit the needs of mountain professionals. It's built in a housing that has soft contact points to feel better and more secure in your hand when you're conducting a search, and its three-antenna design eliminates spikes or the scenario where your beacon incorrectly points to a location that is isn't near your victim. An impressive 60-meter circular range means you can pick up your victim's signal from farther away and get on track faster, helping to save precious time, and if the slide has buried multiple victims you can use the mark and scan function to locate multiple victims, and mark each as you find them so your partner can start digging for maximum efficiency. The Guide is equipped with a continuous carry mode, too, which can locate analog beacons in the event that the victim was carrying one.

Under no circumstance should anyone use, buy or sell these beacons. The switch mechanism to set the unit between off, search and send relys on a small plastic pin that is prone to not setting properly . Even when the pin is properly placed, it is still exactly that...a thin plastic pin that under any amount of stress, especially in cold weather could be broken even by hand, let alone the force exerted by the washing machine effect of an avalanche. Several times I took off my jacket or did a beacon test to find that the beacon had switched from on to off while touring or riding until it finally broke all together (Two separate units). There are a ton of similar poor reviews online citing the same safety concern of the beacon switching off unintentionally and rendering it useless. I am a die hard black diamond fan but I will never allow anyone in my group to rely on one of these units and I highly recommend that all vendors stop carrying them immediately. 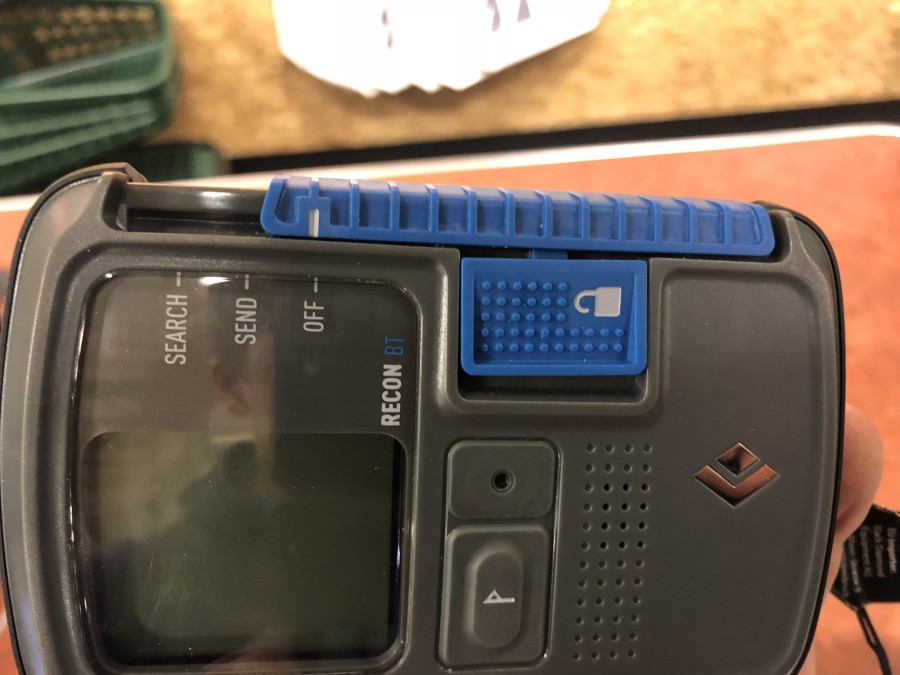 Thank you for flagging this issue. I've been very happy with my DSP Pro (previous, pre-BT version of the BD Guide BT) and I am considering buying this updated model for another family member. Would you mind pointing me to other reviews that you mention describe this failure mode? I've been unable to locate any similar report.

It’s sad to hear such a review. :( I am also a fan of BD. Why don't you contact the manufacturer?