Your double sleeping bag now has the sleeping pad of its dreams-the SLX Tent Floor Pad from Big Agnes. A 50in width fits two who like to get cozy or one who sleeps spread eagle, and large outer chambers keep air in the center so you won't end up with a hipbone digging into the ground at 2am. When the ground gets cooler in late fall, WRM HL high-loft synthetic top layer provides sleeping bag warmth-without the sleeping bag-though, you'll want that too when temps drop. If things do heat up, heat reflection deflects rising temps to keep you comfortable throughout the night whether you're camping at low elevation in May or high elevation in August.

Ok, this is a product I wish I would've bought years ago. My boyfriend and I were sick of falling into the damn canyon that's between our sleeping pads while we were camping/backpacking. We were hesitant about sharing a pad, worried that every move we made would be felt by the other person, but that wasn't the case. We both slept like babies thanks to how thick this inflates. We could snuggle when we wanted to but there's plenty of room to separate so we can catch some zzz's. It filled the floor of our Big Agnes Tiger Wall 2 man tent perfectly so there's no weird dead space or not enough space. It compresses down substantially and it's just a bit bigger than a nalgene bottle so super easy to pack. It's honestly changed the game for couples camping (I mean hell, I might even bring it solo camping and really live the luxury life!) 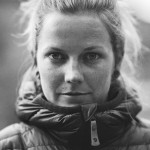 Turn your backpacking tent into a bouncy house! Not exactly, but you can cover the entire floor in 3.5" thick wall-to-wall air-pad bliss. The SLX Tent Floor Pad is a generously sized pad that will accomodate two sleepers or one person who prefers the starfish sleeping position. The tapered design fits perfectly into most standard two-person backpacking tents. With all the features of a technical, lightweight sleeping pad including two high-volume valves, this is one luxury you aren't going to want to skimp on.