The Atomic Hawx Ultra Xtd 120 Alpine Touring Boot unlocks the door to effortless ascents, hard, technical descents, and the versatility to ride the line between all-mountain skiing and freeride touring without missing a beat. Its stiff 120 flex is slightly more forgiving than its burlier sibling, the Hawx Ultra XTD 130, thanks to the addition of a polyurethane cuff, but the strong but lightweight Grilamid shell still maintains a consistent flex that doesn't vary in different temperatures. A reinforced spine keeps the boot stiff for better power transfer to your fat powder skis, which also allowed Atomic to remove unnecessary material that would otherwise weigh the boot down.

You have to go up to come down—as all dedicated backcountry skiers know—and the lightweight nature of the Hawx Ultra Xtd, combined with a generous 54-degree range of motion in walk mode make long climbs feel like a breeze. Both the shell and the liner can be easily customized to give you performance and comfort, and the forward lean is adjustable between 15 or 17 degrees to cater to your balance. Complete with rugged rubber soles for dependable traction on icy bootpacks, the Hawx Ultra Xtd has all the tools you need to quickly and effectively climb to claim big, burly, untouched lines.

I've skied on these boots (2019-20 model) for about 3 months with around 15-20 days on them and I've already had several extremely problematic issues. My second day using them I had the top most buckle break midday. Causing me to have to end my day early, and unable to ski only days after buying my new boots. Then... right before my last day out, the tongue of one of the liners completed disconnected from the rest of the liner due to poor stitching and a weak hold. Now after less than 20 days on my new boots I am left without boots in the middle of the ski season! I find out Atomic’s warranty process will take 4-6 weeks this time of the year, when I have several ski trips already paid and booked for the next several weekends. Not only will this ridiculously long process require me to not have boots for this time frame, but Atomic customer service said they would not reimburse me to buy new liners or for any rental fees since I would either have to buy new boots/liners or rent boots on my upcoming ski trips. I’m beyond disappointed that Atomic handles these situations so poorly and I am basically left without ski boots, at the heart of ski season, for 4-6 weeks. This is not the first issue I have had with my Atomic boots. The buckle broke, the strap's velcro is slowly pulling off from the strap, the strap’s stitching is slowly falling off, a pull tab on the walk mode fell off, the buckles tend to pop open, the liner broke, and several other smaller issues. This could be a defective boot, but regardless, with all the troubles I have had, and currently being out of a new boot in the middle of ski season, I would NOT recommend these boots. 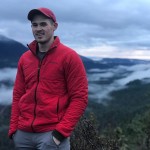